On How Missionary Strength is Made Perfect in Weakness

From the History of the Japanese Mission

Most gladly therefore will I rather glory in my infirmities, that the power of Christ may rest upon me (2 Cor. 12:9), the Apostle Paul confesses in his epistle to the Corinthian Christians. The experience of the Church shows that there is no better reward for man than sincere awareness of his spiritual poverty. It is precisely this that opens the inexhaustible fountain of Divine inspiration for the believing soul. For the strength of patience and gratitude to God do not go unnoticed by the Creator. The stories of real people—Japanese Christians, disciples of the Equal-to-the-Apostles Nicholas of Japan—clearly confirm this. 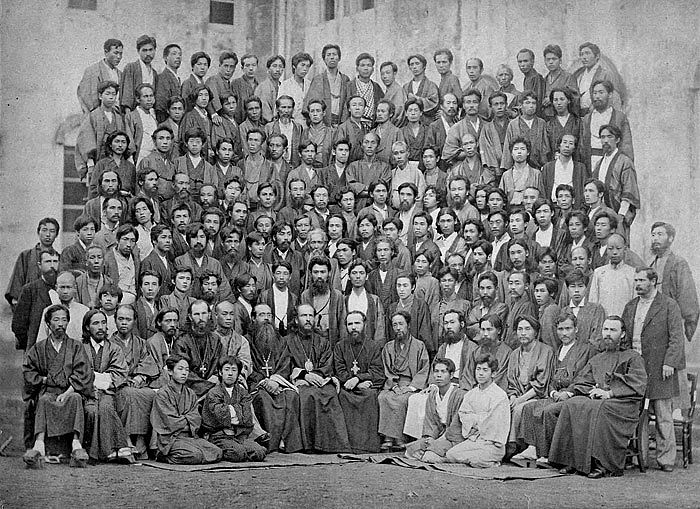 Group photo of participants in the Pan-Japanese Orthodox Council 1882. Holy Equal-to-the-Apostles Nicholas of Japan sits in the center.

Equal-to-the-Apostles Nicholas more than once confessed in his journals that it is very difficult to determine just how much this or that disciple could thereafter be useful for the mission. It was not uncommon that the best students of the seminary or catechetical school in time showed their incompetence in the realm of preaching, or completely quit serving. And conversely, those whom Vladyka reluctantly received into his educational institutions, in whom he saw no prospects while studying, would after some time surprise him with their worthy service.

This is how it was with catechist Moses Minato. The senior priest over him, Fr. John Katakura, greatly praised him as a preacher, expressing the general opinion of the Christians who awaited him in various places. Equal-to-the-Apostles Nicholas commented on this with surprise: “He used to work for ‘Seikyou-Simpo,’[1] antiquated and uneducated! I had such little hope in him when he entered the catechetical school almost against my will! You just never know!”

There was a student in the catechetical school of the Russian spiritual mission in Tokyo named Stephen Esasika. Vladyka and all the students considered him “the weakest of all the former students.” Stephen’s answers always brought a smile to his classmates, and his essays were very poor and disorderly. Moreover, he turned out to be of very weak health, and therefore even before graduating the course he was sent home, that is, he was dismissed from the school. A few years later the catechist Alexei Yamanaka was sent to near Stephen’s hometown. No assistants were found for him, so Alexei called on Stephen to help him. Soon afterwards Yamanaka was imprisoned, and there was only Esasika to give the sermon. “Who could have expected,” noted Vladyka, “that he would have such remarkable success?” But to the surprise of all, Stephen achieved such results in his sermon that the parish entrusted to him became one of the biggest in terms of number! 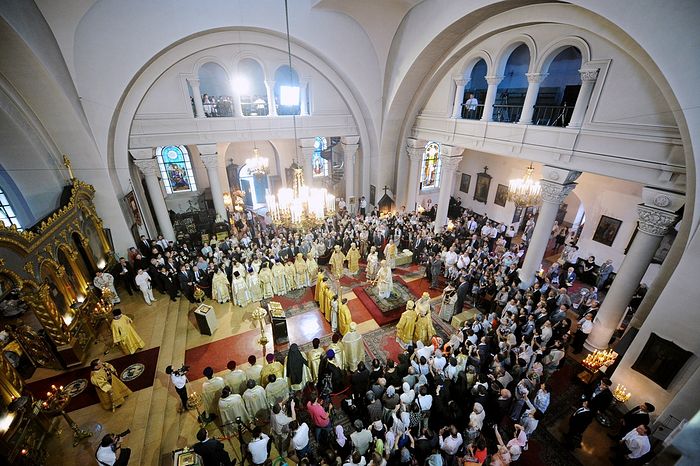 Visit of His Holiness Patriarch Kirll to Japan, September 14-18, 2012. Liturgy in the Resurrection Cathedral in Tokyo.

Another student from the catechetical school, Nicholas Tsutiya, was “mentally and morally similar to Esasika.” He always worked hard and was very religious. But he could in no way master even the most general knowledge of dogmatics and other theological disciplines. “The whole time he remained with that beginner’s catechetical knowledge of the faith with which he came to the school.” Meanwhile, several residents of one village wrote a collective letter asking for a preacher from the mission. Equal-to-the-Apostles Nicholas had no available catechists at his disposal then, so the Church council decided to deny the request for a time. But Nicholas Tsutiya privately asked to go. They allowed him to go, “because to further stay at the school would do him no good.” They gave Nicholas the primary catechism to take with him, to use to explain Church teachings as far as possible. There was practically no hope for success.

But, to the great astonishment of all, in just a short time Nicholas had lead two catechumens to the mission to accept Baptism, one of which was a village elder (the Japanese especially value the ability to logically reason and systematically present teachings). Nicholas also asked that they send a priest to where he was teaching to baptize others who were ready for the sacrament. And in every case, “through meticulous testing those prepared were found fully worthy of Baptism.” By the next Council of the Japanese Orthodox Church, Nicholas Tsutiya had managed to gather a small local Church. Additionally, at the Council delegates from this Church asked for two catechists to be sent to them, because they and many surrounding areas wanted to hear the teachings of the Church. They insisted that one of the catechists to be appointed had to be Nicholas Tsutiya.

As we can see, the power of God does not leave those who with the virtue of patience and gratitude to the Trinity endure all their difficult circumstances in life, whether from their external environment or even from their own nature. Humble honesty and hope in the Lord will not be put to shame. 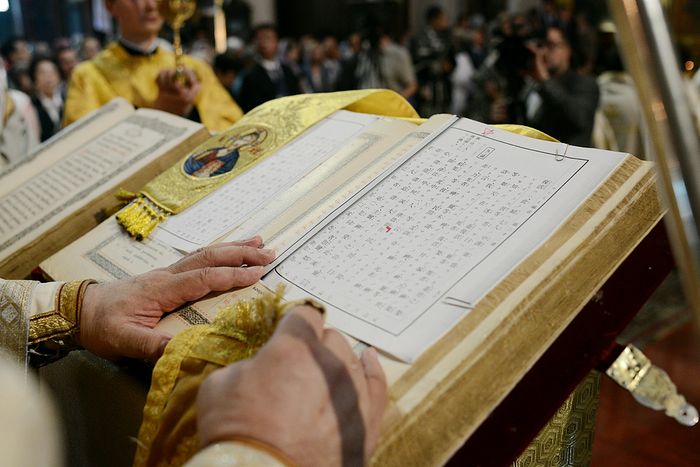 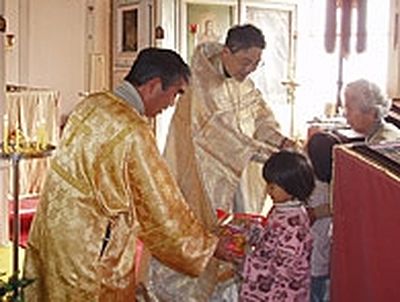 The Nativity of Christ in Orthodox Japan
Galina Besstremyannaya

The Nativity of Christ in Orthodox Japan
Galina Besstremyannaya
“Christ is born; glorify Him! Christ comes from heaven; meet ye Him!” Orthodox hymns of the Nativity service were sung in Church Slavonic at the church in Hakodate, founded by the Russian Consulate and built in 1859. 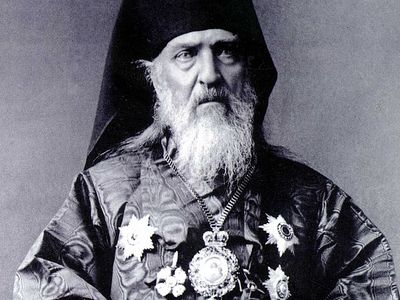 St. Nicholas of Japan on Buddhism
Deacon Giorgi Maximov
Of the tens of thousands of Japanese converted to Orthodoxy thanks to his labors, a significant portion were former Buddhists, and amongst his assistants were former Buddhist monks (Bhikkhu), for example, Paul Savabe. The saint studied Buddhism during the first eight years of his time in Japan, when, in his words, he “strove with all diligence to study Japanese history, religion, and the spirit of the Japanese people.” 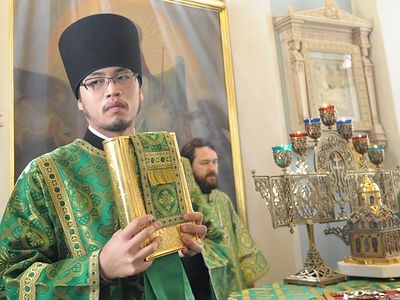 A monk from a samurai family
Hierodeacon Nikolai (Ono)