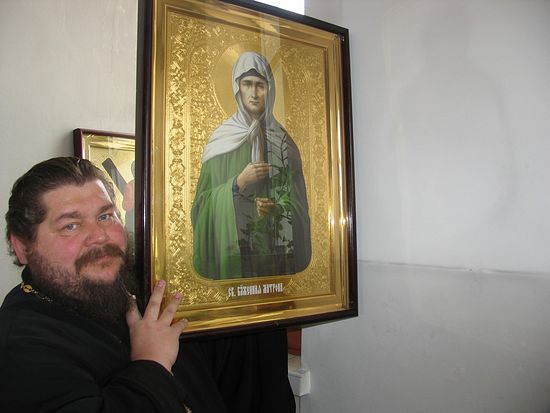 A shadowy image of St. Matrona was revealed on the wall of a Zelenodolsk church on her day, May 2, when parishioners removed her icon from the wall to place it in the middle of the church. The story from the Tatarstan church first appeared in social media, reports Zelenodolsk News.

The outline most likely has the nature of soot, parish rector Archpriest Vladimir says, noting that there is soot from candles and oil lamps all throughout the church. But how the soot got under the kiot and formed in the shape of St. Matrona, he cannot say. “Every church has its miracle,” Fr. Vladimir said, recalling how he wanted to build an iconostasis for the church, but a lack of funds and craftsmen prevented them, until everything necessary was suddenly found in the same day. 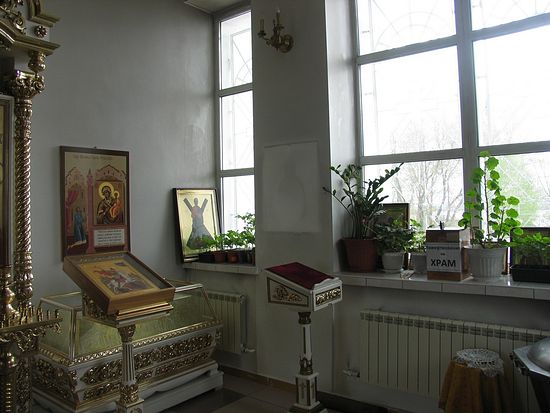 One young parishioner who greatly loves St. Matrona came to the church to see the image, and left with no doubt. “It’s a miracle! This is the first time I’ve seen something like this in my life,” he exclaimed.

According to Fr. Vladimir, this is not the first time that such a manifestation has appeared in the church—it simply was not reported before. When they decided to whitewash the walls, the face of St. Andrew the First-Called began to appear, and the image of His Holiness Patriarch Alexey has also appeared in the church.

“Miracle or not—I guess time will tell,” Fr. Vladimir said. “For the Orthodox, such appearances are just another reason to be strengthened in our faith.” 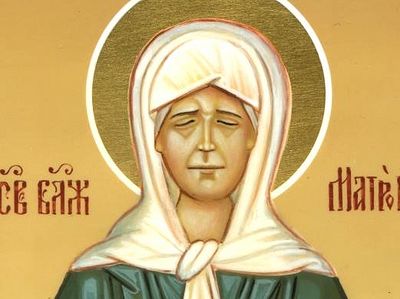 Akathist Hymn To St Matrona Of Moscow
Commemorated May 2
Rejoice, righteous mother Matrona, fervent intercessor for us before God. 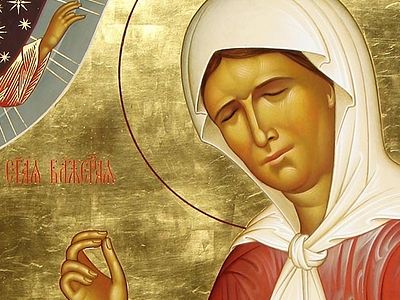 Miraculous Help from Blessed Matrona of Moscow in Our Day

Miraculous Help from Blessed Matrona of Moscow in Our Day
On February 23/March 8 the holy Orthodox Church celebrates the uncovering of the relics of St. Matrona of Moscow, one of the most beloved saints in Russia today. Her relics are kept at Moscow’s Holy Protection Monastery, where believers constantly flock, seeking her intercessions. We present here a collection of stories about help received from Blessed Matrona, sent to the editor of Pravoslavie.ru. 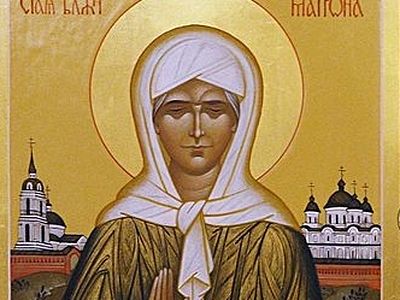 The Life of Blessed Matrona of Moscow
Commemorated April 19/May 2
Matrona acquired spiritual discernment, vision, wonderworking and healing at an early age. Her family and neighbours noticed that she knew not only about people’s sins and crimes but their thoughts as well. She saw the coming of dangers and social catastrophes. Her prayer healed the sick and comforted the suffering.
Комментарии