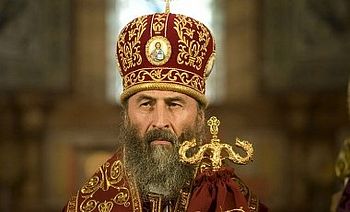 Primate of the Ukrainian Orthodox Church Metropolitan Onufriy of Kyiv and All Ukraine appealed to Ukrainian Interior Minister Arsen Avakov with a request to objectively investigate the brutal murder of Father Roman Nikolaev and nun Alevtina (Kravchuk).

As previously reported, on the night of 25 to 26 July 2015, unknown persons attempted murder of Father Roman Nikolaev, parish priest of the Holy Great Martyr Tetiana Church in Obolon district of Kyiv. As a result of fatal wounds, he died in a few days in the hospital without coming to co.

July 28th, 2015 was murdered nun Holy Ascension Florovsky nunnery in Kyiv Alevtina (in the world Natalia Kravchuk). On her body were found signs of violent death, including hands bound and traces of suffocation.

The facts of these murders were opened criminal proceedings under Art. 115 of the Criminal Code of Ukraine (premeditated murder) and started preliminary investigations. The press service of the Kyiv Metropolis of the UOC (MP).