Mystery Engulfs Shroud of Turin: DNA Found From All Over World 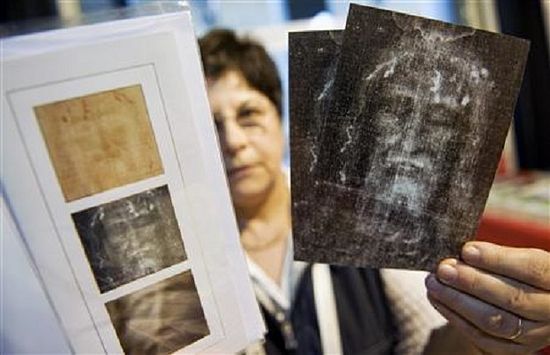 A woman shows souvenirs of the Holy Shroud at the official bookstore during the first day of its exhibition in Turin April 10, 2010.

Italian researchers have revealed that DNA tests conducted on the Shroud of Turin, which some believe to be the burial cloth of Jesus Christ, have shown that it contains traces of plants found from all around the world.

Real Clear Science reported that researchers sequenced the DNA of pollen and other dust particles from the 14-foot-long cloth, and were able to determine the types of plants and the biogeographic origin of people who have come into contact with it. Remarkably, evidence was found of plants from South America, the Middle East, Central Africa, Central Asia, China, and other regions.

"So, what does this mean? It's hard to say," the article said.

"According to legend, the shroud moved around quite a bit, from Jerusalem to Turkey to France and to its final resting place in Turin, Italy. The DNA evidence confirms that many different people, from many different places, got their hands on or near the shroud."

The report, published earlier in October, described the cloth as "a linen cloth, 4.4 m long and 1.1 m wide, bearing the double image of a man who suffered physical trauma in a manner consistent with crucifixion after being beaten, scourged and crowned with thorns."

It calls the shroud "the most important relic of Christianity" because of its supposed direct connection with the body of Christ roughly 2,000 years ago.

There have been numerous tests conducted on the cloth, with radiocarbon measurements in 1988 seemingly claiming that it was manufactured between 1260–1390 A.D., well after the time of Christ. Further research suggested, however, that the fibers tested at the time were from a later patch in the shroud, and were not part of the original cloth.

The report adds that dust particle DNA from the shroud "shows sequence profiles that identify numerous plant species and correspond to several distinct human DNA haplogroups. These results not only confirm that plant fibers and pollen grains are present on TS, as previously reported by optical microscopy, but also reveal that multiple human individuals touched or otherwise left traces of their DNA on the relic linen."

The scientists hope that the results will lead them one step closer to discovering the true origins of the famous cloth.

The Roman Catholic Church has never officially declared the shroud an actual relic belonging to Jesus, but it has been hailed by Vatican leaders, such as Pope Francis, as an "icon of love."

"The shroud attracts toward the face and the martyred body of Jesus and at the same time pushes us toward the face of those who suffer or are unjustly persecuted," Francis said in June during a two-day visit to Turin, where he prayed before the relic.

"It pushes us in the direction of the gift that is Jesus's love," he added. 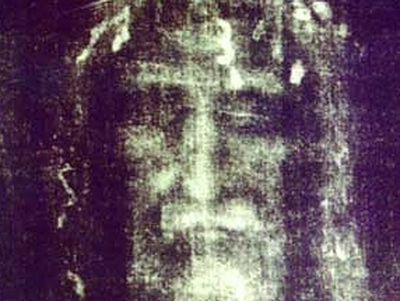 Researchers from the University of Padua Date the Shroud of Turin to the First Century Latest research has confirmed suppositions that the Shroud of Turin can be dated to the time of Jesus Christ. Scientists from the University of Padua claimthat the cloth on which the face and body contours of a crucified man are imprinted, dates back to the first century 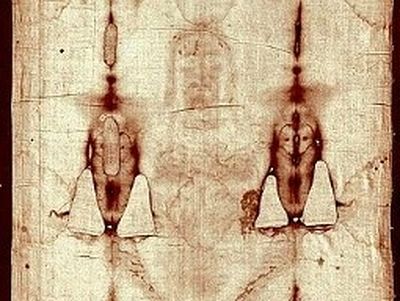 Science Shines New Light on Shroud of Turin’s Age While questions have been raised about his methodology, an Italian researcher’s novel use of test procedures suggests the shroud is indeed 2,000 years old. 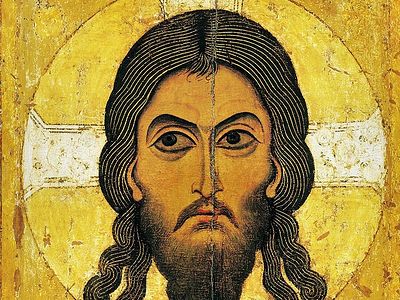 The Shroud of Turin: A Mystery Across the Ages Fr. Alexey Young

The Shroud of Turin: A Mystery Across the Ages Fr. Alexey Young On this day, the Church celebrates the icon of the Savior "Made Without Hands"—the prototype of which is believed to be an image of Jesus Christ's holy face, left on a cloth used to cover His face at burial after the crucifixion. An exhaustively researched and highly interesting article by Fr. Alexy Young, Nun Michaila, and Mary Mansur was published a number of years ago in the periodical, "Orthodox America" on the Shroud of Turin and the Holy Napkin. We present it today in the spirit of the present feast.
Комментарии