Preliminary findings have indicated that the bombing could have been motivated by revenge, he said at a meeting with President Viktor Yanukovich in Kiev.

The Interior Ministry, which promised Yanukovich that the crime would be solved in a week, has not named the arrested suspects.

The church was bombed at about 4:30 p.m. on July 28, killing one woman and wounding eight others. The woman, who was a nun, died from her injuries in hospital. 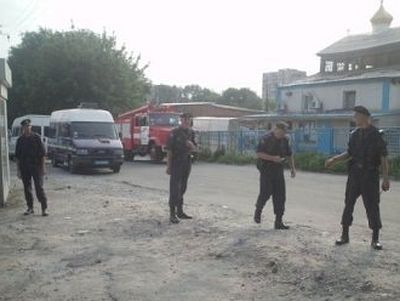 Nine Wounded in Explosion in Ukraine Church Nine people have been injured in a blast outside the Intercession Cathedral of the Ukrainian Orthodox Church of the Moscow Patriarchate in Zaporоzhyе, Ukraine on Wednesday, the regional police told Interfax. 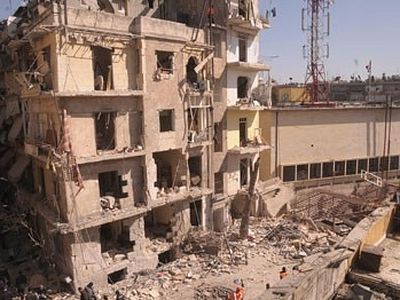 Mortar shell hits a church building in Sloviansk A shell fired by the Ukrainian army hit a church dome in the Sloviansk city center during the services for Pentecost, reported the city council in the evening of June 8 to RIA-Novosti.
Комментарии
Войдите через FaceBook ВКонтакте Яндекс Mail.Ru Google или введите свои данные: