Kiev Orthodox Youth Dispute with Mormons at Opening of Temple 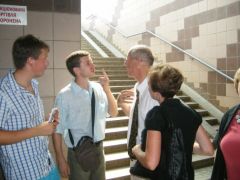 On August 7, in preparation for the opening in Kiev of the “Church of Jesus Christ Latter Day Saints,” members of the Kiev-based Orthodox youth organization, “Apostle Paul Mission” (headed by Archpriest Andrei Tkachev), the Orthodox English Club, and the “St. John the Theologian Mission,” conducted an anti-sectarian campaign.

The Mormons have recently built a temple in Kiev, and through advertisements in the metro, they have invited citizens of Kiev to their open house day. The first to respond were Orthodox activists, reports “Православіє в Україні.”

Upon arrival at the appointed time to meet with the Mormons, the young people passed out flyers exposing the beliefs of the Mormon sect to all who were interested in the neighborhood. They disputed with the Mormons, and invited them to dispute at the Orthodox Club. An Orthodox expert from Germany participated in the campaign along with the young people, helping them compose the text of the leaflets, while members of the Orthodox English Club helped them dispute with English speaking Mormons.

As one of the organizers of the campaign, Vadim Dymov, reports, the Mormons were not prepared for such a scenario; they were surprised, and did not know what to do—this was apparent from their disturbed behavior.

The Orthodox missionary society, “Apostle Paul Mission,” composed mainly of young fellows of fervent faith, have been conducting for eight months, with the blessing of Archpriest Andrei Tkachev, missionary campaigns with the intention of fighting sectarianism.

Anyone wishing to join them can write to pravmissia@gmail.com 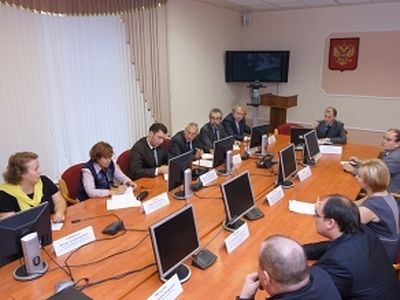 Archangelsk province organizes to oppose destructive sects The first meeting of a working group for counteraction against destructive religious cults took place on October 20, 2011 in Archangelsk. 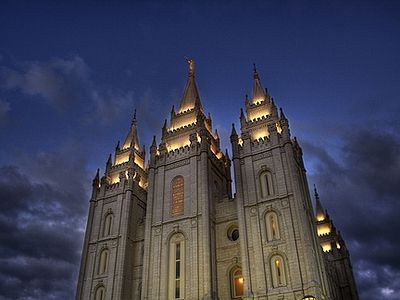 Is Mormonism Christian?: A Comparison of Mormonism and Historic Christianity

Is Mormonism Christian?: A Comparison of Mormonism and Historic Christianity The Bible teaches and orthodox Christians through the ages have believed that there is only one True and Living God and apart from Him there are no other Gods (Deuteronomy 6:4; Isaiah 43:10,11; 44:6,8; 45:21,22; 46:9; Mark 12:29-34). By contrast, the Mormon Church teaches that there are many Gods (Book of Abraham 4:3ff), and that we can become gods and goddesses in the celestial kingdom. It also teaches that those who achieve godhood will have spirit children who will worship and pray to them, just as we worship and pray to God the Father. 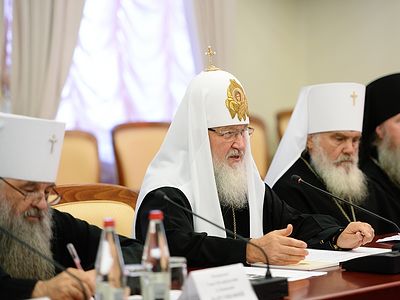 Patriarch Kirill concerned about sects spreading in the Far East