On November 27, 2010, on the commemoration day of the mass famine of 1932-1933, on the grounds of the Kiev state museum "Monument to the victims of Golodomor in the Ukraine," there was a memorial event including a litya for the dead served by His Beatitude, Metropolitan Vladimir of Kiev and All Ukraine, reports the press service of the Patriarch of Moscow and All Russia.

Also participating in the event where President V. F. Yanukovich and Prime Minister N. Y. Azarov. Flowers and stalks of wheat were placed with burning candles at the sculpture, "Bitter childhood memories," symbolizing the children who died of hunger.

After a moment of silence, His Beatitude Vladimir served the litya for the innocent victims of famine. Concelebrating were Bishop Irenei of Nezhinsk and Priluki and Bishop Seraphim of Yahotyn. The choir of the Kiev Theological School, lead by Igumen Roman (Podlubyank) sang the service. 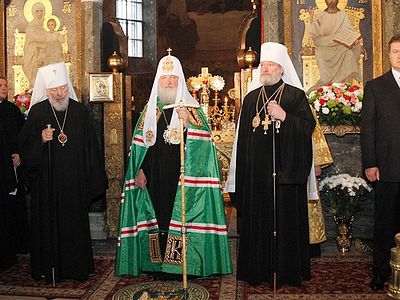 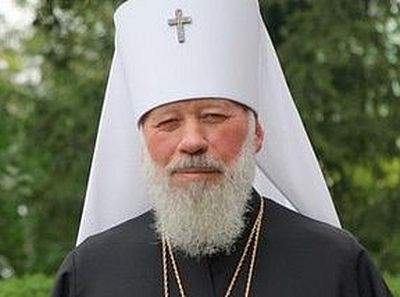 Metropolitan Vladimir of Kiev and All Ukraine dies 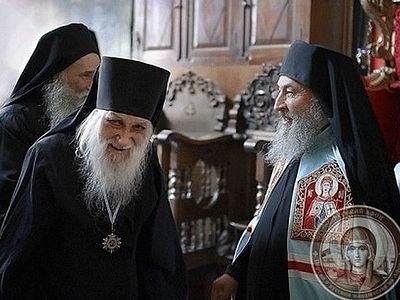 Metropolitan Onufry of Kiev visited Mt. Athos the day before his 70th birthday (+Photo) The Russian Athonite monastery received him solemnly, with ringing of church bells, not only as primate, but also as an old benefactor of the monastery.
Комментарии
Войдите через FaceBook ВКонтакте Яндекс Mail.Ru Google или введите свои данные: