SOURCE: The Telegraph
By Charles Moore 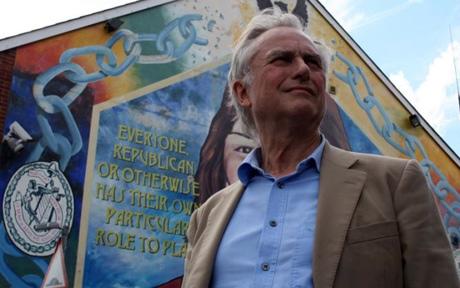 John Henry Newman wrote the greatest spiritual autobiography in English, his Apologia. In it, he recalls that, when young, he lived under the ''detestable doctrine’’ of predestination. He believed he was saved, which made him ignore everyone else and ''rest in the thought of two and two only absolute and luminously self-evident beings, myself and my Creator’’.

The great atheist Richard Dawkins seems, as a boy, to have had a similar cast of mind. Unlike Newman, however, he quickly discarded the idea of God. Which left only one absolute and luminously self-evident being – Richard Dawkins.

Or, to give him his full, hereditary name, Clinton Richard Dawkins. The Clinton is because Richard’s great-great-great-grandfather married the daughter of the British general Henry Clinton, who helped lose us America. As befits a great expert on genes, Dawkins is extremely interested in his own ancestry. His autobiography reproduces his family tree, showing, you might say, the origin of his species. It culminates in the name – printed, uniquely, in bold capitals: (CLINTON) RICHARD DAWKINS.

Dawkins has a generous self-centredness. Everything associated with him is blessed – his parents for giving birth to him, Ali, the ''loyal’’ family servant in colonial Africa, and Balliol College, Oxford, which had the good fortune to admit several generations of Dawkins men. When he admires others, one is made to feel how lucky they are.

After his friend the scientist Mike Cullen died, Dawkins delivered his eulogy. It is beautiful, thinks its author: ''I almost wept when I spoke that eulogy in Wadham chapel, and I almost wept again just now when rereading it 12 years later’.

Although his politics are theoretically of the Left, his mindset is imperial. As he wrote, in an earlier work quoted here (Dawkins quotes Dawkins as often as Jesus quotes the Old Testament): ''I was all but born with a pith helmet on my head.’’ This is attractive, because he dislikes political correctness. He is breezily at ease with mild paedophilia at prep school, and chortles away with anecdotes about (non-paedophilic) masters called things like Bunjy, Bufty, Boggy and Snappy. He rightly admires eccentricity and rightly associates it with private education. There is something marvellous about a book published in 2013 so old-fashioned that it ends a chapter with the resounding sentence: ''Oundle beckoned.’’

But he is, of course, a great scientist, a great writer about science and – though we shall learn more about this in the promised volume two – a world-famous evangelical missionary against God. It is really when Dawkins tells the story of his first huge success, The Selfish Gene, that the reader moves from cosy chat about dear, dead Oxford days to a sense that something really important was going on.

According to Dawkins, his big break was Edward Heath’s three-day week, imposed on January 1 1974 in response to the miners’ strike. His research on crickets depended on electricity. When the Heath power cuts started, this was interrupted, so he began instead to write the book he had been cogitating. He was paid an advance of £750. His theory – a development of Darwin’s ideas – was that natural selection was never for the good of the species, but for short-term gain. Nothing living of any organism survives except its genes: ''The genes are the immortals. When we have served our purpose we are cast aside. But genes are denizens of geological time: genes are forever.’’

It is impossible when reading such passages not to recognise Dawkins’s amazing gifts of lucidity and intellectual passion. Even the most refined scientists agreed that he had managed to convey new science accurately, without maths and yet without populist distortion.

This was magnificent. But his passionate eloquence suggests something else, something that smacks of the religious zeal that Dawkins says he so detests. In the opening paragraph of chapter one, which Dawkins reprints, he says: “Living organisms had existed on earth, without ever knowing why, for over 3,000 million years before the truth finally dawned. His name was Charles Darwin.’’ Replace the words ''Charles Darwin’’ with ''Jesus Christ’’, and you will see how strongly, in temperament, Dawkins resembles the preacher rather than the cool-headed thinker. He is Darwin’s St Paul. His anger against God seems to arise not so much from His non-existence as from His effrontery in disagreeing with Messrs Darwin and Dawkins.

Nothing reveals Dawkins’s self-absorption more tellingly than his moments of strategic modesty. This book concludes with a comparison of his own writings with those of Darwin, purportedly to prove Darwin’s superiority, but really establishing a subliminal link between the two great men. As he approaches his last page, Dawkins suddenly bursts out against Darwin’s lack of public recognition: he was ''never Sir Charles, and what an amazing indictment of our honour system that is’’.

Indeed, and it is notable that, despite strong lobbying in that direction, he is not yet Sir Richard. I feel he is trying to tell us something.

Patriarch Kirill Believes Official Atheism in Europe Will Lead to Ghetto of Religious Fanatics Patriarch Kirill of Moscow and All Russia believes that present-day struggle of European authorities against religion under slogan of secularity will have a dangerous outcome. 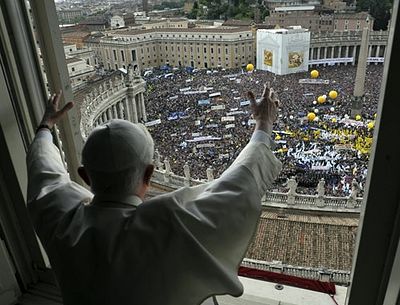 Why Doesn't Europe Need God? “Yes, the Moslems have come to you, but Islam is even more strict about moral values than Christianity, and doesn’t allow any compromise,” I noted. "It is just as decisively against those abortions, contraceptives, and divorces that are so dear to your hearts. With what new religion do you liberals counter? Who are your idols and authorities?” 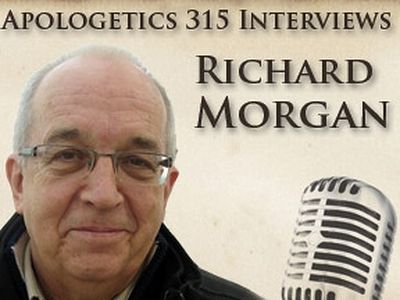 Atheist Richard Morgan Finds God by Following Richard Dawkins' Forum Three years later and still going strong, one man continues to prove to atheists that his conversion was not a “temporary brain infraction.”
Комментарии
Войдите через FaceBook ВКонтакте Яндекс Mail.Ru Google или введите свои данные:
Luca25 декабря 2013, 00:00
Why the so-called atheists write so much about God ? They write about someone that for them does not even exist: how can it be ? What really upsets them ? They probably have not peace in their hearts, that is why they just keep addressing to us. As always, they build their own idea of God and then attack Christians, but that is idolatry, not God. They think that God is a master. God for us has a name: Jesus. He loves us so much , He is the real friend of mankind , He looks for us all the time, we only should make more room for him in our hearts ! Luca