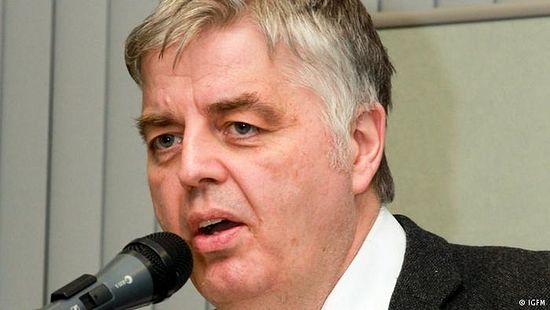 The spiritual leader of the world's Orthodox Christians, Ecumenical Patriarch Batholomew of Constantinople, arrives to Germany May 10. During his nine-day visit, the 74-year-old will meet with state representatives including Chancellor Angela Merkel and President Joachim Gauck. He'll also be a guest of honor at major Christian churches, and receive an honorary doctorate from the University of Munich.

Bartholomew I has been the Ecumenical Patriarch of Constantinople, based in Istanbul, since November 1991. Orthodox Christians are a tiny minority in Turkey, and the population routinely faces discrimination. Walter Flick, a religious expert with the International Society for Human Rights in Germany, shares his insights on the situation in an interview with DW.

DW: Are Christians oppressed in Turkey?

Walter Flick: Turkey has almost 80 million inhabitants. There are only around 120,000 Christians, which is less than 1 percent of the population. Christians are certainly seen as second-class citizens. A real citizen is Muslim, and those who aren't Muslim are seen as suspicious. Christians aren't equal. You can't say they're being persecuted in Turkey, but they don't have the same rights, especially when it comes to religious freedom.

Is the position of Greek Orthodox Christians in Turkey even more difficult?

Yes, there are difficulties. When the Treaty of Lausanne was signed in 1923 - after the World War I and the Greco-Turkish War - Greek Orthodox Christians were given a special status allowing them to set up their own schools and institutions. But they don't have full rights. There are Greek Orthodox schools and newspapers in Istanbul, and there's a patriarchate. But the Halki seminary for Greek Orthodox theological education was closed in 1971 - and despite certain promises, it hasn't been reopened.

How can the patriarch fulfill his duties if the Turkish government doesn't like even his title?

He is the ecumenical patriarch of Constantinople, representing 300 million Orthodox Christians. But he's not been able to wield this title as he should - and this is a historic title that's been around since the 6th century! He isn't referred to as "Ecumenical Patriarch" within Turkey. The name is accepted overseas, but in Turkey he can't use that title, which was afforded by the European Convention on Human Rights.

The state has started confiscating real estate belonging to Greek Orthodox Christians. Many properties have been lost over the past few decades, for example office buildings, orphanages and other institutions. Of course that's touched a nerve with the church - the dwindling Greek Orthodox population in Turkey, about 5,000 people, depend on income from properties. If church members bequeath property, the church isn't able to easily receive it. In 2011, Prime Minister Erdogan promised return of expropriated real estate. Although that's been partly carried out, not all of it has been returned.

Bartholomew is regarded as a man of binding words and an outstretched hand. Does he have hope for fixing the problems his religious community is experiencing in Turkey?

I hope so. The opening of the Halki seminary is something that was promised decades ago. Then there have been law reforms announced, that for example private school law would be changed. But no dates have been given. Perhaps they will return everything next year, on the anniversary of the pogrom against Greeks in Turkey, in September 1955.

If the pan-Orthodox council takes place in Istanbul in 2016, that could be a historic event. What gestures might you expect to see from the Turkish government?

Of course the Halki seminary should be opened. And then the rest of the outstanding property should be returned to the Greek Orthodox Church. It would also be important for the churches to be given legal personhood in Turkey - something the patriarch has been demanding for some time. Then it would be possible for them to acquire property and register land. This would create a sense of security, and should definitely happen. 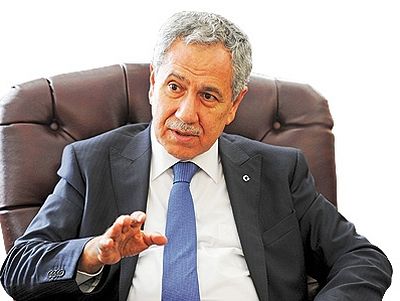 Arınç Asks Greece To Reopen Halki Seminary In an exclusive interview with Today&#900;s Zaman, B&#252;lent Ar&#305;n&#231;, Deputy Prime Minister and government spokesman, called on both the Greek Patriarchate together with the US to actually press the Greek government to play its part in facilitating steps to reopen the seminary. 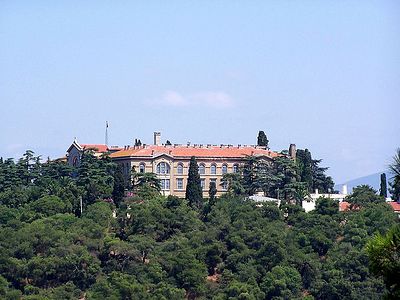 Theological school on Chalki not to open

Theological school on Chalki not to open The Turkish authorities have not included this issue into the so-called "democratization packet" that was promulgated several days ago. 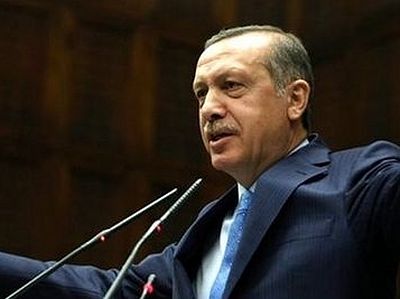