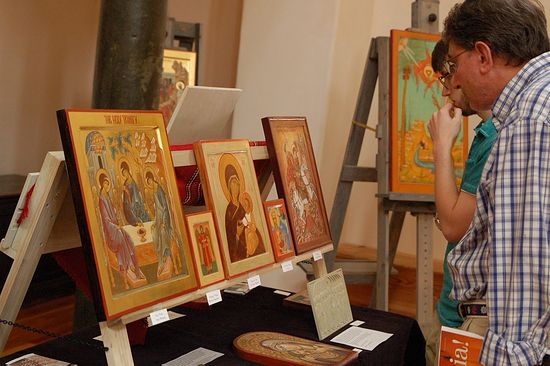 On May 23rd, iconographers Philip Davydov and Fr. Silouan Justiniano spoke at a symposium titled “Living Tradition: Painting Sacred Icons in the 21st Century”. The event was the first of its kind organized by the Orthodox Arts Journal. It was held at Holy Ascension Orthodox Church in Charleston, SC.

The event focused on the question of how iconography can adhere to tradition while also remaining fresh, free, and alive. The talks explored this topic through history, highlighting examples from the past and present that exemplify this balance. There was also a small exhibition of contemporary icons which illustrated many of the principles discussed.

Andrew Gould introduced the talks, framing the topic of living tradition as a timely one for our society. Ours is an age where the revival of traditional arts can be seen almost everywhere. In music, dress, graphic design, architecture, cuisine, every artist seems to be claiming some revived connection to a traditional American past. This is especially true in Charleston, a nexus for the arts and preservation, and a milieu in which arguments about what constitutes a living versus dead tradition are common in the public sphere. Andrew suggested that Orthodox iconography can serve as an example and a light to the world in this process of rediscovering our cultural heritage. 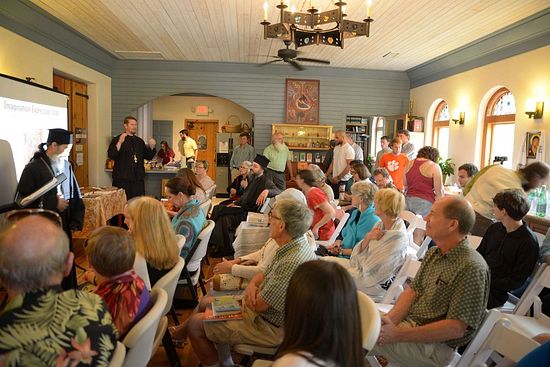 Philip Davydov, with an extensive slideshow, led us through the entire history of iconographic expression. He showed fascinating examples of how the tradition evolved through the centuries. In particular, he focused on the 20th-century revival of icon painting in Russia, highlighting the tendency of the major iconographic workshops to over-conventionalize their technique, fostering work devoid of artistic freedom and living expression. He also showed the works of more daring iconographers, whose icons sometimes fall beyond the boundaries of the liturgically acceptable, but whose painting is alive with power and expression.

Fr. Silouan began his lecture by exploring the philosophy and theology of artistic creation, focusing on relationship between noetic perception and the imagination. He suggested that artistic freedom is morally essential to iconography, quoting Ruskin in saying, “industry without art is brutality.” Fr. Silouan went on to describe many of his own works. Having been commissioned to paint icons of obscure saints or unusual compositions, he has sometimes needed to develop new iconographic forms. He described his process for this – how he decides when to borrow from the past and when to draw from his own imagination.

The exhibition of icons included stunning works by both iconographers, and also icons painted by Olga Shalamova, Ksenia Pokrovsky, Mat. Ann Margitich, Alexander Chornii, and Angela Ludosanu, and an extensive group of carved-stone icons by Jonathan Pageau. The exhibition took place in Holy Ascension Church, where visitors could also view the church’s icons painted by Dmitri Shkolnik and Andrew Tregubov. 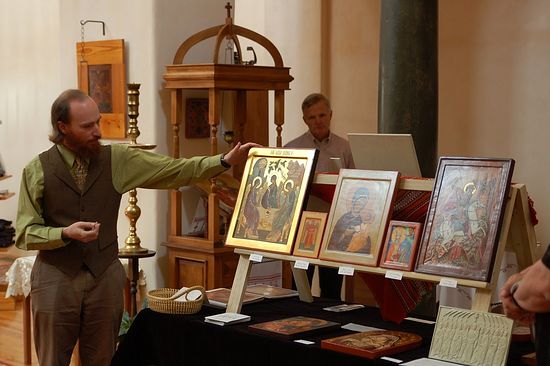 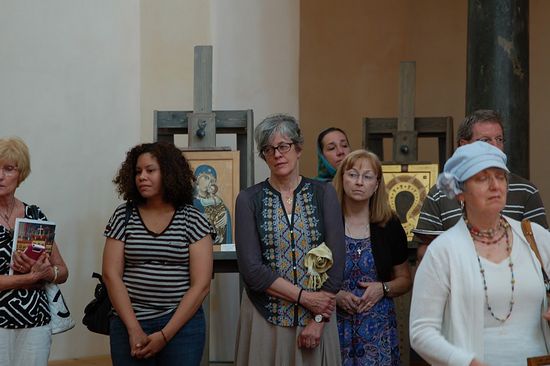 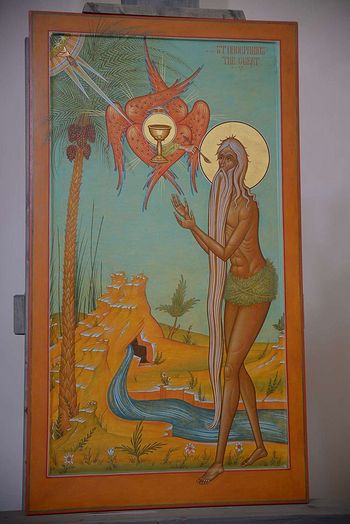 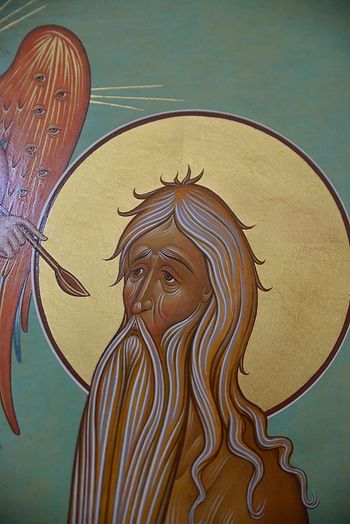 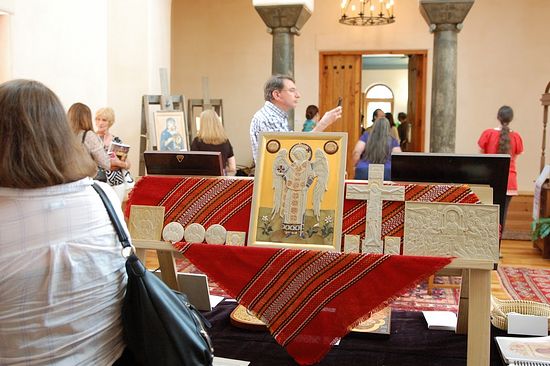 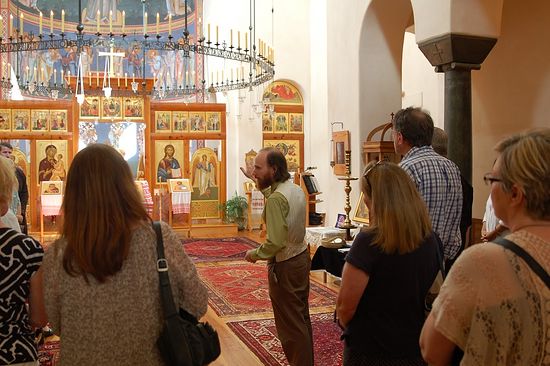 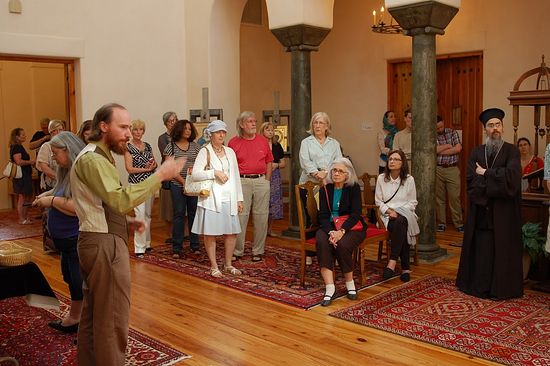 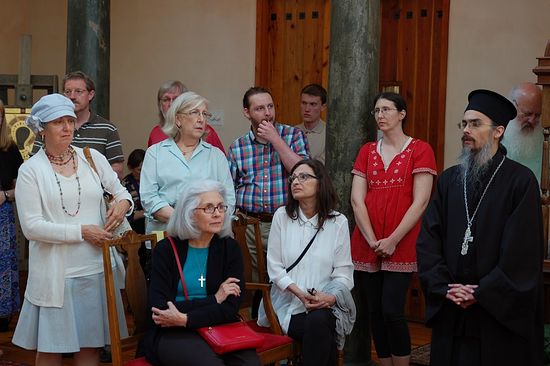 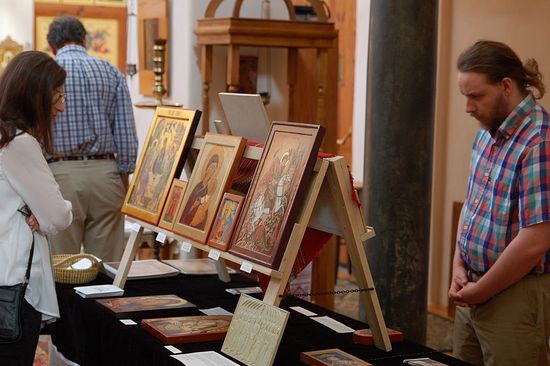 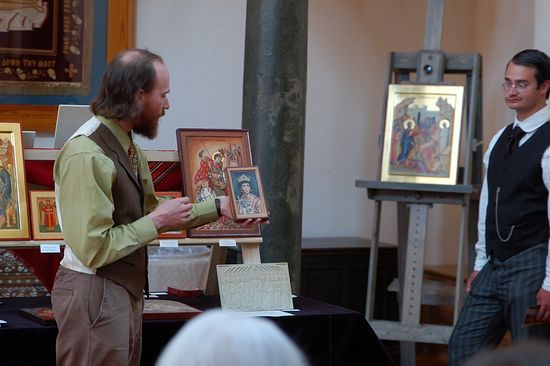 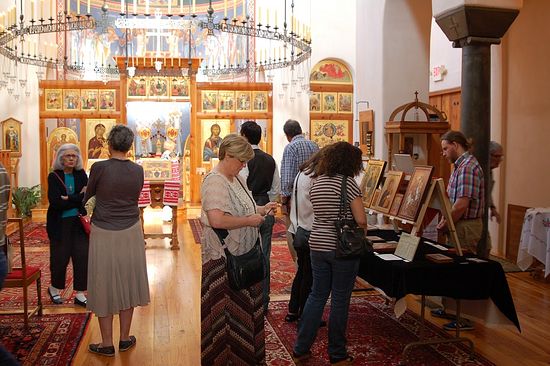 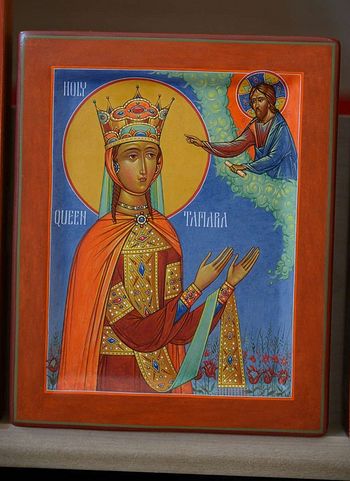 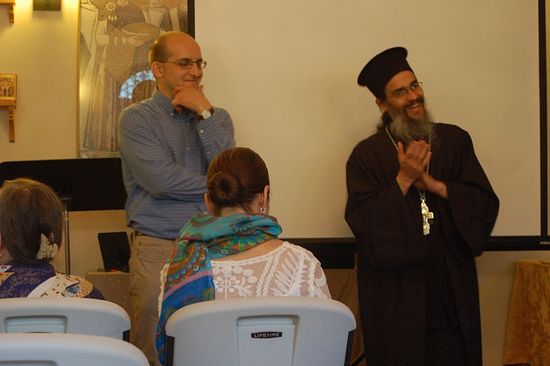 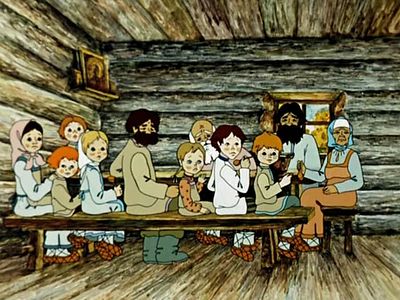 Family Dinner as the Best Time to Educate Children A Mother’s Notes Anna Saprykina To read something pious at the table is a normal thing for a monastery. But to do something like that in the family would be completely impossible—at least in such a large family as mine, with small children... 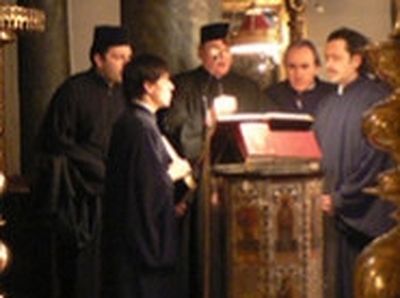 Why Don’t We Pay Our Church Musicians?

Why Don’t We Pay Our Church Musicians? The obvious question here is, why are we behaving in such an irrational and self-defeating manner? Why aren’t we just paying church musicians what they’re worth? The easy answer is, “we can’t afford it.” But it’s not that simple. 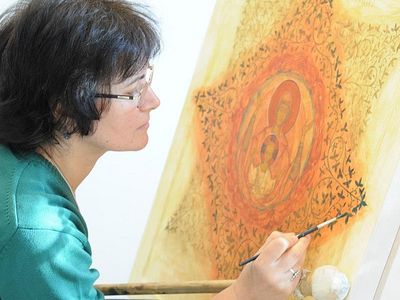 The New Romanian Masters: Innovative Iconography in the Matrix of Tradition

The New Romanian Masters: Innovative Iconography in the Matrix of Tradition It would have been impossible to imagine a public conversation on icons and their veneration a quarter of a century ago in communist Romania.
Комментарии