The Fathers and Us 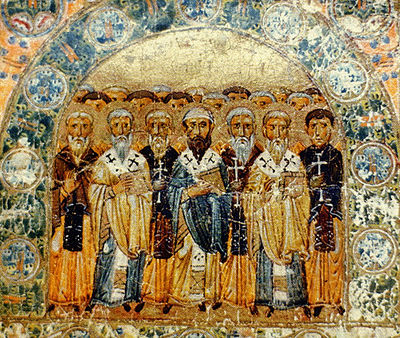 There are two currents regarding the fathers of the Church that are competing on Antiochian territory and perhaps in other churches. One calls for following the fathers in every matter and regards any departure from their teaching or new interpretation of their sayings and even the act of facing new challenges to the faith to be a sort of deviation from the faith and a departure from correctness of belief and Orthodoxy. Some followers of this current even go so far as to accuse those who disagree with them of heresy. As for the other current, it regards itself as modernist and fashionable with no need for the fathers. It regards them as old-fashioned, obsolete, from the past, or a milestone in history. Followers of this current focus on the present moment, its givens and its challenges. It is open to the theological teaching in other churches, disregarding the rich heritage of the Church.

One current glorifies the fathers and the other does not give them any importance. Which one do you think is correct? In reality, both are mistaken, because both start from untrue premises. They limit the fathers to the past and ignore the continuing work of the Holy Spirit, His continuing sanctifying activity among those who are purified, those who are illuminated, and those who are deified. First of all, who are the fathers? They are great teachers who are found in the Church and who contribute to confirming the correct faith or confronting heresies. They are regarded as saints in the Church because they combine spiritual sophistication, a virtuous life, and illumination with with learning, particularly theological learning. Many of them attained advanced worldly learning and placed it in the service of the true faith. They enriched the Christian tradition and laid its theological foundations. The fathers of the Church faced the social and religious challenges of their times. They taught and worked. For this reason, the Church regards their teaching as an indispensable treasure. It constitutes a great amount of holy tradition, the work of the Holy Spirit in the Church.

They all combined a life of holiness with theological learning. The fathers of the Church were not theoreticians, even if they commented and explained and some of them excelled in this field or that. They were not leaders of intellectual or even theological schools of thought. They did not start off on the basis of the philosophical thinking that they had mastered, but rather placed it in the service of faith and harnessed it to express the truth that they found in Christ. They spoke in a language appropriate to their times. The Church needs to elucidate and explain the faith to each generation in the language that it understands and the fathers excelled at this.

We may find in some of them, especially those that are distant from us in time, a language that is difficult for us, a style that is not palatable for us, or positions that are not in accord with our present intellectual, social or political concepts. This is due to the difference in styles, theories, concepts and challenges between our time and theirs. The truth is that we cannot speak about them all together because they are not all a single block in all things. Each of them bears the language, the concepts, the science, the customs and the culture of his time. They may differ in their position about a given issue in the Church and this has happened repeatedly in the history of the Church, but they do not differ in the fundamentals of the faith. Let us remember the two different positions taken by the Apostles Peter and Paul and the solution they found for it.

In the 15th century in Russia, there was a great rivalry between Saints Joseph and Nil, to the point that the monks of that time were called either Josephites or Nilites. The central point of contention between them was monasteries' possessions. Is it right for monks to possess land and institutions or not? The Josephites said that it was right to hold possessions in order to put them in the service of the poor in society. The Nilites rejected this because they scrupulously kept to the spirit of monastic poverty and the total renunciation that they had vowed.

The ingenuity and holiness of the fathers lies in their making themselves worthy of God working freely within them and their ability to re-evanelize the people of their time with the true Gospel. The word "evangelism" comes from the word for "gospel" and means planting the Gospel in current society, the here and now. The Church is called in every time and place to use the language of the people whom it is evangelizing and to explain the Gospel to them.

Some limit the age of the fathers to the first eight centuries. This is not the Orthodox teaching in the least, simply because this would mean that the Holy Spirit stopped being active in the eighth century and this is not true. God is still present in His Church and shall remain active in it unto ages of ages. God has never withheld from the Church holy fathers who support mankind with correct teaching and true spiritual nourishment. In this way, we see a chain continuing from the days of the Apostles and Saint Ignatius of Antioch in the first century down to Sophrony Sakharov (d. 1993), whose sainthood has not yet been officially declared.

If we were to study every father separately and compare between the teaching of two who lived in different times, we would find a single content of faith and two different styles of expressing this single content. Certainly, a father in our present age faces challenges that fathers of previous centuries had not faced. The issues that are raised today were not like this in previous centuries, so let us take some examples of them: the relationship of the Bible to ancient cultures, issues of the biological sciences, social and political theories, changes in ethics, etc. After the seventeenth century, humanity began a new manner of intellectual engagement and science has developed a great deal from then until now. This scientific development has made its mark on the human intellect and caused it to deal with all things in critical manner. Those who are concerned with teaching must take these facts into account in order to guard the faith, preserve the faithful, and guide those who are astray.

Should the Church not deal with contemporary challenges, simply because the ancient fathers did not speak about them because they had not yet been posed in their day?

That is not the problem here, so much as it is the manner of dealing with theology. Theological discourse has not been separated from beholding the divine in the Church, specifically in the Orthodox Church. Therefore, the Church's fundamental saying is, "The theologian is one who prays." When a person is sanctified, moving beyond the stage of purification and reaching illumination, he dwells in God and receives His light which enlightens his mind in order to express it in a manner appropriate to his time. If he teaches someone who is not yet illumined, he relies on the teaching of those who have been sanctified and follows their sanctifying path. Theological teaching is not a special intellectual pattern. The Church is not a philosophical school. It it something similar to someone who speaks of love because he has tasted it, known it, an experienced it.

For the fathers, the life of asceticism and prayer was tied to the gift of teaching, guiding and explaining. What they have offered the Church and the world is the result of living experience and not of intellectual theorizing influenced by this or that philosophical school.

For the fathers, the faith supposes that we do not "cherry-pick" their teachings. That is, we do not take teachings and sayings from here or there to prove an idea that we hold or to refute a position that we think is deviant. Rather, we deal with them with what the theologians of our Church call "the mind of the fathers" or "the patristic context." The Church is "patristic" in the sense that the teachings of her fathers are the fundamental basis for understanding her theology, spirituality and way of thinking. Therefore they are indispensable for her. Familiarity with the fathers means imitating their familiarity with Christ and the life of virtue that they lived and absorbing much of their teaching. When you live according to the true spirit of the Church, you acquire an Orthodox (of, if you want you could say "patristic") soul. You look at everything through it and it warns you of errors here and there. However you do not acquire this on your own, but within the assembly of the Church with which you live a unity of faith. The assembly preserves you from extremism or exaggeration and thus helps you to remain on the correct path. 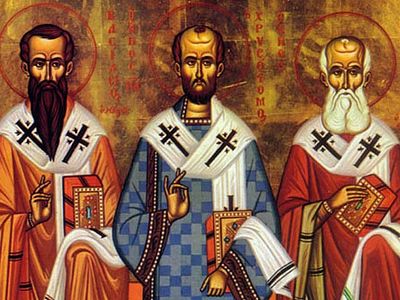 On the Knowability of God in the Cappadocians and St. John Chrysostom Jesse Dominick

On the Knowability of God in the Cappadocians and St. John Chrysostom Jesse Dominick But the uniqueness of the Orthodox Church is precisely that it alone among the Christian confessions refuses to reduce the perfection of Christ, and what it means to be perfect in Christ. The martyric spirit of the martyrs themselves and the monastics after them is not driven and sustained by a wise teacher, but rather by the God Who is Life and Who offers that Life to us through His salvific economy in His Church. 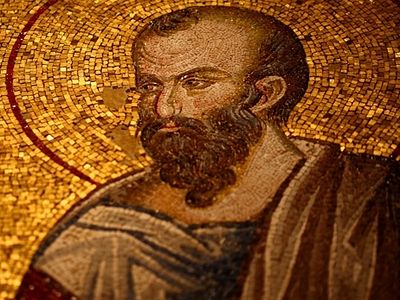 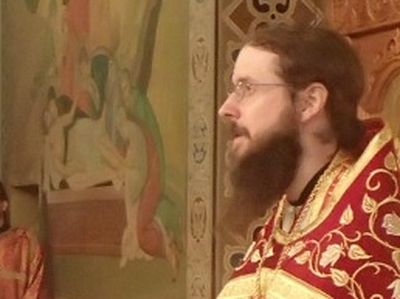 Orthodox Living in the Modern World: Steps to Spiritual Transformation From a talk by Schema-Archimandrite Sergius (Bowyer)

Orthodox Living in the Modern World: Steps to Spiritual Transformation From a talk by Schema-Archimandrite Sergius (Bowyer) Archimandrite Sergius (Bowyer) In this talk Fr. Sergius speaks on several important themes, including the benefits of pilgrimage for helping us to encounter God, the power of the saints, moving away from an inner monologue towards a dialogue with God beginning with a consistent prayer rule, and having an attitude of blessing and thanksgiving.
Комментарии