Source: The Orthodox Church in America 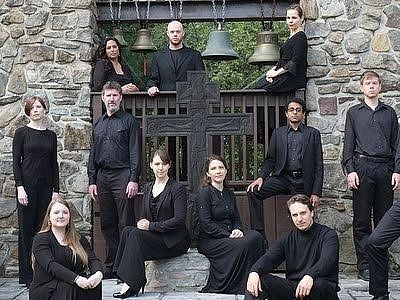 The concert will be the second annual Memorial Day Concert by the Chamber Choir and will honor departed loved ones. The program will include two a cappella choral works: Stepan Smolensky’s deeply contemplative Memorial Service for Tsar Alexander III (1904), scored for male chorus, and presented in a new English transcription by Benedict Sheehan, and seven of Tchaikovsky’s seminal Nine Sacred Pieces (1885), performed in the original Church Slavonic.

“One of the distinguishing features of Orthodox Christianity is the extent to which the departed are held in continual remembrance,” says artistic director Benedict Sheehan. “There is literally no service in the Orthodox Church that does not at some point remember those who have fallen asleep, often by name. This phenomenon witnesses to the fact that living believers see themselves as but a small part of that great ‘cloud of witnesses’ who have gone before, and which we ourselves will ultimately join. This depth and timelessness, this sense of being connected to an eternal reality, runs through Orthodox sacred music. Our concert is an attempt to present some of that reality, and to invite others to participate in it by remembering their own departed loved ones.

“While only one of Tchaikovsky’s pieces expressly refers to the departed,” says Sheehan, “all of them partake in that sense of the nearness of eternity that characterizes the best examples of Orthodox music. They also formed an artistic foundation for the immense flowering of Russian sacred choral music in the late 19th and early 20th centuries.”

The Chamber Choir of Saint Tikhon’s Monastery is composed of some of the finest solo and ensemble singers from the New York area and across North America. Among those appearing with the ensemble during this concert will be Portland-based baritone John Michael Boyer, known internationally for his work with Cappella Romana; and mezzo-soprano Tynan Davis, whose voice may be heard in Grammy award-winning ensembles Conspirare and Roomful of Teeth and who recently appeared in the cast of the North American Tour of Phantom of the Opera. The choir will also be joined once again by renowned American basso profundo Glenn Miller, a veteran of numerous recordings and concert stages, including Robert Shaw’s seminal recording of Rachmaninoff’s All-Night Vigil (1990), Conspirare’s Grammy award-winning Sacred Spirit of Russia (2014), and Clarion Choir’s recent Grammy-nominated Passion Week (2016).

Memorial gifts and concert sponsorships are welcome, and the names and photographs of departed loved ones will be featured during the performance, as well as commemorated during the weekend’s Divine Liturgies. Please contact Seraphim Danckaert, Director of Mission Advancement, at seraphim.danckaert@stots.edu for more information or to make a memorial gift in honor of loved ones to be remembered during the concert. 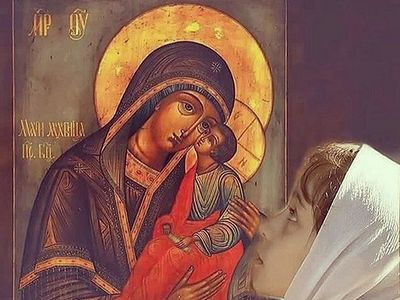 What is Art?
Archpriest Andrew Phillips

What is Art?
Archpriest Andrew Phillips
We can define art in its broadest sense by its etymology: art means something artificial, that is, manmade. However, anyone can see that there are great differences between manmade things, as manmade things fit into different levels. Thus, there is a great difference between a spade and an antique vase, or a 1960s block of flats and a palace, a Picasso and a Rembrandt, or heavy rock music and a Strauss waltz. All are manmade, but the former examples reflect a lack of inspiration as compared to the latter. What then is inspiration?

"Where your treasure is, there your heart is." The state of Church singing in America
Jesse Dominick, Benedict Sheehan 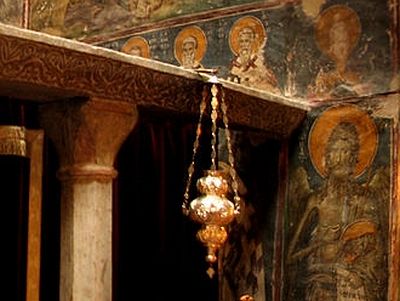 It sounds like there are angels in the buildings

It sounds like there are angels in the buildings
Monks in Byzantium said it was the gently pulsing rhythms, uplifting melodies and resonating harmonies of liturgical chants floating through the corridors, sanctuaries and domes of their brick and stone churches. But in 2015, with advanced recording and acoustic measuring technology now available, what do we really mean by angelic sounds?
Комментарии
×