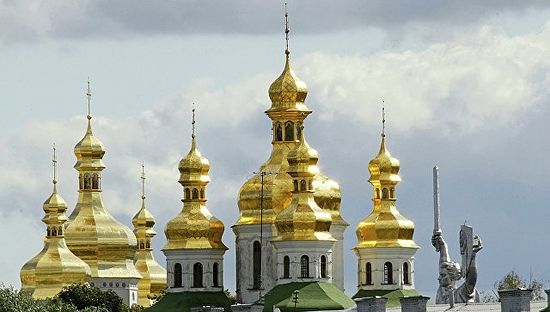 The recent prayer service of “Kiev Patriarchate” schismatics in the Kiev Caves Lavra’s Dormition Cathedral has no relation to true Orthodox Divine services, according to the head of the Ukrainian Church’s Synodal Information-Education Department Bishop Clement (Vecherya) of Irpin, reports RIA-Novosti.

On Sunday about 200 people on an “excursion” to the Kiev Caves Lavra began an illicit prayer service led by a schismatic priest, even using physical force to keep the resident monks from stopping them, claiming their infraction was a move towards freeing the Lavra from the “Moscow Pharisees.”

The Ukrainian Orthodox Church-Moscow Patriarchate has repeatedly reported on cases of harassment against priests and seizure of canonical parishes by representatives of the fake “Kiev Patriarchate,” often carried out with the support of the authorities and nationalist organizations.

“What happened in the Dormition Cathedral of the Kiev Caves Lavra can hardly be called a Divine service; it was an absolute provocation by representatives of the so-called Kiev Patriarchate. A group of people came under the guise of the usual excursions, and at some point began some kind of service with provocative petitions in their prayers. After a bit, when they were told that such services have to be done with the agreement of the clergy, they began using physical force against the brothers of the Lavra,” the department head stated.

According to Bp. Clement, the provocateurs main aim was to produce the video which was soon posted online, receiving a large response. “I think this initiative corresponds to the level of their culture—their spiritual and cultural level,” the hierarch added. 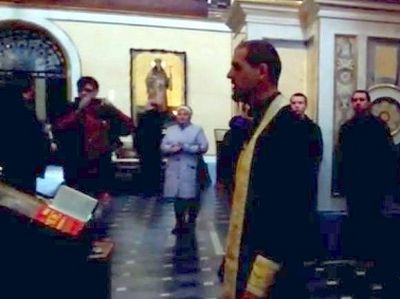 Schismatic priests invade Kiev Caves church
During a recent visit to the Kiev Caves Lavra, Ukraine’s holiest site, Ukrainian nationalist-schismatics defiled the holy Dormition Cathedral with their illicit prayers. The group brought their own “Kiev Patriarchate” priests on an “exhibition” to the ancient monastery, and began serving a Moleben in the canonical church. 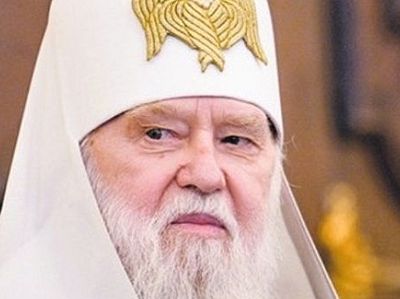 Orthodox Churches clearly expressed their attitude to Ukrainian schismatics. Did Philaret understand?
Tamar Lomidze
Forgetting Christ’s commandments, embracing ethnophyletism, giving preference to a Caesar, serving Mammon—all of these are symptoms of a serious disease that has affected schismatics of the so-called “Ukrainian Orthodox Church of the Kyiv Patriarchate” as a result of their falling away from Orthodoxy. 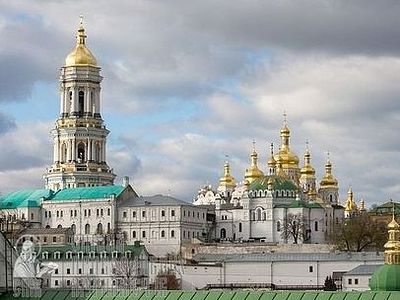 Seraphim14 марта 2017, 22:00
I do not understand what Provocative Requests were offered that would be considered Schismatic or unorthodox? Yes, they took over the site by force but i would like to know what makes the schismatic.
×