In a tiny village on the western Greek island of Kefallonia, hundreds of Greek Orthodox pilgrims flock every year– as they did this year again, to witness what many believe is a miracle that begins every year on or around August 6th, which is the feast of the Transfiguration.

Around the bell tower of the church, venomous snakes appear and begin crawling everywhere in the church, and particularly around an icon of the Virgin Mary. The snakes remain in the area of the church until August 15th, the feast day of the Dormition of the Virgin Mary. As soon as the Liturgy concludes on the 15th of August, they disappear back into the wilderness of the area. The snakes are not seen again until the following year. 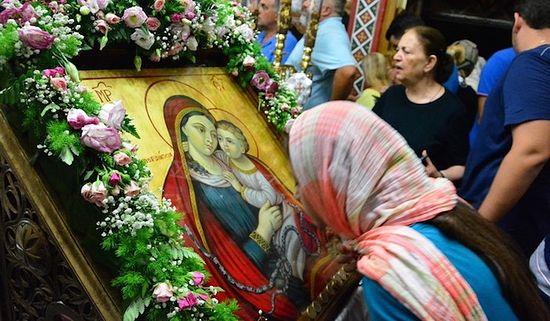 The chapel at Markopoulo is built on the ruins of a convent. The local legend varies but the general gist of the story that remains is this:

In the early 18th-century, the nuns of the convent there were attacked by pirates. After praying to the Virgin Mary for protection from the pirates, the nuns were transformed into snakes. When the pirates entered the convent they were terrified by the sight and fled. 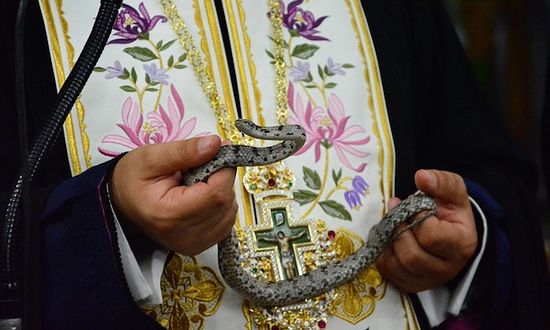 Every year since then, snakes have mysteriously appeared during the days of early August, venerating the icons there, leaving after the feast itself.

The snakes have failed to appear twice: in 1940, the year Greece was brought into the Second World War, and 1953, the year of a devastating earthquake on Kefallonia. Because of this, it is believed to be ominous if the snakes do not appear, or appear. 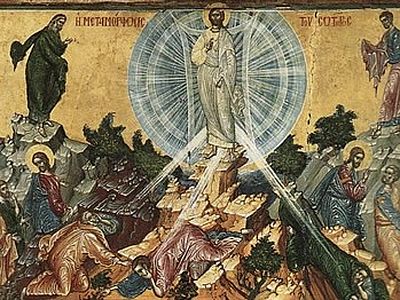 Sermon 51: On the Transfiguration
St. Leo the Great

Sermon 51: On the Transfiguration
St. Leo the Great
The Father was indeed present in the Son, and in the Lord's brightness, which He had tempered to the disciples' sight, the Father's Essence was not separated from the Only-begotten: but, in order to emphasize the two-fold personality, as the effulgence of the Son’s body displayed the Son to their sight, so the Father's voice from out the cloud announced the Father to their hearing. 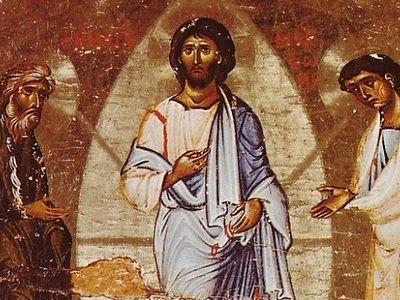 St. John Chrysostom and the Light of Tabor
Dr. Christopher Veniamin
A study of his sermon reveals the saint understood the light of Transfiguration as a manifestation of divinity—consistent with Orthodox theology as later more fully elucidated. 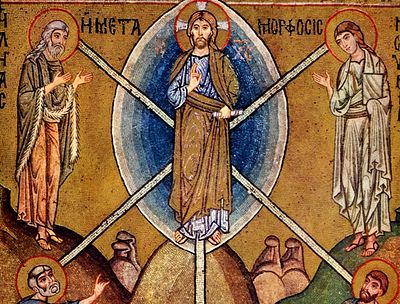 Prayer on the feast of the Transfiguration
Archimandrite Iachint Unciuleac

Prayer on the feast of the Transfiguration
Archimandrite Iachint Unciuleac
Come to us again, O Jesus—do not listen to Peter! Come down from Tabor and come to our homes, into our hearts! Come here, where we are suffering and laboring for our daily bread! Come here, where we are crucified by people, demons, and passions! If Peter does not want to come down, leave him on the mount and come to us, to our hearts!
Комментарии