The author and presenter is Metropolitan Hilarion (Alfeyev) of Volokolamsk, the director is Maria Guseva. The program began airing at 10.00 AM with a repeat at 10.00 PM on the same day.

This film is a part of the television documentary series called “Feasts”, which tells about the most important events throughout the Church liturgical year. This educational project is managed by the Neofit (“Neophytes”) studio at the request of the St. Gregory the Theologian Charitable Foundation with the support of the Federal Agency on Press and Mass Communications of the Russian Federation.

Metropolitan Hilarion recounted the story of the miracle of incarnation of God that took place more than two thousand years ago in the Bethlehem’s cave. The viewers learned about customs of the celebration of Nativity of Christ in various Orthodox and Catholic countries. When all the preparations for Christmas are behind us, it is time to admire the live Christmas scenes and plays in the Italian town of Canosa di Puglia which annually for several days resembles the Biblical Bethlehem, to enjoy the medieval mysteries in Strasbourg and York, and to learn about an Orthodox Nativity “flash mob”…

Metropolitan Hilarion narrates the story of the historical Biblical events connected with the great feast of Nativity of our Savior and describes what we see upon entering a church. Apart from the story of meaning of the feast, the metropolitan touches upon important subjects related to ethics and a spiritual life, and explains the Church teaching on a wide range of today’s topical issues.

The film series on Orthodox Church feasts was released and aired on the Russian Kultura (“Culture”) TV channel in 2013-2014 and 2014-2015, and now the film is being reshown at the request of a great many TV viewers.

Later this year television viewers will be able to watch films on the following feasts: Theophany, the Meeting of the Lord, the Annunciation of the Holy Virgin, Palm Sunday, the Resurrection of Christ (Easter), the Ascension of the Lord, Trinity Sunday (Pentecost), the Transfiguration of the Lord, and the Dormition of the Mother of God.

The film is available for watching online. 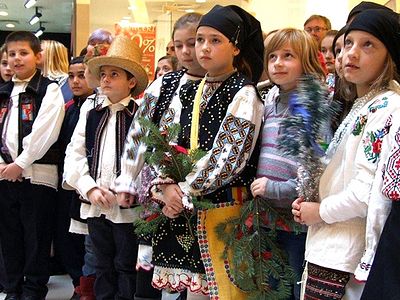 Sing Unto the Lord All the Earth Christmas Carol and Hymns

Sing Unto the Lord All the Earth Christmas Carol and Hymns Christians sing praises to the Lord in all languages, and not only in churches and prayers, but also in their songs, which become especially clear for all to see and hear during the feast of Christ’s Nativity, when all over the baptized world, from snow-covered Europe to green Greece and the waterless deserts of the Arab world. People sing Christmas carols and songs, praising the Infant God and His Most Pure Mother. 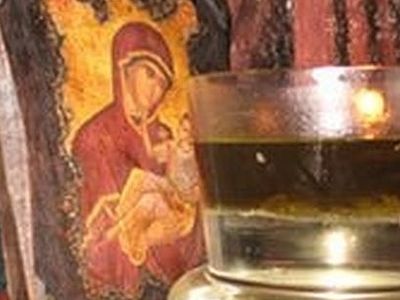 A Christmas Tradition on the Island of Tinos Tinian people preserve their local manners and customs as sacred.

An Orthodox Reflection on the 12 Days of Christmas Gabe Martini