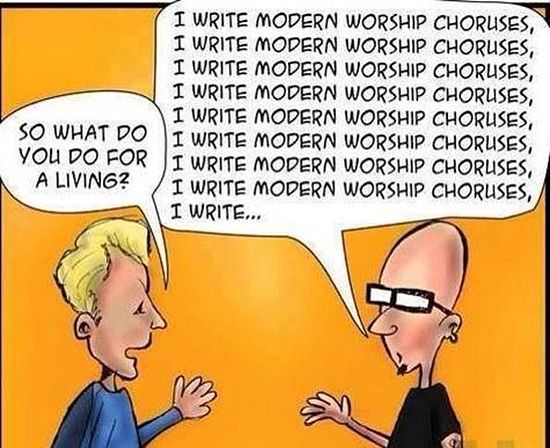 Heh. Reminds me of the time I was asked to lead a retreat for the women of an evangelical church, and they balked at the Jesus Prayer, charging that it was “vain repetition.” (Yes, this was after we’d sung quite a few repetitive praise choruses.)

I don’t object to repetition in prayer, because we need to repeat ourselves when we are saying something so profound, or so complex, that saying it once doesn’t exhaust it. We need complex and instructive prayers and hymns as well; we’re not toddlers. But, with words that are simple but deep, it’s sometimes good to just repeat them. I always give the example that, when a husband on his honeymoon tells his wife, “I love you, I love you, I love you,” she doesn’t say, “I heard you the first time.”

Repeating phrases of prayer gives us a chance to rest in the presence of the Lord, rather than following the relentless bloodhound of the mind to more new ideas, and new ideas, and new ideas. Exhausting. It gives us a chance to put the mind in neutral for a change, and rest. And what can happen after that—the mind might even go into reverse and start *listening*, and sensing the presence of the Lord, and hearing his voice. You need to have quiet, inner silence, in order to do that, but repetitive prayer can be a handy stepping-stone on the way to quiet listening.

One more thing: this phrase about not using “vain repetition” in prayer comes from the King James translation of Matthew 6:7. “When ye pray, use not vain repetitions, as the heathen do.” Other translations say that we should not “heap up empty phrases.” The idea was that “heathen” prayer incorporated a lot of empty flattery for the gods, and those extra verbal decorations were likely not sincere, and therefore in vain. A prayer is never “in vain” unless you don’t mean it. If you are praying desperately for someone who is ill, and your heart cries all day, “Please heal him, please heal him, please heal him,” that is not vain repetition. Because your prayer is urgent, it is always on your mind, and you need to say it to the Lord every time you think it. You don’t have to think up a new way of phrasing it every time; it’s OK to use the same words.

And, because we live in time, it’s OK to keep saying the *same* prayer. If we lived a single timeless moment, saying this prayer with full attention one time would be sufficient. But we live in a river of time, and each moment is swiftly replaced by the next. So when we get to the end of a prayer, if we want to continue expressing that though, we have to go back to the beginning and say the words again. As long as time passes, we’ll have the need to repeat our prayers.

That’s the last point to make. Jesus said that we should not “heap up empty phrases, like the heathen do.” He went on to say, “Pray then like this: Our Father, who art in heaven…”

And he proceeded to teach them the Lord’s Prayer, the “Our Father.” Most Christians say that prayer more than once in their lifetime. They say all the same words, in the same order, with even the same emphases falling in the same places. They don’t feel obligated to think up new words every time. When Christ said “Pray then like this,” people took it as an instruction to pray *exactly* like this, and have passed on that prayer from one generation to the next without rewriting or thinking up new things to say.

Repetition? It has its place. Most of our Orthodox prayer is very theologically complex and instructive. You get a seminary education, just being in church. But there are times when a simple, repeated prayer is just right. 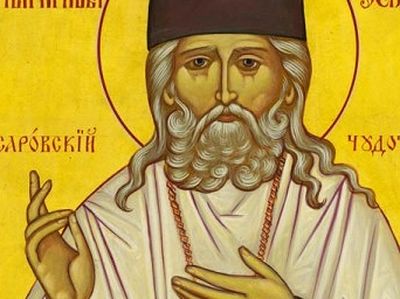 The Life of Saint Seraphim Hieromonk Seraphim (Rose) Having led a heavenly life on earth, like the great desert saints of antiquity, even in these latter times of spiritual desolation, St. Seraphim is an instructor and an inspirer of the true Christian life. His Spiritual Instructions—like his celebrated Conversation with Motovilov on the Acquisition of the Holy Spirit—contain no new teaching, but simply repeat in modern times the age-old Christian teaching of the great Fathers whom he constantly cites: Sts. Basil the Great, Gregory the Theologian, John Chrysostom, Macarius the Great, Dionysius the Areopagite, Ambrose of Milan, Isaac the Syrian, Symeon the New Theologian, the Fathers of the Philokalia. 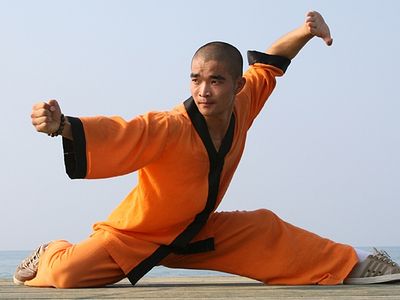 Kung Fu and the Way of the Ant

Kung Fu and the Way of the Ant How often we grow up yet carry with us the dreams of our youth! In many ways and for many years, I unconsciously approached prayer in the same way. 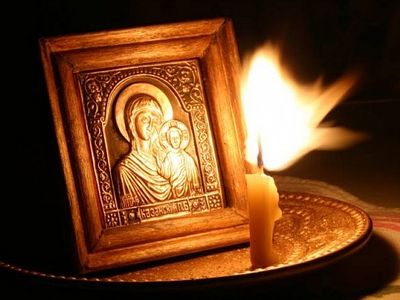 About one fifth of Russian Orthodox Christians pray every day

About one fifth of Russian Orthodox Christians pray every day According to the sociologists’ information, every fifth Russian resident age 60 and older prays every day. Of those who have serious problems with health, every fourth person prays daily.
Комментарии