This week in the Philippines, a culturallyvery-Catholic country, we Orthodox are hearing the question: What do you do for Ash Wednesday?

The shortest answer is that we don’t.

Those Western Christians who retain the ancient season of Lent will observe it beginning today. But for Orthodox Christians; the first day of Great Lent is Clean Monday, which this year will be on March 14.

Over the next several weeks, in preparation for the Great Fast, we will slowly begin fasting with increasing strictness. On March 6 we will say farewell to meat, and during the following week we will use up the last of the dairy products and eggs. Finally, on Sunday March 13, on the eve of the Fast, we will have one of the simplest but most important services of the year, as everyone in every Orthodox parish asks and receives forgiveness from one another. We will enter together into our common struggle with no resentments, grudges, or guilt toward one another.

Why don’t we observe the custom of ashes at the beginning of Lent? To answer that, first we should look at the original custom and how it later appeared among Christians in the Middle Ages.

Among the ancient Jews, to express grief and loss when a family member died, a person would tear his garments, put on sackcloth – rough, coarse clothing – sit in ashes, and throw dirt and ashes on his head. What an eloquent expression of desolation, ruin, and grief!

David wore sackcloth when he mourned the death of Abner (2 Samuel 3:31), as did Jacob when he thought his son Joseph had died (Genesis 37:34). Mordecai tore his clothes, putting on sackcloth and ashes, and walked out into the city “wailing loudly and bitterly” when Haman was given authority to destroy the Jews (Esther 4:1). “In every province to which the edict and order of the king came, there was great mourning among the Jews, with fasting, weeping, and wailing. Many lay in sackcloth and ashes” (v.3).

Sackcloth and ashes were also used as a public sign of repentance and humility before God. When Jonah declared to the people of Nineveh that God was going to destroy them for their wickedness, everyone from the king on down responded with repentance, fasting, and sackcloth and ashes (Jonah 3:5–7). When they demonstrated a genuine change of heart and turning from their sins with grief, then God mercifully spared them from judgment.

Our outward acts of repentance are not aims in themselves; they are means to lead our hearts tocompunction – that “godly sorrow that brings repentance leading to salvation, and leaves no regret” (2 Corinthians 7:10). So the Prophet Joel cried out:

“Now, therefore,” says the Lord, “Turn to Me with all your heart, With fasting, with weeping, and with mourning.” Rend your heart, and not your garments; return to the Lord your God, for He is gracious and merciful, slow to anger, and of great kindness, and He relents from doing harm. (Joel 2:12-13)

The custom of wearing sackcloth and ashes is not attested in the Church’s first millennium. However, much later, in the Latin West there developed a new practice that recalls this ancient way of mourning. In the tenth century, Aelfric, Abbot of Eynsham wrote:

In the books in the Old Law and in the New… the men who repented of their sins bestrewed themselves with ashes and clothed their bodies with sackcloth. Now let us do this little at the beginning of our Lent that we strew ashes upon our heads to signify that we ought to repent of our sins during the Lenten fast.

In modern practice, Western Christians come to church on the Wednesday that begins Lent according to their calendar, to receive a mark of ashes on their forehead as a sign of repentance as they begin the Fast (though for the most part any aspect of fasting during Lent has sadly been lost in the West.)

This practice arose in the medieval Latin West without any comparable equivalent in the rest of Christendom. The Churches of the Christian East – Egypt, Palestine, Syria, the Balkans and Russia, India and Africa – had no such observance. Nor did earlier generations of Christians even in the West.

When you fast, do not be like the hypocrites, with a sad countenance. For they disfigure their faces that they may appear to men to be fasting. Assuredly, I say to you, they have their reward. But you, when you fast, anoint your head and wash your face, so that you do not appear to men to be fasting, but to your Father who is in the secret place; and your Father who sees in secret will reward you openly. (Matthew 6:16-18).

Christ plainly expects His people to fast, but He forbids us to make an outward show of doing so. Going about publicly with a mark of ash on our foreheads allows us to congratulate ourselves and one another – but this is not the way we have been taught to humble ourselves or to repent.

Do you fast?
Give me proof of it by your works.
If you see someone who is poor, take pity on him.
If you see a friend being honored, do not be envious.
Do not let only your mouth fast, but also the eyes, and the feet, and the hands and all the member of our bodies.
Let the hands fast, by being free of avarice.
Let the feet fast, by ceasing to run after sin.
Let the eyes fast, by disciplining them not to glare at that which is sinful.
Let the ears fast by not listening to evil talk and gossip.
Let the mouth fast from foul words and unjust criticism
For what good is it if we abstain from birds and fishes,
but bite and devour our brothers and sisters?

One of the hymns of Vespers for next week exhorts us:

While fasting with the body, brethren, let us also fast in spirit.
Let us loose every bond of iniquity;
Let us undo the knots of every contract made by violence;
Let us tear up all unjust agreements;
Let us give bread to the hungry
And welcome to our house the poor who have no roof to cover them,
That we may receive great mercy from Christ our God.

The demonstration of a genuine fast is not found in a public gesture that says, “Look, I’m fasting.” Rather our self-denial and mourning for sin are meant to be private, between us and “our Father who is in the secret place,” while a true fast is demonstrated outwardly by works of repentance. 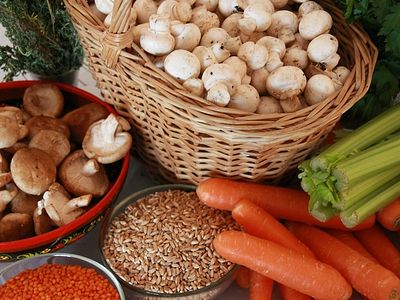 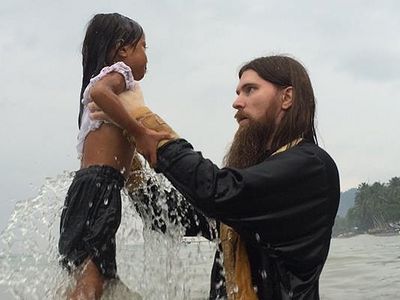 Mass Baptism in Kiamba, Philippines On Saturday, September 26, 2015, nearly two hundred formerly Catholic Filipinos were received into the Orthodox Church through the sacrament of holy baptism. 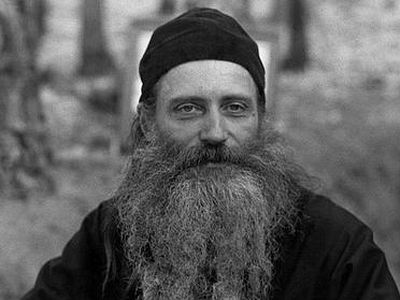 The Rule of Fasting in the Orthodox Church Hieromonk Seraphim (Rose)

The Rule of Fasting in the Orthodox Church Hieromonk Seraphim (Rose) This rule of fasting, to be sure, is not intended to be a "straight-jacket" for Orthodox believers, nor a source of pharisaical pride for anyone who keeps the letter of the Church's law. It is rather the rule, the standard, against which each is to measure his own practice, and towards which one must always strive, according to one's strength and circumstances.
Комментарии