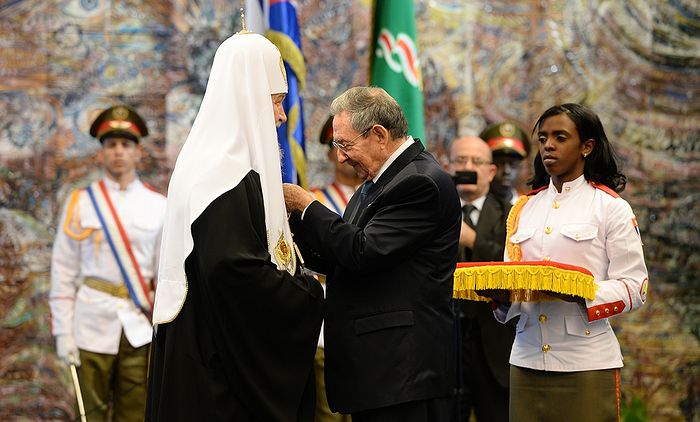 On February 13, 2016, the third day of his visit to Cuba, His Holiness Patriarch Kirill of Moscow and All Russia laid a wreath at the Memorial to Soviet Internationalist Soldiers in Havana.

The memorial was built with the support of Fidel Castro in 1978 and dated to the 60th anniversary of the USSR Armed Forces. Buried there are 68 military specialists, Soviet men and officers who died in Cuba in the period from 1962-1964 as they came to the rescue of people during the Flora hurricane in autumn 1963.

The ceremony was attended by Mr. Caridad Diego Bello, head of the office for religious affairs of the Cuban Communist Party, and other Cuban officials, Colonel M. Gurtovoy, Russian military attaché, Vice-Admiral L. Sukhanov, who is in charge of Russian military specialists in Cuba, as well as members of the official delegation of the Russian Orthodox Church.

‘Eternal Memory’ was sung to the ‘warriors of our Motherland who gave their lives for this country and her people’.

After that Patriarch Kirill visited the children’s rehabilitation center ‘Solidarity with Panama’ in a Havana suburb.

Later that day, in a solemn ceremony which took place at the Palace of the Revolution in Havana, His Holiness Patriarch Kirill was awarded the Order of José Marti, one of Cuba’s highest decorations.

Established in 1972, the order is granted to Cuban and foreign citizens, heads of states and governments ‘in recognition for the great achievements in the cause of ensuring peace and humanism, for the special contribution to the development of education, culture, science and sports as well as for the outstanding services rendered in creative work’. In different times, the Order of José Marti was awarded to Salvador Allende (1972), Nelson Mandela (1991), Hugo Chavez (1999), Alexander Lukashenko (2000), Hu Tsingtao (2011), and Vladimir Putin (2014).

In the beginning of the ceremony, the guards of honour brought in the national flag of the Republic of Cuba and the Patriarch of Moscow and All Russia’s colour. 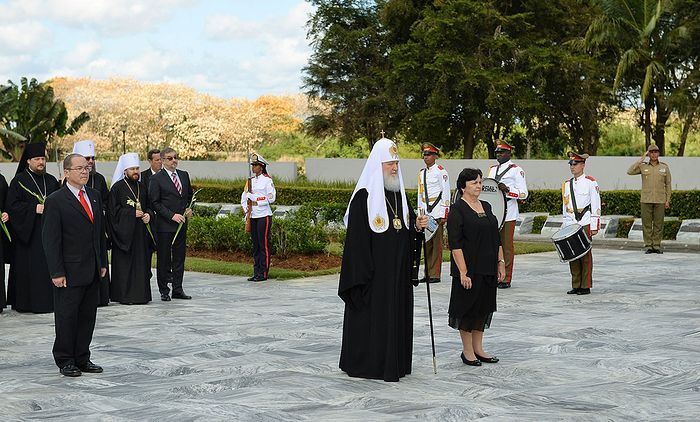 Patriarch Kirill addressed the participants in the ceremony, saying,

‘I would like to express personally to you, Your Excellency, and in your person to all the people of Cuba my gratitude for the high appraisal of my modest efforts.

‘The relations between Russia and Cuba are rooted in history, but became very special in the second half of the 20th century. We know how selflessly the Soviet people worked at that time, so that they could be with the people of Cuba in their just struggle for independence.

‘This special experience of interaction and cooperation between the two nations remains in our historical memory. Sympathy for Cuba and the people of Cuba has been preserved by our people throughout the consequent years. For this reason, I have seen it as my duty to support this mood in our society and to do all possible to make the relations between our two countries and peoples rise to a new, more active level of development.

‘Once again I thank you for the high award. With this Order you have decorated the whole Russian Church and, in some sense, our people who remain deeply sympathetic to the industrious and freedom-loving people of Cuba. I remember the slogan which was often voiced in my youth when high guests came from Cuba, especially the legendary leader of the Revolution Fidel Castro Ruz, and I wish to conclude with it the expression of my gratitude to you and to the Cuban people – Viva Cuba!’

Present at the ceremony were also Russian Ambassador M. Kamynin and members of the official delegation of the Russian Orthodox Church.

After the ceremony, an official reception was given at the Palace of the Revolution by the Cuban government in honour of the visit to Cuba by the Primate of the Russian Orthodox Church.

Later that day, Patriarch Kirill met with Fidel Castro and had a working meeting with Cardinal Kurt Koch, president of the Pontifical Council for Promoting Christian Unity.

In the evening, Patriarch Kirill attended a concert given by the Moscow Patriarchate clergy choir and the Lyudmila Zykina State Academic Russian Folk Company ‘Russia’ organized on the occasion of His Holiness’s visit.

The concert began with the singing of national anthems of Russia and Cuba and the Church hymn ‘God Is with Us’. It was attended by state officials and public figures, cultural workers, members of the ROC delegation and staff members of the Russian diplomatic mission.

Reports from the official events featuring the Primate of the Russian Orthodox Church have been broadcast by the Cuban national television.

On February 14, His Holiness Patriarch Kirill will celebrate the Divine Liturgy at the church of Our Lady of Kazan in Havana. 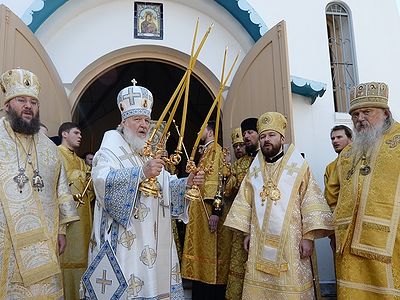 Primate of Russian Church celebrates Liturgy at the Church of Protecting Veil of the Mother of God in Asuncion The church built in the historical centre of Paraguay’s capital by Russian immigrants in the 1920s is rather small. To enable several hierarchs to celebrate the Liturgy on the feast day of the Meeting of the Lord the altar was placed in the middle of the church, before the iconostasis, while the worshippers prayed outside. 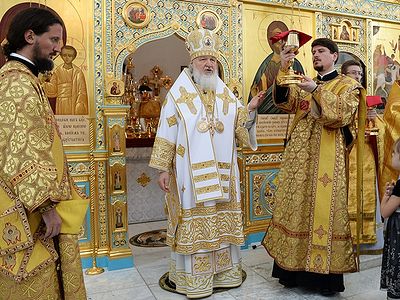 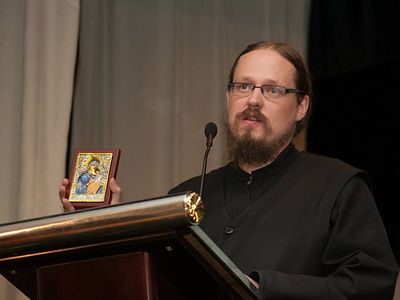 Comments on the Joint Declaration with the Pope Priest George Maximov

Comments on the Joint Declaration with the Pope Priest George Maximov "On one hand, there are in the document not a few words with which we can agree. But for all of these, there are also expressions which are by no means indisputable, and sometimes erroneous."
Комментарии