Sunday Before the Exaltation of the Cross 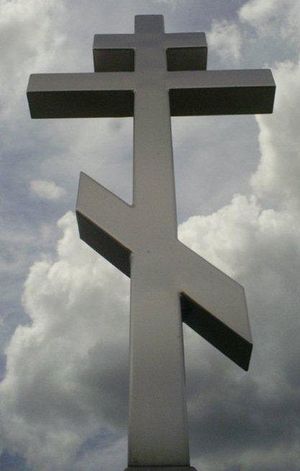 The Memorial Cross on the site of the first Liturgy, served on Canadian land. Photo: Orthodox Canada.

We hear in today’s Gospel for the Sunday before the Exaltation of the Cross—the major feast coming this Tuedsay—the Good News that God loves us to such a tremendous extent that He sent Himself, His Logos, His Son, into the world to enter into human nature to redeem it, make it new again, fit for life with Him who is Life. “For God so loved the world that He gave His only begotten Son, that whoever believes in Him should not perish but have everlasting life.”

This verse is heard so often that it’s almost become a cliché for some. Most often it’s used in the context of evangelical Christianity where belief is reduced to "assent," an acknowledging of Christ. That’s a great first step, but as we can see plainly throughout the Gospel of John, belief involves much more than mere assent or acknowledgement.

Belief is always accompanied by action, by following through with a life that becomes grafted into the Life that God the Holy Trinity is as a perpetual relationship and movement of love. It’s not enough to simply say, “I believe in God. There, I’ve said it, I have salvation,” for we know that the “demons believe and shudder” (James 2:19).

In today’s Gospel for the Cross the example is put before us of Moses lifting up the serpent in the wilderness—a reference to the poisonous snakes that God sent to humble the Israelites as they grumbled against Him. Moses prayed for God’s mercy on the people and so God instructed Moses to make from copper the image of a serpent and lift it high on a pole so that anyone who was bit by the poisonous snakes and looked upon the snake that Moses lifted, would be healed.

What a great mystery’s here: As God would have it, the image of the cause of their death became the remedy for that death—and, as with all the great signs of the Old Testament, it points to something greater to be fulfilled in the New Testament with the coming of the Messiah, God incarnate, and His defeat of sin and death on the cross.

Whereas the copper snake miraculously saved the people of Israel from a temporal death by snakes, they still eventually died a mortal death. But Christ’s death on the cross is no temporal victory. Here too, the instrument of healing is itself an instrument of death—just like the snakes that killed the Israelites. Greater is the death caused by sin, if left unhealed and undefeated: a snake can kill the body, but sin can kill the soul.

Christ entered death as man and defeated it as God, the Giver and Author of Life. The very Logos of God who made all life and sustains all life, emerged from death the Victor.

When we speak of belief and God’s love, we’re speaking of something deeper than the intellectual or even spiritual acknowledgement of God. We’re speaking of participation in His divine life. This is what we call deification or theosis in the Church. St. Peter refers to it in his Epistle as becoming “partakers of the divine nature” (II Peter 1:4). St. Paul speaks of us becoming sons by adoption, co-heirs with Christ through our participation in His life (Ephesians 1), in the human nature He redeemed by His incarnation, His entry into that human nature. This, by the way, is why Christ is referred to as the “new Adam.”

Jesus Christ Himself unpacks for us His meaning when He speaks of belief. He also says emphatically to Nicodemus, “Unless one is born of water and the Spirit” (Baptism and Chrismation), he cannot enter the kingdom of God.” (John 3:5). And elsewhere in relation to belief, “He who comes to Me shall never hunger, and he who believes in Me shall never thirst.” He says this just before proclaiming, “Unless you eat the flesh of the Son of Man and drink His blood, you have no life in you. Whoever eats My flesh and drinks My blood has eternal life, and I will raise him up at the last day” (John 6:54).

In other words, belief is much more than mere assent; it is relationship and communion with God through the Sacramental life that He Himself has ordained and through which we are united with Him, further up and further in, as we deny ourselves and take up our cross to follow Him.

Of this participation in Christ’s saving work, St. Paul also speaks, saying, “For as many of you as have been baptized into Christ, have put on Christ” (Gal. 3:27). Through baptism, and then living out our baptism throughout our lives, denying ourselves to follow Christ’s will, His way, participating in the Sacraments, receiving Christ’s precious and holy Body and Blood, praying and communing with Him, we demonstrate true belief.

This oft quoted verse, John 3:16, is to be understood then within this context with the cross before our eyes. The cross is the supreme expression of God’s love for us: the Maker of all, the Giver of all life, was willing to become one of His own creation, be tortured, and lifted up on the cross, the most ignoble of deaths in the Roman world—and one of the most painful—to defeat sin and death on our behalf, to conquer death, so that, in this way, you and I who have been baptized in Him and continue in Him may become fellow conquerors.

For this reason, we lift high the cross, we wear the cross, and on Friday, the day of the cross, we will venerate the icon of the Exaltation, glorifying God. “For God so loved the world that He gave His only begotten Son, that whoever believes in Him should not perish but have everlasting life. For God did not send His Son into the world to condemn the world, but that the world through Him might be saved” (John 3:16-17).

We proudly wear the cross, the “trophy invincible.” If we boast in anything, we boast in the cross, and, as Christ commands and models for us, we deny ourselves, we take up our own symbolic cross as we strive to live for Him and proclaim His Truth in this world, despite whatever rejection we may receive. We follow Him, we live in Him. We prioritize the life that He alone is over all the temporal and passing things of this world, that we may be saved. We say, “Amen!” to the words of St. Paul, who proclaims, “God forbid that I should glory except in the cross of our Lord Jesus Christ, by whom the world has been crucified to me, and I to the world” (Gal. 6:14). 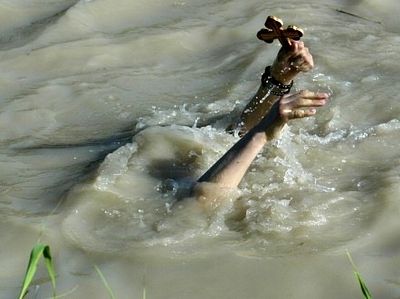 The Cross as the Way of Life
Fr. Stephen Freeman

The Cross as the Way of Life
Fr. Stephen Freeman
Prayer is directing our hearts outside of ourselves and towards God. Pray. Kindness places the other ahead of ourselves. Be kind. Love God. Love His Cross. 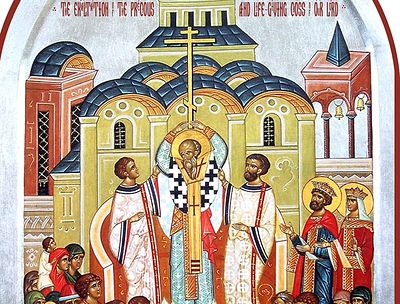 The Universal Exaltation of the Precious and Life-Giving Cross

The Universal Exaltation of the Precious and Life-Giving Cross
The Elevation of the Venerable and Life-Creating Cross of the Lord: The pagan Roman emperors tried to completely eradicate from human memory the holy places where our Lord Jesus Christ suffered and was resurrected for mankind. The Emperor Hadrian gave orders to cover over the ground of Golgotha and the Sepulchre of the Lord, and to build a temple of the pagan goddess Venus and a statue of Jupiter. 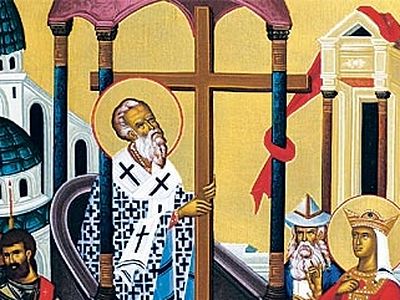