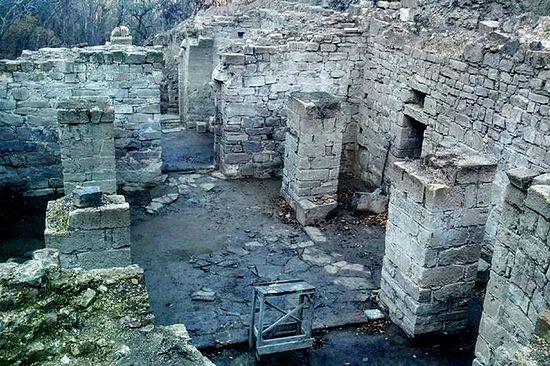 Staff members of the Crimean Archeology Institute at the Russian Academy of Sciences have discovered a medieval cathedral not far from Sudak.

"Scientists of the Russian Geographic Society held geoscanning and it cleared out that the building stands on the foundation of an older building and several buildings nearby were covered by soil. Perhaps, there are monastic cells underground. It is clear that an entire monastic complex functioned there ten centuries ago. It is quite possible that it is an ancient monastery of St. John Chrysostom!" head of the Crimean State Council Committee for Building and Public Utilities Leonid Babashov was quoted as saying by the Rossiyskaya Gazeta website.

The cathedral was not mentioned in any sources. Local residents accidentally found its fragments last spring, then archeologists started excavations.

The square of construction is about 200 square meters. Scientists believe it is the biggest known Byzantium Orthodox cathedral on the peninsula.

The church was abandoned in 1475 when Turks invaded Crimea. Coins, pieces of ceramics, Turkish arrows and traces of fire witness to it.

Today the task is to conserve the object, which requires about $160,000, the article reads. 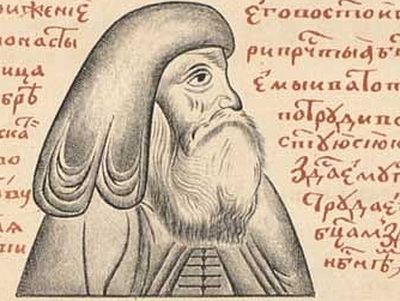 Manuscripts of St. Maximus the Greek presented in St. Petersburg for the first time 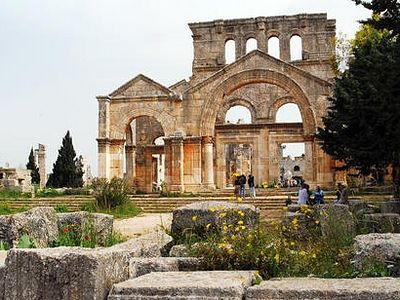 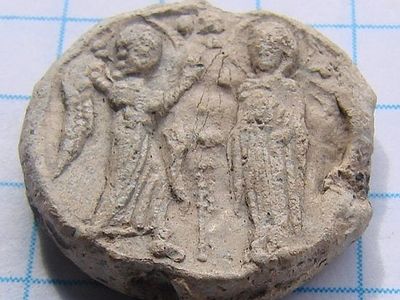 Archeologists discovered old Russian prince's seal with depiction of the Annunciation
The seal was stamped on behalf of Prince Vsevolod Mstislavich who was a grandson of Prince Vladimir Monomakh of Kiev. The prince himself was the elder son of Grand Prince Mstislav Vladimirovich of Kiev and Grand Duchess Christina, daughter of the Swedish king Inge I the Elder. He lived from about 1095 till February 11, 1138.
Комментарии