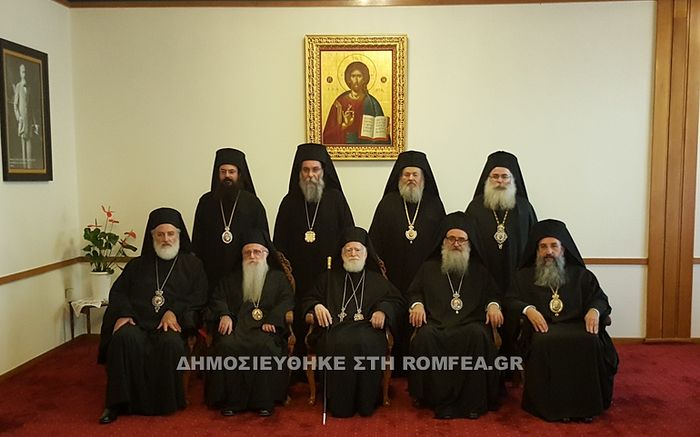 As previously reported, two priests, Fr. Theodore Zisis and Fr. Nicholas Manolis, from the Thessaloniki Diocese have been called to ecclesiastical court for ceasing commemoration of their ruling bishop, in protest of his acceptance of June 2016’s Pan-Orthodox Council. The priests’ decision came after years of struggling with the spirit of ecumenism and months of turmoil in the Greek Church and beyond since the Crete Council.

The Holy Provincial Synod of the Church of Crete met on March 16 to discuss, among other things, the same phenomenon occurring in their canonical territory, with at least four priests having ceased commemoration of their bishops at the Divine Liturgy and other services of the Church.

The Synod held their meeting after a letter was drafted and signed by Protopresbyter Gabriel Mazanaki, Fr. Emmanuel Sarri, Fr. Spyridon Damanaki, and Fr. Paul Mazanaki and given to their bishops Metropolitan Damaskinos of Kydonia and Apokoronos, Metropolitan Eugenios of Rethymno and Avlopotamos, and Metropolitan Irenaios of Lambi, Syvritos and Sfakia, reports orthodoxia.info.

The content of their letter is similar to that which Fr. Theodore Zisis announced in his parish on the Sunday of Orthodoxy. In it the priests write that “with sorrow” they feel they must cease commemorating their ruling bishops, as they believe they have fallen into the heresy of ecumenism by accepting the documents of last year’s council on their island. They write that they believe their decision is “consistent with the Apostolic and Patristic Tradition on the issue of communion of heretics.” In their letter they state that their non-commemoration would begin, as did Fr. Theodore’s, on the Sunday of Orthodoxy, when the Rite of Orthodoxy is read out, in which all heretics who have attacked the Church are anathematized. Ecumenism, the belief that the Orthodox Church is not the one, true Church, but that the Church somehow exists beyond its bounds, is commonly referred to as the “pan-heresy” by modern saints and holy elders.

The priests go on to write of nearly a century of what they view as a blurring of the lines between Orthodoxy and other Christian confessions, but that they hope that now with the help of God and the Theotokos, holy fathers will rise up, breathing the grace of the Holy Spirit, to scatter the clouds of the pan-heresy of ecumenism, as did the holy fathers in the days of Iconoclasm, the defeat of which is celebrated on the Sunday of Orthodoxy.

In conclusion, the fathers appealed to Canon 15 of the First-Second Council, held in 861 in Constantinople under the chairmanship of St. Photios the Great, which states that if a bishop openly declares a heresy previously condemned, a priest may cease to commemorate him without ecclesiastical sanction. This “walling off” is not considered a schism, but the same canon states that if a priest ceases to commemorate a bishop over a heresy not previously condemned, then his action is considered one of schism. They also note that when Mt. Athos ceased commemorating Ecumenical Patriarch Athenagoras he chose not to sanction them, thus avoiding a schism.

For its part, the Crete Holy Synod called upon the priests to cease their protest, calling it “erroneous behavior,” and to restore commemoration of their bishops, as the site of the Crete Church reports.

A three-member committee was formed by unanimous Synodal decision to meet and discuss with the priests in the coming days. The committee consists of His Eminence Metropolitan Gerasimos of Petra and Cherronesos, Archimandrite Philotheos Spanoudakis, and Protopresbyter Zacharias Adamakis, the president of the clergy union of Crete.

The Holy Synod has hope in these meetings and looks forward to positive results, guided by the holy canons of the Orthodox Church. 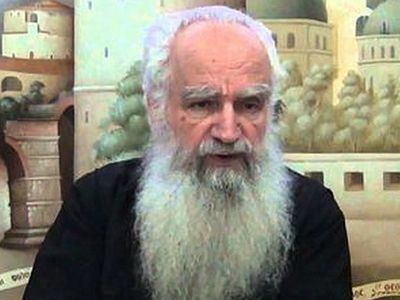 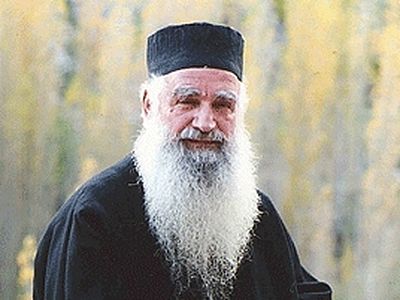 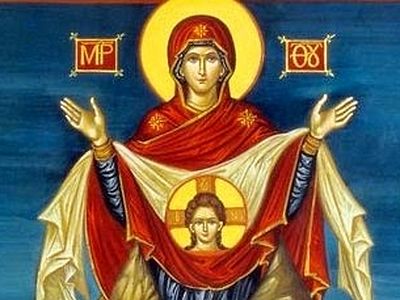 Philip Mugadizi 18 марта 2017, 01:00
It is interesting to note that it is increasingly becoming possible for the majority of the Orthodox clergy to be heretics in a way or the other. In fact, if you engage most of the orthodox theologians deeply, you might find them more heretical. In most of these situations, the church seems to ignore much.

Anthony17 марта 2017, 22:00
Ecumenism has been condemned by all saints including most recently St Paisios. St Ambrose on Optina wrote an excellent letter on the falsehood of the Latin pseudo-church and St Kosmas Aitolos said we should curse the pope. Geronda Efraim Katounakiotis prayed over the issue, and received his answer from Christ in the form of a foul stench engrossing his cell. He knew then that the spirit of ecumenism was an unclean spirit. Therefore those who support Ecumenism are heretics and have fallen into prelest. These modern day Marks of Ephesus are therefore 100% correct to cease commemoration if and until such time as the perpetrator hierarchs repent of their erroneous ways. The time is fast approaching in any event when those bishops in the Church will support antichrist. So, are we going to call priests who stay faithful to the true Orthodox Church ''schismatics'' as some insolent ''Orthodox'' have accused these holy priests of being? Really?

Rdr Andreas Moran17 марта 2017, 18:00
A pity that the site of the Church in Crete to which the link above takes us features a gravely uncanonical icon of the Holy Trinity at the end of the piece.
×