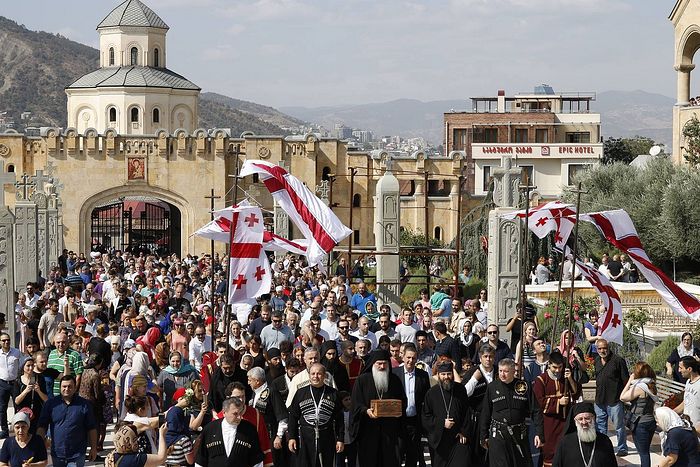 A piece of the relics of holy Great Martyr Queen Ketevan arrived in Tbilisi from India yesterday. The reliquary was greeted at the Tbilisi airport by His Holiness Catholicos-Patriarch Ilia II as well as clergy and faithful of various churches, reports Blagovest-Info.

The relics of the beloved Georgian saint will remain in Georgia for six months.

Speaking at the solemn meeting of the relics, Pat. Ilia II stated, “How can there be unbelievers in a nation with so many saints, so many martyrs—hundreds of thousands of martyrs—King Tamar, St. Nino, St. Ketevan. And we thank the Lord that He gives us strength and grace. The whole of the Georgian people seem to have been united with Heaven today… Our beloved queen has returned to us, Her Majesty Queen Ketevan.”

The reliquary was transferred to Holy Trinity Cathedral in Tbilisi today, and later to the Alaverdi Cathedral in Kakheti, 53 miles west of Tbilisi, where they will remain for St. Ketevan’s feast day tomorrow. The relics will then be taken to various dioceses throughout Georgia for the veneration of the faithful. 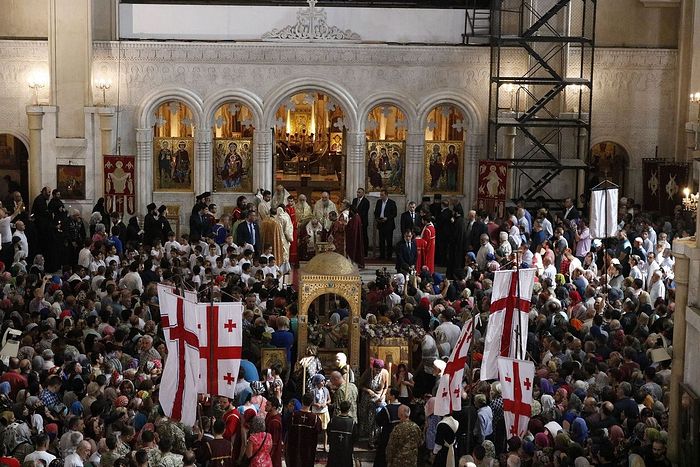 Queen Ketevan was married to the heir of the throne of Kekheti, but was left a widow at his untimely death. The king had two other sons, George and Constantine, the latter of which was raised in the court of the Persian Shah and converted to Islam. At the Shah’s request the apostate from Orthodoxy murdered the king, his father, and his brother, the heir. Because of his crime and insolent demand to take Ketevan as his wife, the nobles executed him.

Georgia was subject to Persia at that time in history, and therefore Ketevan needed the Shah’s permission to place her son on the throne. This was granted but eventually Queen Ketevan, along with her two grandsons, were taken hostage deep into Persia, and Georgia was brutally harrowed by the Persians. Ketevan spent ten years in captivity, which she spent in pious asceticism, but finally the Shah announced his intention to marry her after her conversion to Islam. She refused, and was publicly subjected to inhuman tortures, finally giving her soul to the Lord in 1624. 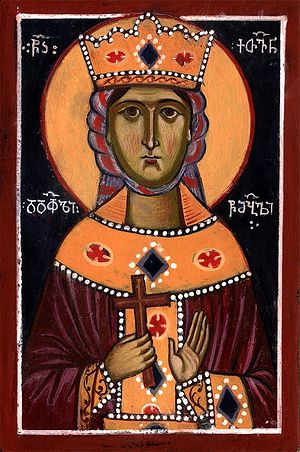 A group of French Augustinian missionary fathers, who had witnessed the inhuman tortures, wrapped Queen Ketevan’s body in linens scented with myrrh and incense and buried it in a Catholic monastery in Isfahan.

Some time later the holy relics of Great-martyr Ketevan were delivered to her son, Teimuraz, King of Kakheti.

Teimuraz wept bitterly for his mother and sons and buried the relics with great honor in the Alaverdi Cathedral of St. George, where they remained until 1723 when they disappeared without a trace. Particles of her relics were also taken by the Augustinian monks to a Catholic monastery in Goa (a former Portuguese colony in India), as well as the Vatican and Belgium.

The Goa monastery was destroyed in the 19th century. Various scientific expeditions have sought since then to find the relics of Queen Ketevan in India.

In 2013, Archeology magazine spread information that remains discovered in the church ruins of Goa belonged to Queen Ketevan. According to the article, DNA analysis from the arm bone discovered in a stone sarcophagus showed that the bone was most probably not from India and is of Georgian origin.

After long negotiations, the Indian authorities have now agreed to release the relics to Georgia for six months. 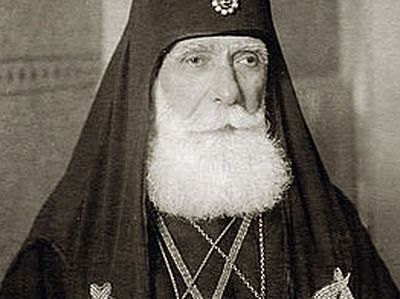 Georgian Church canonizes two kings, two abbesses, and a Catholicos who ruled 1932-1955
The Holy Synod of the Georgian Orthodox Church, at a December 21 meeting, has numbered among the ranks of the saints two kings—Bargrat III and Solomon I, two abbesses—Nina (Amilakhvari) and Tamar (Mardzhanishvili), and Catholics-Patriarch Kallistrat (Tsintsadze) who lead the Church in the difficult years of 30s-50s of the previous century. 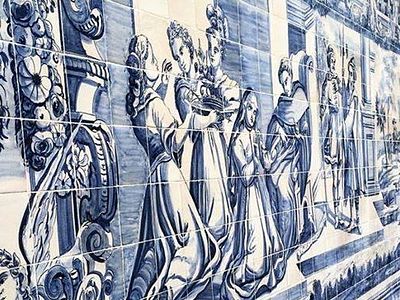 Tile Panel Showing Queen Ketevan’s Martyrdom Unveiled in Georgia
The tile panel was created by the Portuguese masters in the 17th Century on the order of the Catholic Church. The panel was built based on stories of Portuguese Augustinian Missionaries who were eye-witnesses to the torture of Saint Ketevan.

Holy Great-martyr Queen Ketevan (†1624)
September 13/26
Archpriest Zakaria Machitadze
Holy Queen Ketevan was the daughter of Ashotan Mukhran-Batoni, a prominent ruler from the Bagrationi royal family. The clever and pious Ketevan was married to Prince Davit, heir to the throne of Kakheti. Davit’s father, King Alexandre II (1574–1605), had two other sons, Giorgi and Constantine, but according to the law the throne belonged to Davit. Constantine was converted to Islam and raised in the court of the Persian shah Abbas I.
Комментарии