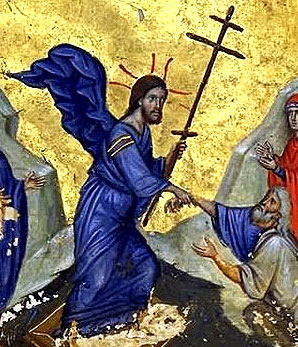 A priest is invited to a school to talk with the children. As they are walking down the hallway to the auditorium, the principal says to the priest, "Tell them to behave themselves, tell them not to smoke during breaks, not to exchange sms’s during lessons, not to write dirty words on the walls with markers.”

A priest is invited to talk to the army. As they are walking through the drill yard to the meeting hall, the officer says to the priest, "Tell them to fulfill their commanders’ orders without murmuring, to be careful with their weapons, tell them not to run AWOL to the village for moonshine, tell the senior soldiers not to haze the juniors.”

Parents bring their children to confession. They say to him, "Be sure to tell Batiushka that you don’t listen to your mother and father.” Then they say to the priest, "Scold him for being so naughty, tell him to eat what he is given, tell him not to argue with us, to listen to us.”

No matter where the priest goes or who is brought to him, everyone wants obedience to increase in the world. No one seems to be concerned with the growth of prayer and knowledge of God. Mainly—give us obedience. Archimedes needed a lever and a pivot in order to move the world. Chiefs and commanders of all sorts seem to see in priests a lever for turning their subordinates’ brains in the direction of obedience. This is not right.

People often criticize the pre-revolutionary Church in Russia for being too bound up with the monarchist regime, saying that the Church turned into one of the regime’s main supports. They say that the Church suffered so cruelly after the revolution because the regime it supported and backed had fallen. Perhaps there is some truth to this, but they want the same thing today—the Church’s support and backing. People are not seeking the Church in the Church, but rather certain of it functions that are far from basic. Every government can be tempted to have a consumer relationship with the Church in its country. "Help us to war with drug addiction, tell the people not to revolt, help the poor to live patiently until they die, and do not dare to tell us what to do.”

Slave owners were demonically clairvoyant missionaries. They consciously baptized their slaves so that Uncle Tom would humbly live in his straw cabin composing his "spirituals,” and take up his knife only for the purpose of cutting the fruits at harvest time. Perhaps the pre-revolutionary Russian Church really was at fault, but then let’s not forget that every Church in any Christian country is under the same threat.

We know Christ’s words in the Gospels: I will have mercy, and not sacrifice (Mt. 9:13). These words are cited from the book of the Prophet Hosea, and they continue: For I desired mercy, and not sacrifice; and the knowledge of God more than burnt offerings (Hos. 6:6). Knowledge of God is a remembrance of Him, which strives to become the ceaseless study and practice of His word, and the fulfillment of His commandments. The obedience of the younger to the elder and subordination to those in charge, mercy, justice, faithfulness in marriage—these are all only the fruits of knowing God. We cannot seek the fruits without first cultivating and watering the roots. When sins increase, the Lord is ready to judge the inhabitants of the land, because there is no truth, nor mercy, nor knowledge of God in the land (Hos. 4:1).

All the prophets speak of the Messiah, even if we do not always see this or understand it. All the prophets with veritably one mouth and one heart say, Then shall we know, if we follow on to know the LORD: his going forth is prepared as the morning; and he shall come unto us as the rain, as the latter and former rain unto the earth (Hos. 6:3). We needn’t think that this fervent cry is directed only to people of the Old Testament. We needn’t think that we of the New Testament, who believe in Christ, have nothing more to know, and we can be content with reading the Creed. All who know that God exists are obligated to acquire knowledge of the Lord, to seek Him from early morning till late at night. Moreover, the sons of the Gospel should be even more enflamed with a thirst for grace than the sons of the Law. The words of Isaiah and Hosea should be closer to us than to the prophets’ contemporaries.

The history of the Christian world is the history of dramatic interrelationships between God and His new people. The Lord chose and raised up a hitherto unknown people who were sitting in historical darkness. The Lord gave them Himself, and it was good for them, as long as He was their main wealth. When they desired to make His grace their private property, or began to boast of His gifts as if they had earned them, He turned His face away from them. He could also be angry with people when they paid excessive attention to religious art—stone carving, church gold, beautiful singing, complicated theologizing—and forgot about God as the Center, the heart, the Source. They loved the rays and forgot the Sun, to put it briefly. This was not knowledge of God, but a florid cultural deception that grew thick on the place where knowledge of God once was. Then the words of the prophet were fulfilled: My people are destroyed for lack of knowledge: because thou hast rejected knowledge, I will also reject thee, that thou shalt be no priest to me (Hos. 4:6).

This all happened to the Jews, but not only to them. These processes are simply seen in their history as on a matrix. Later the same processes repeated themselves many times in the history of various nations who had come to know God, including ours [Russia].

A priest being invited to a school or army unit is already an improvement. Nor is there anything bad about asking him to influence subordinates with the aim of improving their discipline. Let them ask. But nevertheless, let the priest consider it his main duty to talk with people about God. Improving discipline will be a by-product of the bright knowledge of the Lord Jesus Christ. And it is the priest’s main task to pass on this bright knowledge, For the priest’s lips should keep knowledge, and they should seek the law at his mouth: for he is the messenger of the LORD of hosts (Mal. 2:7).

One wise missionary said, "When you speak with a heretic, do not speak against him, but above him.” We do not achieve anything by speaking against them, because, if only out of survival instinct, a person will argue, defend himself, and disagree. But if in the depths of our ecclesiastical awareness we are rich in what those who have broken away from the Church do not and cannot possess, then we should be able to show them heights of which they have not yet thought; we should show them a treasure that they have not yet seen.

It is the same with ordinary listeners. Little benefit comes from regurgitating commands beginning in "don’t”: "Don’t swear, don’t smoke, don’t sin, don’t offend.” We are choir directors. We can’t say, "Do not go flat.” We have to set a pure tone. Along with the words "do not” should also be the positive call to Know the truth, and the truth shall make you free (Jn. 8:32). Seek after God, and your soul shall live (Ps. 68:37). 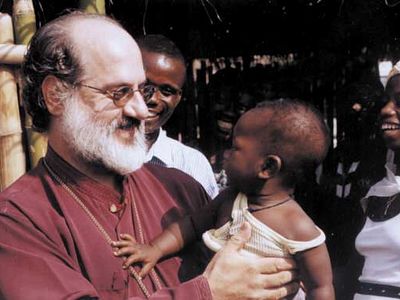 The What Where, When, and Why of Orthodox Missions Fr. Martin Ritsi

The What Where, When, and Why of Orthodox Missions Fr. Martin Ritsi Is missionary work an Orthodox practice? Should our Faith be earned to all peoples of the globe? Can all Orthodox Christians participate in mission work? The answer to each of these questions is a resounding, “Yes!” In this article we will explore the history, methods, and motivation behind Orthodox missions, arriving at the conclusion that not only can we participate in missionary work, but as children of God, the spreading of His love is a part of our very nature! 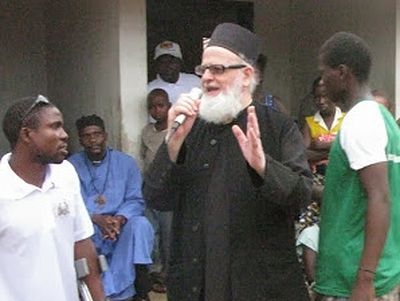 Ebola Virus And The Orthodox Mission’s Challenge In Sierra Leone