A joint international commission on dialogue between the Orthodox Church and the Roman Catholic Church, which began in Vienna on Tuesday, will discuss the Pope's primacy in the first millennium.

"This is the most complicated subject in the dialogue between the Orthodox and the Catholics, because the attitude toward the bishop of Rome's ministering is key for the modern Catholic Church," Hegumen Philipp (Ryabykh) representing the Russian Orthodox Church at the session told Interfax.

The presumption that the Pope has ecumenical jurisdiction goes against Orthodox ecclesiology, which teaches that, while the Orthodox Church preserves unity of faith and church governance, it still consists of several local churches, Father Philipp said, who is a deputy head of the Moscow Patriarchate Department for External Church Relations.

The Vienna session continues the discussion that was started in Cyprus in 2009.

"A draft document was drawn up for the commission's session last year, and the commission started to consider it but did not finish this process, as the Orthodox had a lot of objections to this text. We expect that the discussion in Vienna on the text of this document will also be quite intensive," he said.

"Our delegation's goal is to make sure that this document reflects the Orthodox position and rules out any ambiguities, compromises and wrong interpretations of the patristic views on the bishop of Rome's ministering," the priest said.

While it is difficult to reach a consensus on this issue, "this theme should be discussed," because "this is what separates the Catholics and the Orthodox above all," he said.

"It needs to be said that the Catholics did not agree to discuss this issue with the Orthodox [Church] for a long time, knowing how radical differences in its interpretation are. The fact that the late Pope John Paul II and then Pope Benedict XVI agreed that this issue be discussed by the commission is quite a benevolent step on the part of the Catholics toward the Orthodox [Church]," he said. 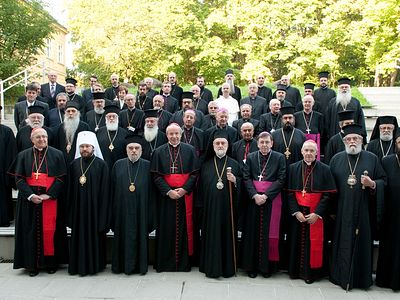 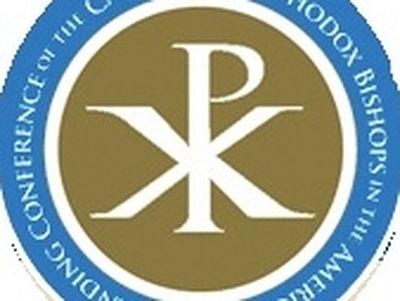 SCOBA representatives participate in Orthodox-Catholic unity conference-- Unprecedented document produced On October 2, 2010, the website of the Standing Conference of the Canonical Orthodox Bishops in the Americas (SCOBA) posted a summary of The North American Orthodox-Catholic Theological Consultation held at Georgetown University, Washington, DC. 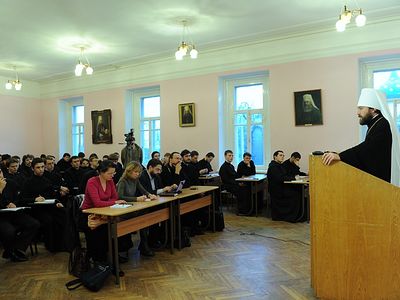