A Dance of Death on the Streets of Belgrade 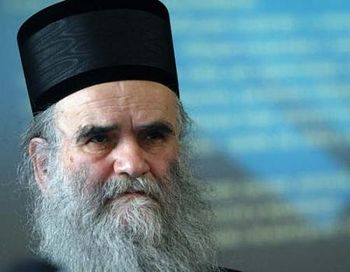 On October 10, in the Serbian capital of Belgrade, the so-called “gay pride parade” took place, initiated over the course of several years by various organizations of people with non-traditional sexual orientations. Various international representatives and emissaries actively supported this undertaking. Preparations for the gay parade were on an unprecedented scale, with an active media campaign. Even some government officials were called to participate in this event, including members of the cabinet of ministers. Heightened security measures were taken in light of the fact that such a parade would provoke a sharply negative reaction from the Serbian public. Earlier attempts to conduct such an event ended in physical attacks upon the participants, confrontations with the police, disorder on the streets, or were simply cancelled by representatives of the Ministry of Internal Affairs before they ever happened.

Several days before this event, a member of the Holy Synod of the Serbian Orthodox Church, Metropolitan Amfilohije of Montenegro and the Littoral, commented on what was about to happen. This commentary was published in “Pechat” magazine.

—What is the Orthodox Church’s position on the question of homosexuality?

—Homosexuality, or sodomy, as it is called in the Bible—the sin of Sodom—has always been, and still is, one of the mortal and death-bearing human sins in the eyes of the Church. According to the Mosaic book of Genesis (Gen. 19:1–29), this sin was the reason why God destroyed the cities of Sodom and Gomorrah with fire and brimstone. These cities were located on the place where now the Dead Sea is, in which living creatures cannot live (archeologists have confirmed that the remains of some ancient cities are actually located under the Dead Sea). To biblical and Church identity and to religious consciousness in general (besides Christianity, this especially relates to Judaism and Islam) sodomy is:

a) a defilement and abuse of man’s own nature and the forces given it by God,

b) violence to the moral order of things, and

c) looking deeper, it is the conscious or unconscious impulse of man toward self-annihilation.

a) Man is a being who has been given physical and spiritual powers. In his nature there is an inherent longing for society, for association with others, and without this he cannot attain to the fullness of his existence. Everything that a man is and all that he has is a means by which he establishes unity with other people and with nature. He is born and lives in this nature, realizes it’s calling and meaning only when it is used correctly and in a healthy manner, and when it achieves unity in accordance with the order of things as given and established by God.

What is essential for all psycho-physical forces and gifts of man is also essential for the community of male and female genders. Thanks to the mystery of love, two become one being. The quality of true love is to procreate and give a new quality to life. The blessing inherent in male and female nature is the creation of a new life, birth and multiplication, filling the earth and having authority over it (see Gen. 1:28). Trampling this established order of human nature underfoot destroys the very essence of human existence and its eternal calling. Love is given to man so that he will procreate, regenerate. Every birth is birth for eternity, and not for death and non-existence. The relegation of love to irrational lust, “the lusts of the flesh” and “lust of the eyes”—and that is what the incitement of lust of a man for a man and a woman for a woman is—deprives the great and all-creative mystery of a man’s love for a woman and a woman’s for a man of meaning. Every tree that bringeth not forth good fruit is hewn down, and cast into the fire (Mt. 7:19).

Can fruitless love be true love? That is precisely what sodomite, gay-lesbian love is, which will not inherit, and is incapable of inheriting the Kingdom of God—because such love is lifeless and barren (see 1 Cor. 6:9).

b) Love, which is God Himself and which is given to man so that he might come to know God through it and realize the fullness of heavenly-earthly existence, is made an abuse by this existential darkening of the mind and heart, the source of sodomite darkness and blindness. Thus, homosexuality, in the understanding and experience of the Church, becomes a source of violence against a healthy and moral order of things. The number of people born with hormonal imbalances (hermaphrodites, etc.) is not large. The fact that in our times the number of people with sexual abnormalities (sodomites and lesbians) is growing daily shows that we are talking about other factors encouraging strangeness and total abnormality. Concealed behind this has been, and still is, a crisis of morals and a crisis of deep meaning in life. All civilizations past and present attest to this, according to the wise apostle of the nations, Paul: God gave such darkened and blind human generationsup unto vile affections (see Rom. 1:26).

c) In all other respects, doesn’t the so-called “pride parade,” the first of its kind in world history, organized exclusively on territory located in the developmental heights of Euro-American civilization, presage the ruin of this civilization? It would be interesting to shed light upon what is hiding behind the very name, “pride parade,” from the psychological and anthropological point of view. Behind the verbal triumph and boastfulness of the societal demarche of “gay paraders,” is there not actually concealed the inner suffering, despair, and sadness of the parade’s participants? Is this not a clownish scream emitted from their loss of moral and spiritual equilibrium, and their existential instability? Healthy and true love never had and never will have need of such ostentatious boasting, intrusiveness, and effect. Doesn’t the subconscious realization that this barren eros leads to death and destruction, that its nature is suicidal and perverse, force the gay paraders to run away from themselves and from the edge of the abyss over which they dance the dance of death? This kind of love is narcotic—the most dangerous kind of narcotic. One must never lose sight of the eternal image of Sodom and Gomorrah: these cities and their inhabitants were destroyed, burned in fire and brimstone precisely because they turned the natural use of the male and female into that which is unnatural (see Rom. 1:26). Their end is the Dead Sea.

Do men and women with such an orientation have a right to it? No doubt, they do. But it has been stated long ago: All things are lawful for me, but all things edify not (1 Cor. 10:23). Freedom is man’s inalienable right. But just as inalienable is the right of God’s Church to remind and point out to them that they are on the edge of the abyss, that although their false, unhealthy image of human life, existence, and behavior is free, it does not edify but destroy; and of course it destroys man and human dignity. The Church has a right to remind people that the gay parades taking place in Europe and the rest of the world do violence to the overwhelming majority of men and women of another orientation, and is propaganda of their ideology and way of life through unacceptable means. They are breathing a spirit of deceptive totalitarianism and manipulation, primarily of children and young people.

—Do you consider that the planned gay parade should take place on the streets of Belgrade; and if not, does that mean that you are sending an open call to state organs for them to prevent the aforementioned manifestation?

—From all that I have stated above it would follow that we believe that the gay parade on the streets of Belgrade, and on the streets of other cities, is aggression, and therefore inadmissible. Let these words be received first of all as a call to the gay parade participants themselves to cease their aggressive propaganda, which is dangerous to their own selves, and evokes similar aggression in others. This is also a call to the state organs to direct these groups to seek some other means for gaining the rights that they feel are subject to discrimination.

—How would you advise young people who are acutely against this manifestation?

—How to advise those young people who feel that this aggression harms and morally insults them? In any case, the Church does not call and never has called people to violence against any groups, no matter what they are, nor against these groups of people who have consciously chosen the path of moral and spiritual death instead of the path of life. At the same time, no one can deprive young people of the right to non-violent and peaceful means of expressing their protest in defense of their own freedom and moral integrity, in the name of enduring human values.

—Does information about the metropolitan in Bulgaria, who recently gave the highest ecclesiastical award to government representatives who had opposed the conducting of a gay parade, or the fact that in Moscow the gay parade has been forbidden by the mayor for several years running, provide testimony that this question could be approached in another way?

—Without a doubt, the action of the Bulgarian metropolitan and the prevention of gay parades for many years in Moscow testify to the possibility of another approach to this question, which is artificially and calculatingly insinuated upon us by western centers of ideological power. It would be interesting to learn why the organizers and financiers of these gay histrionic presentations and theatrical vaudevilles are not trying to conduct similar things in the Islamic countries of the East.

—How does the Church relate to the numerous abuses of Christian symbolism at the gay parades, which offend people’s religious sensibilities?

—Abuse of Christian symbolism at gay parades is noticeable (the use of crosses, and other symbols). This is one of the signs that under the banner of a struggle for “minority rights” actually proceeds permanent aggression against the majority of people and against common human moral and spiritual values. Offense and defilement of what is most sacred to Christians is to a greater or lesser extent a struggle against Christianity and Christian faith, just as it is against common religious values, upon which all humanity and each human being has over the centuries built their collective historical consciousness and existence.

Translated from the Russian by Pravoslavie.ru/OrthoChristian.com 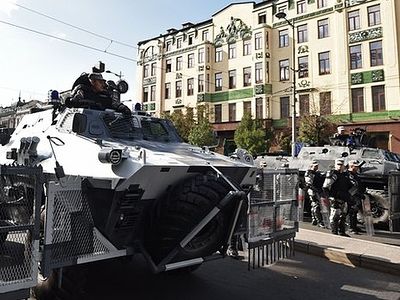 Despite 16,000 Strong Protest, Gay Parade Was Held In Belgrade Last Sunday "7000 police officers plus the army and armored vehicles with a helicopter were deployed to protect 200 gays from the Orthodox Serbian people." 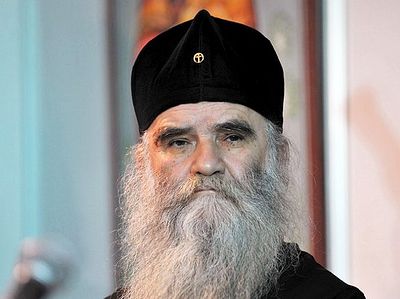