The First Orthodox Church In Rwanda 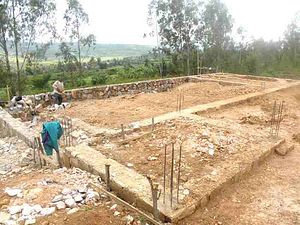 With the blessing of His Holiness Patriarch Theodoros II of Alexandria and All Africa, two weeks ago construction began for the first Orthodox church in Rwanda. It is named after the Holy Trinity and is being built on one hectare of land purchased by donation from an anonymous donor (20,000 euros) and other Christians (15,000 euros). It is built in Nyamata, 2 km from the New International Airport with the support of the "Brotherhood of Orthodox External Missions of Thessaloniki".

Rwandan people have shown great interest in Orthodoxy, but financial difficulties in purchasing land and the settlement of relevant documents delayed the construction work.