Historic Orthodox Church in Turkey to be demolished, not restored 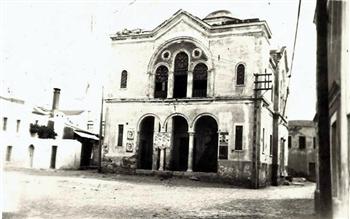 The decision to demolish a 232-year-old Orthodox Church in the Bodrum district of the western province of Muğla has surprised locals who had been expecting it to be restored, daily Radikal reported today.

Locals had applied to restore the Saint Nicolas (Aya Nikolaya) church, however the Bodrum municipality decided to demolish it instead, according to a claim by Pamukkale University that declared the church building rotten.

The decision was signed by Dursun Göktepe of the Republican People's Party (CHP), who was substituting for Mayor Mehmet Kocadon while the latter was in prison on allegations of corruption. However, Kocadon was against the demolition and has announced that he will launch an investigation into the decision.

Since 1965, the Saint Nicolas Church had been used as a storage site, cinema, theater