The President of Syria, Bashar Al-Assad has met the Patriarch of Antioch John X. 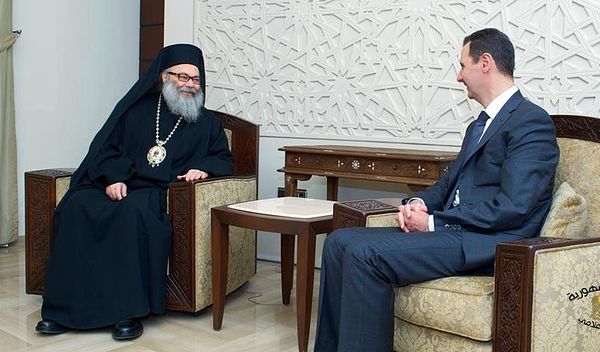 According to the Romfea news agency, during the meeting with the Patriarch, Assad expressed his appreciation of the role of the Church in consolidating the unity of the Syrian people in the face of the profound troubles in the country.

Assessing the situation in Syria, Assad stressed that ‘the aim of the onslaught is to destroy Syria’s social fabric, with its common values and co-existence’.

For his part, Patriarch John expressed the hope that ‘peace and security would come to prevail in Syria once more’.