More than 10 Mosques may appear in Athens 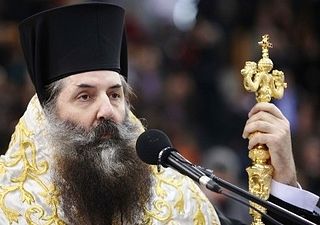 According to Giorgos Kaminis, the current mayor of Athens, building of the central mosque in the city opens the way for founding one or two Mosques in each district of the capital.

It should be reminded that Athens still remains the only European capital city with no mosque. However, tens of thousands of Muslims from countries of the Middle East, Africa and Indian subcontinent live here.

Early in March, the prime minister of Greece Antonis Samaras ordered a contest arranged for building the central mosque. It is already known that the mosque will house 350 people and its building will cost 846,000 euros.

Metropolitan Seraphim of Piraeus has called upon the Council of State to make a special decision against building of mosques. In his view, Muslims must not build their places of worship in Greece as it violates religious rights of Greek Christians, reports Greecetoday.ru.