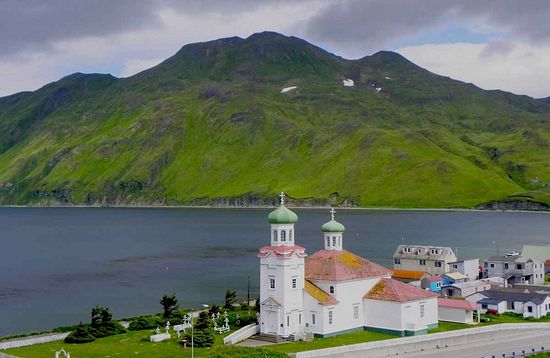 For last several years, with the close cooperation of representatives of the Russian Orthodox Church, the Russian Academy of Sciences (RAS), the Ministry of Foreign Affairs of the Russian Federation, and the embassy of the USA in Moscow, research is being conducted on the spiritual and cultural heritage of Russian America—a unique historical phenomenon associated with the development of the Pacific coast of North America by Russian discoverers, industrialists and Orthodox missionaries.

The participants of the round table will tell about the work with archives, elicited facts (unknown earlier) from the history of the discovery of Alaska and the development of the Orthodox mission in North America, and academic conferences on this subject area that have taken place in Russia and the USA lately. Russian researchers as well as the research manager and a member of the "Alaska-2011" research expedition that made a more than 1000-kilometre-long crossing of the rivers of the inner Alaska, will tell about the surviving elements of Russian spiritual and cultural tradition and the little-studied languages of the peoples of Alaska. Moreover, the participants of the round table will discuss the experience and perspectives of youth, and student exchanges that would promote the popularization of these studies in both Russia and the USA, and the development of a positive Russian-American cultural dialogue.

The participants of the round table are:

1. Metropolitan Clement (Kapalin) of Kaluga and Borovsk, chairman of the Publishing Council of the Russian Orthodox Church, candidate of historical sciences, the author of the fundamental work, The history of the Orthodox Church on Alaska before 1917;

2. Vladimir Nikolaevich Vinokurov, Extraordinary and Plenipotentiary ambassador of the Ministry for Foreign Affairs in the Russian Federation, executive secretary of the joint Russian-American presidential commission;

4. Petrov Alexander Yurievich, doctor of historical sciences, leading scientific worker of the Center for North African studies at The Institute of General History of RAS, research manager of the "Alaska-2011" expedition;

6. Bergelson Mira Borisovna, doctor of philological sciences, professor of the Linguistics and Information Technologies Department of the Foreign Languages and Region Research Faculty of the Moscow State University of Michael Lomonosov;

8. Hieromonk Makary (Komogorov), assistant to the Publishing Council of the Russian Orthodox Church chairman, a member of the "Alaska-2011" expedition.

Also, representatives of the embassy of the USA in Moscow have been invited to take part in the round table.

You can send your requests on the E-mail address: pc@vmdaily.ru

The address of the Media-centre: Bumazhniy passage 14, building 2, the 2nd floor.