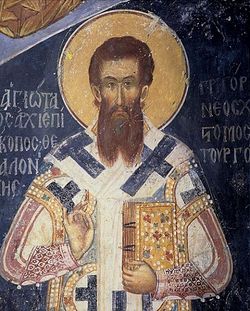 Saint Gregory Palamas
For modern western Christians (who typically have very little exposure to Orthodox Christianity), it’s often difficult to grasp the nature of the divide between east and west. In my experience, most reflexively tend to reduce the differences in their mind to being relatively superficial or inessential. But the divide runs much deeper than most tend to realize.

One way to help westerners glimpse the nature of the divide is by shedding light on the paradigmatic battle between the heretic Barlaam and St. Gregory Palamas in the fourteenth century. Because this event took place in the post-schism east, it is especially absent from western Christian consciousness, yet it highlights some of the most significant and fundamental issues that divide east from west and—I would say, along with the Orthodox Church—truth from error.

Metropolitan Hierotheos Vlachos succinctly lays out the issue at the heart of the controversy:

Barlaam maintained that one could reach God through philosophy and conjecture, while St. Gregory Palamas, having experienced the actual road that leads to the knowledge of God, upheld the Orthodox view that it is only through purity that one can see God. (St. Gregory Palamas as a Hagiorite, p. 46)

Those who live purified lives—through a life of asceticism and noetic prayer, sustained and sanctified by the sacraments, in obedience to Christ through his Church—and are thereby granted to see the Uncreated Light of God (Matt. 5:8), in turn nourish the Church with the truth that has been revealed to them, and this wisdom is transmitted within the living tradition of the Orthodox Church. Contrast this approach with the scholasticism that dominates Roman Catholic theology—especially since Aquinas—and which formed the very foundations of the Reformation (e.g. Sola Scriptura), and you begin to see how deep the divide is. This divergence is manifested in the west today in the supremacy of the historical-critical method in Biblical exegesis, along with the submitting of all theological validity to the realm of discursive reason and “scientific” or quasi-scientific methods of inquiry.

Some might point to certain Roman Catholic saints, or holiness movements within Protestantism—spurred by the likes of John Wesley or Jonathan Edwards—which perhaps acknowledge the primacy of purifying the heart—of holiness—in knowing God. While I would applaud such insight from western theologians and western saints where it occurs, separated from the wellspring of the life of the Church, and with epistemological and doctrinal foundations that are still rooted in scholasticism, this truth has only ever been fleetingly and dimly glimpsed in the post-schism west. The precise method for success is handed down by those who have attained the light, and it can’t be stumbled upon in its fullness apart from that living tradition.

The witness of the saints is not intellectual and conjectural, but empirical… Because they have freed their nous from reasoning, passions and environmental conditions, the noushas been illuminated by divine Grace and guided to the vision of God. (St. Gregory Palamas as a Hagiorite, pg. 29)

With such being the conditions for seeing God—and therefore for true knowledge about God—these are the means by which all the great Orthodox Saints obtained deification.

Founded on principles foreign to the apostolic, patristic, living tradition of the Church, Barlaam’s approach to theology necessarily ends in agnosticism. Founded on Christ, the Apostles, and the undivided witness of the Orthodox Church, the teaching of St. Gregory Palamas provides the only way to come into direct, living contact with the “energies” of God—which are God himself. 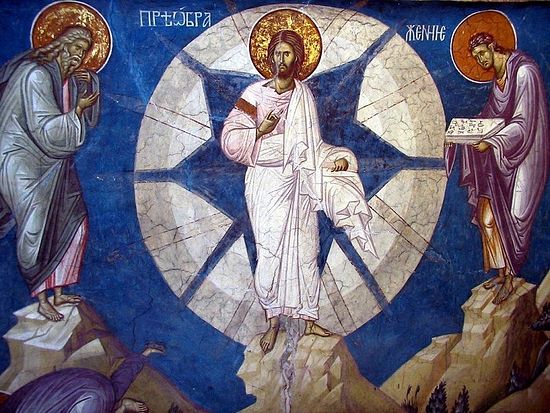 Transfiguration of the Lord. Fresco. Serbia

Nathan Duffy
Source: On Behalf of All 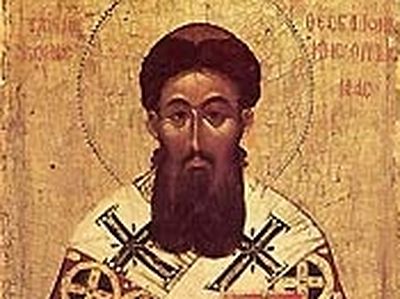 Second Sunday of Great Lent. St. Gregory Palamas. God is Light
Archpriest Alexander Shargunov
On the Second Sunday of Great Lent, we celebrate the memory of St. Gregory Palamas, Archbishop of Thessalonica. On this day, the Holy Church speaks to us about the mystery of light, which we must come to know, if we want to behold the Resurrection of Christ. St. Gregory of Thessalonica and the theological arguments of the fourteenth century connected with his name taught that the light of the Transfiguration is uncreated light. 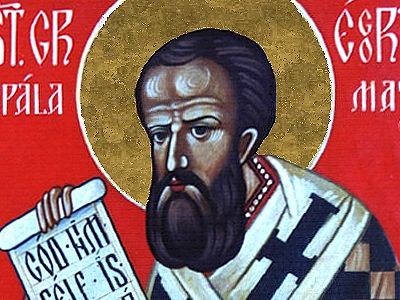 St Gregory Palamas the Archbishop of Thessalonica
Endowed with fine abilities and great diligence, Gregory mastered all the subjects which then comprised the full course of medieval higher education. The emperor hoped that the youth would devote himself to government work. But Gregory, barely twenty years old, withdrew to Mount Athos in the year 1316.
Комментарии
×