Believing in the Good 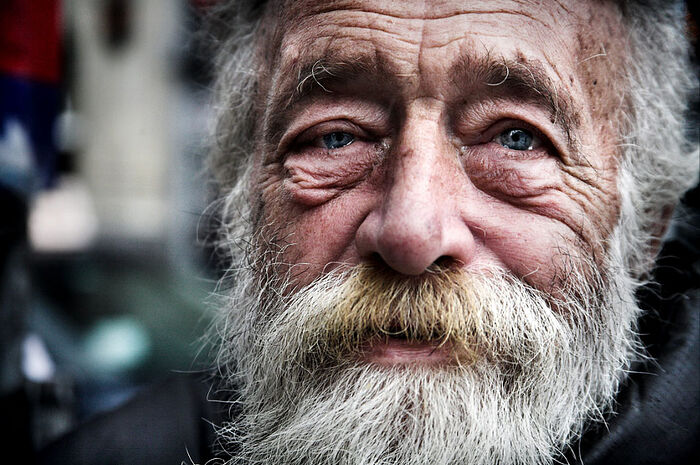 In nearly every person’s biography—internal or external—there is something shameful, something terrible and torturous to remember, but which inevitably comes back to his memory and feelings from time to time, poisoning his entire existence. Even if there be a person who self-contentedly announces that there never has been anything like that in his life, then most likely the memory of any shameful deeds and desires are simply eclipsed in him by his self-assurance, which cannot endure to admit his spiritual bankruptcy. Even worse, it is often the most “correct” people who are the cruelest tyrants, only they stubbornly refuse to understand this, like a blind man who refuses to believe in the existence of light.

But here is the question: Does the presence of dark moments in a person’s life mean that we can evaluate him through the prism of these facts, that we can view him as worthless? Perhaps in part; however man is made with many parts to both his internal and external biography. And the totality of his personal history is comprised of episodes that are shameful, but also radiant and exalted, if we look at the extremes. In between these are a great many events that are relatively good or evil, if we can put it that way, so that the absolute majority of them are forgotten outright, because they do not touch the depths of life. However forgotten they may be, these events weave the complex and inimitable individuality of every person.

But alas, we often lightly pronounce sentence and form an idea about someone based upon… not even the knowledge of different facts of his biography, but much more often upon hearsay, conjecture, and our own opinions supported by nothing, yet influencing us so powerfully that we consider our opinions the sole and precise truth about one or another person. But this is not at all correct—not in 99 cases out of 100, but in all 100 cases. Therefore, if we speak about a negative, disagreeable, and suspicious relationship to a person, then we should definitely be speaking about our absence of love for him. And this absence, and even the very lack of desire to recognize it as a defect, says very much about our own selves. It says that we are far from the true Christian life.

After all, love for a person does not at all mean blindness and thoughtlessness; it does not at all mean some sort of self-deception. The loving person sees the inadequacies, vices, and weaknesses of another, but above all this observation stands another, higher knowledge—namely: that a human being is something immeasurably greater than the sum total of his vices, sins, and inadequacies. Every human being is a child of God, who unconditionally deserves love. And all the darkness that attacks him and is present in him, and is as if part of him, is only a part that to a greater or lesser degree influences the whole, but which does not have the ability to swallow him up irreversibly as long as he is still alive on the earth.

Furthermore, the very fact that he abides in earthly life says that for him the story of the creation of his “personal eternity” is not yet finished, and the Lord is giving him time and the chance to take conscious steps toward a transformation of life. And the meaning of these steps is determined not even by deeds obvious to us humans, but by the power of good will, the conscious striving for God. The Lord alone can evaluate the true meaning of the heart’s striving in the context of all the circumstances—both inward and outward—of a person’s life, in the context of the difficulties that he has to overcome in his striving for God.

There are two very widespread temptations with respect to our neighbor. The first could be defined thus: “I think what I think…” This means the following: The evil one is whispering bad thoughts in our ears about one or another person, and if we accept them as our own, then they will begin to grow with destructive force, turning our life into a nightmare from which it will be very hard to free ourselves. To prevent such a serious spiritual illness as hostility or hatred from developing, we have to be attentive to ourselves, and never trust the bad thoughts that come to us about others. Again, this does not mean that person cannot possibly be as he seems to us. Sometimes we need to be vigilant and careful, even avoid association with certain people, but at the same time we must never suppose that we know everything about people, that we actually know what he truly is, precisely because a person’s life is more complex than any aversion we may have for him.

The second temptation is closely connected with the first, and can be defined by the words: “I think that he thinks…” Well, this is just a field ripe for cultivation. How many examples and cases are there when it seems to one person that another thinks ill of him? Again, independently of whether our suspicions correspond to reality or not, we must not believe these thoughts; for the enemy of mankind works precisely in this way: he suggests to one person bad thoughts about another, and to the second he suggests the thought that the first thinks ill of him. Even if only one of them refuses to believe this suggestion and to believe rather in the good within that person and pray to God about it, then the evil one’s crafty designs are put to shame.

Before forming a hostile opinion about someone in the blink of an eye, based upon our own observations or suspicions, let’s stop. Let us stop and remember that each one of us without exception has something that could make others turn away from us with dislike, suspicion, and disgust. And if we ourselves do not want the “dark truth” of our biography to become the basis of people’s relationship to us, then let us not believe in dark rumors, facts, and opinions—not only because they are not true, but because they do not define the fullness of the human personality. 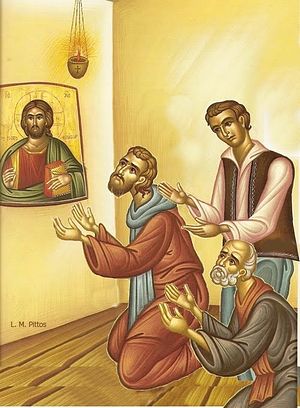 It would be better for us to be mistaken in thinking well of a person than to be mistaken in thinking poorly of him. Belief in the better in any case leaves a person with the chance to correct himself, even if he acted badly. That means a lot! And we do not sin by believing in what is better in a person, even if our hopes are seemingly unjustified. God also “believes” in that person and works with all His might to help effect his correction. To the contrary, if we believe in the worse, and our suspicions are not justified, then we sin greatly by our slander and judgment of the person, even if it is only in our heart. But if we turn out to be “correct” in our suspicions, then we are sinning in that we did not resist our suspicions, and thereby, perhaps, we have helped evil to take root in him. Because belief in someone else’s evil strangely increases the probability of its actually coming to pass.

So also is belief in the better in a person not a distanced contemplation, but a direct (albeit not always understood by those around us) participation in his life. It is the participation of compassion and love, which inevitably finds expression in prayer, because compassion and wishes for the best in the highest sense is what makes us “like” God, Who, more than we are able to imagine, desires salvation and the fullness of love and joy for each human being. And His will toward us is that we also would consciously and willingly become participants in Divine care for each one of us.

So, belief in this possibility of sanctity, the fullness of life for a person, belief in his potential oneness with God, and in the everyday sense — belief in the better in a person is what all of us who call ourselves Orthodox Christians undoubtedly need to strive for.

In our association with one another, with every person without exception, close or distant, accepted by us or not, let us remember man’s connection to God—a connection that really does exist, but one we are unable to understand or evaluate by force of reason alone. Let us remember that only love truly knows a person, because love sees him in its own way, in all his God-created fullness and beauty; its sees him as he could be, and… believes in this possibility.