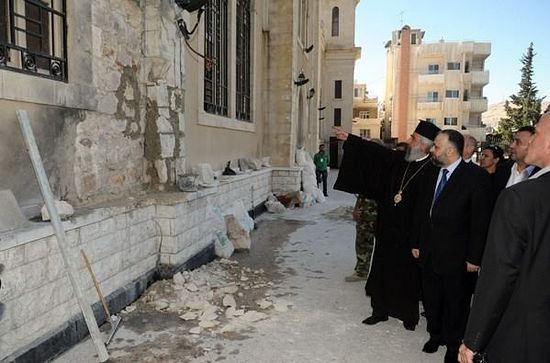 Near the Holy Cross church in Damascus

The Syrian minister of waqf (in accordance with the Muslim law—inalienable property, endowed for religious or charitable purposes) Mohammad Abdul-Sattar Al-Sayyed has confirmed Syria's commitment to the principles of lasting national unity, indicating that all world religions call to peaceful coexistence, strengthening of universal values, love and forgiveness among people, reports SANA.

During the meeting with Patriarch John X of Antioch and All East, which took place in the Cathedral of the Blessed Virgin Mary, he noted that statements and fatwas of takfirists-wahabists do not represent true Muslim thinking and serve the interests of the nation's enemies. Their approach will not affect the resolution of the Syrian people in their resistance to the broader war being waged against them, he said.

Patriarch John X said that Syria was the motherland of all religions and the centre of correct Muslim and Christian thought, and thus it is the symbol of the peaceful coexistence of Christians and Muslims together, reports SANA.

He stressed that the conspirators would not be able to stir up strife among the Syrian people who, owing to their consciousness and cohesion, will come out the winners in the crisis.

The governor of Damascus Bishr Al-Sabban stated that those who are trying to commit acts of aggression against Syria forget that the Syrian civilization is already over 10 000 years old, and that its people are famous for their national unity, based on respect for all religions, love and peace. The Syrian people, owing to their cohesion and consciousness, will foil the plot of the enemies, he said.

The minister of waqf and the governor of Damascus also visited the Holy Cross church in Damascus, in the Al-Kassa neighborhood, where repair work is being carried out after damage was caused by the terrorists. 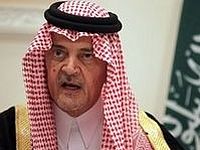 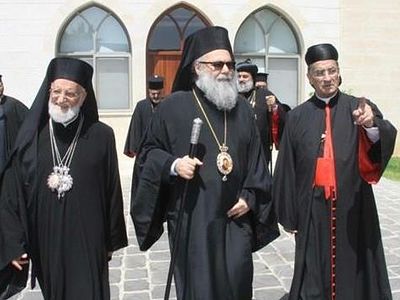 Patriarchs Call on Region's Christians to Hold on to Their Lands

Patriarchs Call on Region's Christians to Hold on to Their Lands The patriarchs of Eastern churches Tuesday deplored the raging violence in Iraq and Syria that has caused a massive wave of refugees, exhorting Christians to maintain their presence in the region's war-torn countries and keep hold of their lands.

Over 200 Christians held hostage in Syria

Over 200 Christians held hostage in Syria At least 220 Christians in northeast Syria have been taken hostage by the ISIS militants, reports Interfax-Religion with the reference to a report by the Supervisory Board for Human Rights in Syria.
Комментарии
Войдите через FaceBook ВКонтакте Яндекс Mail.Ru Google или введите свои данные: