Baroness Sayeeda Warsi, the United Kingdom's first-ever Minister of Faith and also its first Muslim cabinet member, has demanded a greater international response to the religious persecution of Middle East Christians, specifically those in war-torn Syria. Warsi called religion-based segregation, discrimination and violence "the biggest challenge we face in this young century." 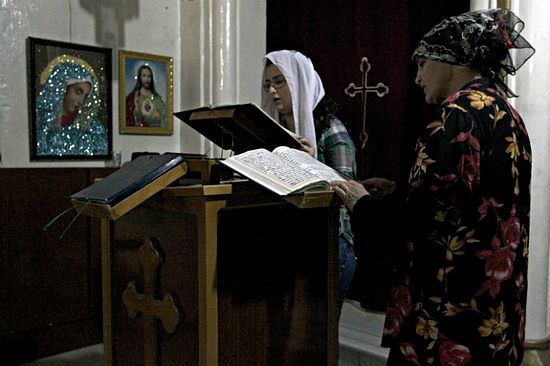 "Across the world, people are being singled out and hounded out simply for the faith they follow or the beliefs they hold," said Warsi, adding that various faiths "are falling victim to the new sectarianism that is breaking out across continents."

However, the U.K. politician, who also serves as Senior Minister of State at the Foreign and Commonwealth Office, went on to highlight Christianity, "a religion which is suffering particularly in the wake of changes to the Middle East."

"Catholics, Protestants, Orthodox Christians and others are the victims of this type of militant sectarianism. These communities have lived in these regions for centuries, in places where their faith was born. Yet some are portrayed as newcomers," said Warsi on Friday at Georgetown's Berkley Center for Religion, Peace & World Affairs.

"Many are rooted in their societies, adopting and even shaping local customs. Yet they are increasingly treated as outsiders. These minority populations have co-existed with the majority for generations. Yet a mass exodus is taking place, on a Biblical scale. In some places, there is real danger that Christianity will become extinct."

Warsi used as an example of such dangers the conflict in Syria, home to one of the world's oldest Christian communities and the Middle East's largest.

"The ongoing widespread bloodshed there masks another huge change: the rapid hemorrhaging of the Christian population," the minister noted. "Many have already fled the country."

The Associated Press recently reported, citing church officials, that about 450,000 Christians have fled their homes in Syria, part of a greater wave of 7 million Syrians who have escaped during the 2½-year civil war.

May Christians suspect that they are purposely being targeted specifically for their faith by Islamist extremists among Syria's rebel forces. Christians are about 10 percent of the population, which numbers 23 million. The majority of the country's population are Sunni Muslim, according to the AP, and are greatly represented among the rebels.

Warsi suggested that collective punishment was being doled out based on the Christian population's perceived association with the regime of Syrian President Bashar al-Assad and the West.

Most Syrians, Warsi insisted, "want a peaceful, democratic future," no matter their religion.

The U.K. politician made a similar case for the violence suffered by Christians in Pakistan and Iran and cast the growing trend as "a global crisis… [that] needs an international response."

"Statutes and sanctions, aid and ambassadors – none of these will make a material difference," she said. "What we must do is make religious freedom a priority, change the way we approach this global crisis, and ensure we tackle it together."

Part of the solution to the global crisis, Warsi suggested, was to keep the historical record in mind as it shows that it is possible for communities of different faiths to peacefully co-exist. "So we must expose those who seek to twist history, who are neither true to the roots of their faiths or the founding principles of their nations," she added.

The U.K. minister went on to suggest that protecting the identity of religion, state or culture was also necessary; that there are benefits to religious freedom, which affects a society's ability to flourish; and that the majority should step out on behalf of the minority.

"Religious persecution is blighting lives, ruining lives, ending lives; right now, right across our world," said Warsi. "This is not just a problem for the people who are affected. It's not just a faith problem. It's a global crisis. And it can no longer be ignored." 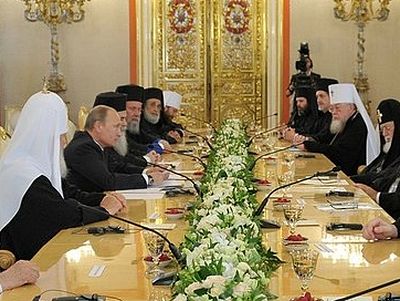 Commentary: Orthodox bishops chafe at Christian persecution in the Middle East With the civil war in Syria and the civil conflict in Egypt, the instances of violent repression increased. This rise in the rate of violence signaled a change that was particularly worrying for Orthodox bishops, who lead the largest body of Christians in the Middle East.
Комментарии
Войдите через FaceBook ВКонтакте Яндекс Mail.Ru Google или введите свои данные: