The Blessed Feast of the Nativity of Christ in Pakistan

St. Michael the Archangel Orthodox Mission in Pakistan (The Russian Orthodox Church outside Russia in Pakistan)

A report on the feast of the Nativity of Christ in Orthodox churches of Pakistan, prepared by Fr. Joseph Farouq, Assistant Rector of St Sergius Orthodox Church Sargodha and Visiting Priest to Islamabad for Iranian families: (fr.joseph.rocpk@gmail.com)

With the blessing of His Eminence Metropolitan HILARION, Archbishop of Eastern America and New York, First Hierarch of the Russian Orthodox Church Outside of Russia. On January 7, 2014 the Russian Orthodox Believers outside Russia in Pakistan celebrated Christmas according to the Orthodox Traditions and Faith. They participated in all religious activities with joy and spiritual passion. The ROCOR believers attended Divine Liturgy in three parishes. All the religious services on New Year and on Christmas Day were full of orthodox worshipers in Pakistan. On January 7, 2014 after the Divine Liturgy, ROCOR Believers in Pakistan had festival meal. 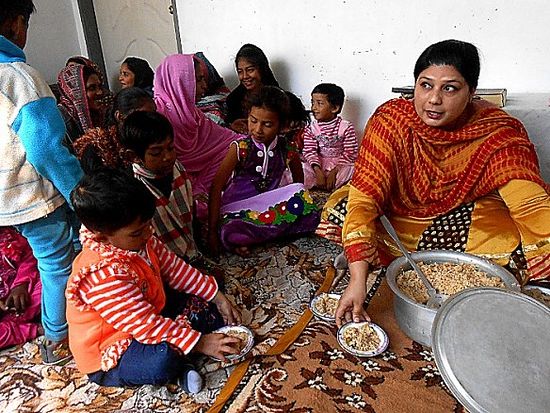 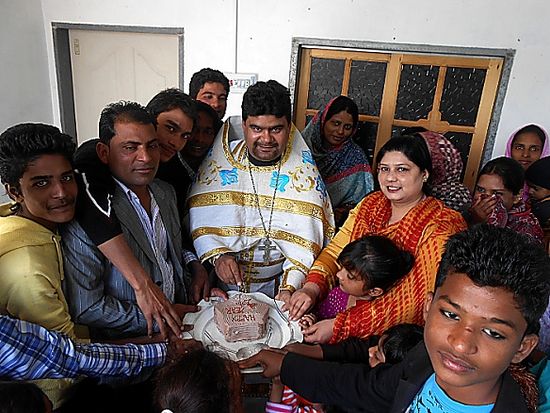 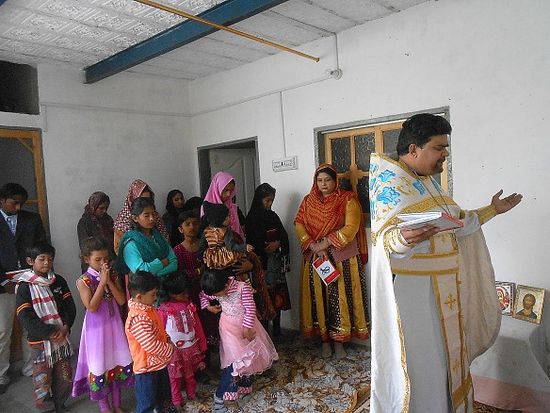 The law enforcement agencies increased security around the churches after the suicide blast in Peshawar on 22 September 2013, therefore the Christmas celebrations were held under tight security due to threats by Taliban. Christians in Pakistan are brave and come on the feasts in the church singing joyfully with complete faith in Lord Jesus Christ. 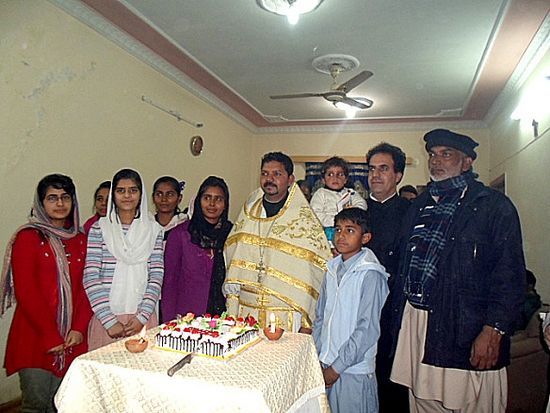 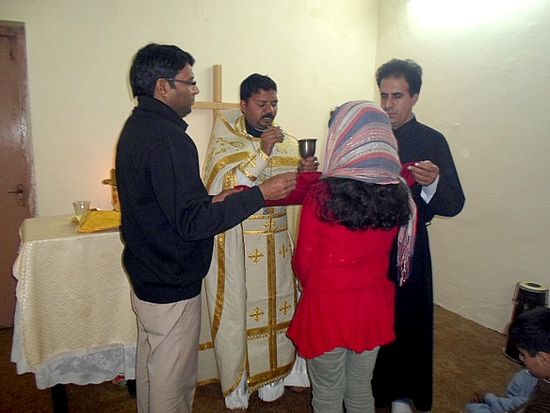 It is worth mentioning that the Christmas Lent is a favorable time in which we need to bring the fruits of repentance and prayer. The ROCOR priests in Pakistan preached forty days of fasting, during this time the faithful were taught not to eat meat and were asked to pray for the repentance of their sins and do some charity for the poor and needy. The Christian Community in Pakistan is very poor but they do some charity for the brothers and sisters. Many of the faithful came for confession to gain spiritual perfection. 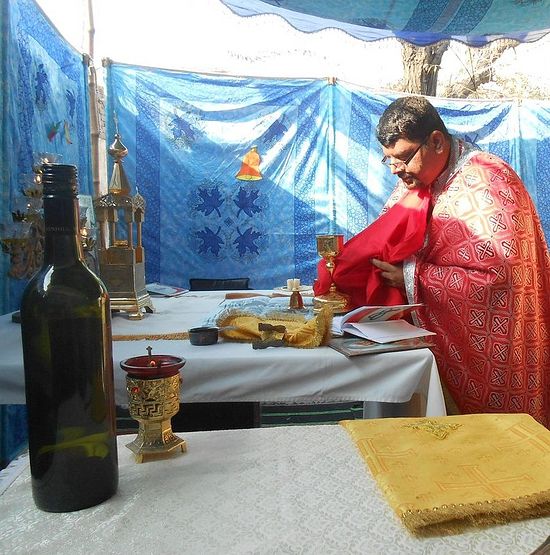 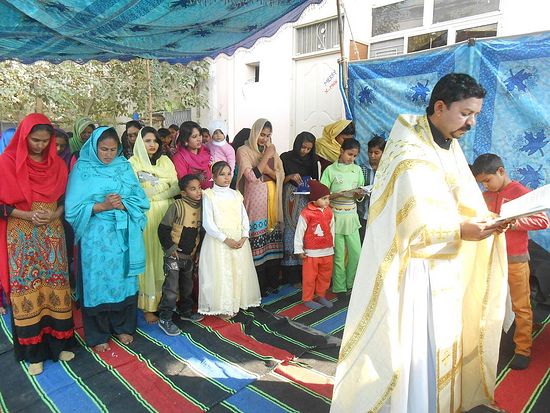 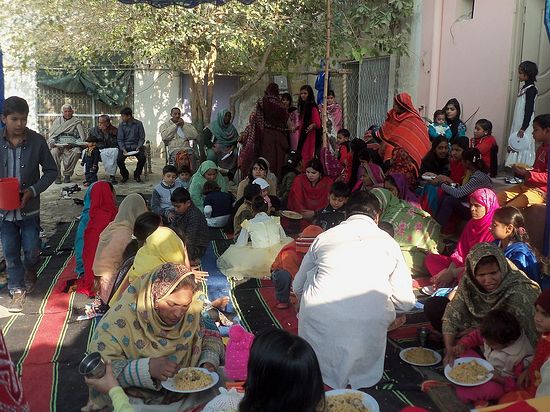 On Christmas day during the Divine Liturgy, special prayers were offered for peace in suffering land of Pakistan, Egypt and Syria. We also prayed for peace all over the world and for the Orthodox Believers in the world. 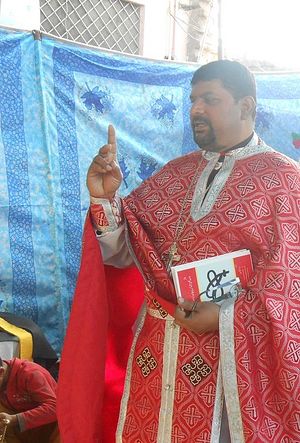 Please accept our heartfelt and passionate thanks for all the support and prayers on this joyful feast of Nativity of Christ. 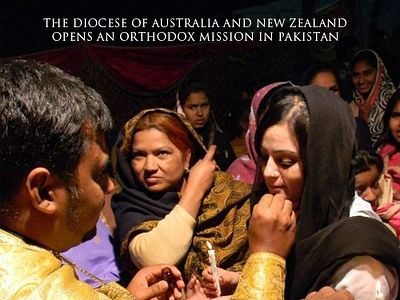 Building of the first Orthodox Church in Pakistan 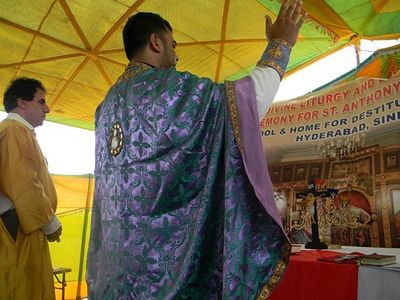 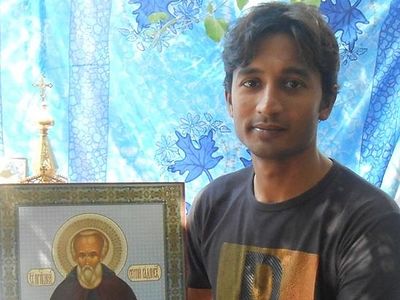 The Story of Sanawar Mark Fr. Joseph Farooq My study and weekly visit to “The Holy Cross Study Center in Sargodha” made a tremendous change in my life, and I felt that I needed a true faith; therefore I continued reading the Orthodox literature. A miracle happened in my life: whenever I looked at the icon of Jesus on the wall of the Holy Cross Orthodox Study Center, I noticed that Christ speaks to me personally. So I realized that He is calling me to live the true faith that was handed over by Christ to His Holy Apostles. Finally I made a decision. I said “Yes” to Christ our Lord and true God.