Embrace your Orthodox brothers and sisters in Christ 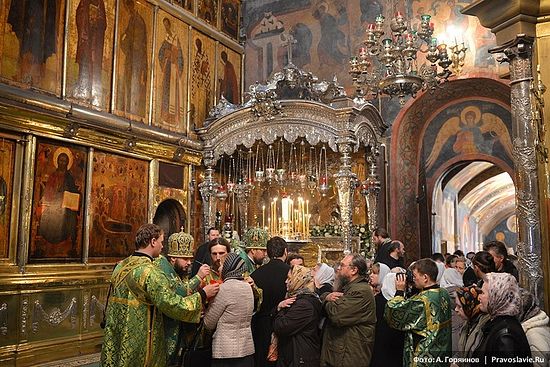 The term orthodoxy, understood as “right belief” or “right worship,” carries immense weight. Determining orthodoxy draws lines between the Christian and the non-Christian, between the saved and the unsaved, between those we associate with and those we do not. Defining it is essential, but maintaining relationships in the process can be intensely difficult.

For me as an Antiochian Orthodox Christian, orthodoxy means the Eastern Orthodox tradition — the association of apostolic churches preserving Christianity since the time of Christ. Memories of incense, chanting and icons come to mind, calling me to disciplined prayer, repentance, humility and reverence.

But many Biolans either do not know about the Eastern Orthodox churches or react strongly to their beliefs and traditions. At times, organizations on campus call me to evangelize, ironically, to the Orthodox Christians. Many hard conversations later, I find myself hiding information about my faith because it introduces tension into my relationships.

DIFFERENCES BETWEEN EAST AND WEST

The cultural differences between the East and West cause some of this tension. While the West emphasizes intellectual precision — for example, in the development of systematic theology — the East pursues noetic vision, emphasizing man’s inability to grasp the wonders of God. Thus Orthodox prayers and liturgical worship have a mystical attitude that seems strange to Evangelical Christians.

However, the Western and Eastern churches possess real similarities alongside their real differences. Both worship the Father, Son and Holy Spirit. Both baptize believers, celebrate communion, worship corporately, study God’s word and practice Christ’s love. Additionally, both struggle with hypocrisy, battle evil influence and suffer persecution. We are all human and redeemed, dead and alive, sinful and Christlike; we are the church in her blessed, blighted beauty. Working alongside each other, therefore, should occupy our minds, especially in light of current conflicts.

In many currently unstable countries, Orthodox churches provide the primary Christian influence and suffer the consequences. For instance, in Syria, the rebel Syrian army has captured and killed innumerable Orthodox Christians. In countries like Russia the Orthodox struggle to overcome the effects of disastrous government regimes. But many Christians do not know about these struggles because the American media ignores them. Further, some evangelical groups create division by hastily evangelizing communities with radically different styles of faith. These are complex cultural issues that require careful responses. If we do not study the problems, cultures and faith of our global church family, our ministry attempts will cause chaos, not harmony.

Loving the church well, like loving individuals well, involves intimacy, knowledge and consideration. As we engage with the global church, then, consider staying prayerfully informed about church history as well as current world events. Then, as we humbly seek understanding, cultivate cooperation with Christians of different traditions, recognizing their part in the complex, confusing yet glorious body of Christ.

A Different Light: Youthful Travelers in Contemporary America Nun Nectaria (McLees) Twentieth-century readers knew Kerouac’s On the Road and Jack London’s earlier hobo classic, The Road, but how many of us know what the 21st-century counter-culture is up to, their life-styles and aspirations? We see the tattoos, nose-rings, attitudes, but do we hear the cries of the heart from young people searching for truth? In the following interview Rainbow (Xenia) Lundeen and Seth (John) Haskins, both baptized Orthodox after this conversation, share the by-ways they’ve taken in trying to live out the Gospel in their lives. 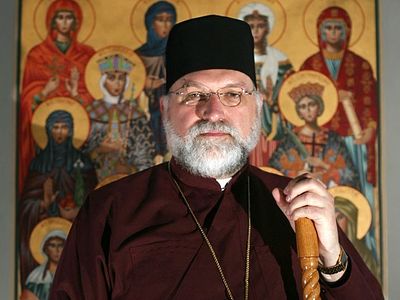 New Orthodox Christian bishop says modern worshippers like ancient rites "Some churches' roots are not deep, so people pass through those churches like water through a pipe," Bishop Mark said. "People drift from church to church. Some may come to feel that the church they are attending is not the church they grew up with, that somehow the rug's been pulled out from under them." 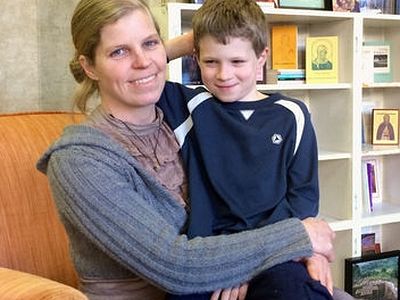 'Ancient Church' Orthodox Christian reading room offers an 'open door' to those seeking faith Jodi Hailey found her faith nearly two decades ago. Now Hailey, who lives in Forest Grove, wants to bring the same opportunity to her town.
Комментарии
Charles D. Smith14 апреля 2014, 14:00
Well said. I have often wondered, or worried, about "Missionary" work by Western Christians in Russia and other Eastern countries with Orthodoxy as their main faith expressions. And, as an aside my status changed this past Saturday; I am no longer a member of the catechumenate, but a full member in the ROCOR.