One regret too many – reflecting on one's life 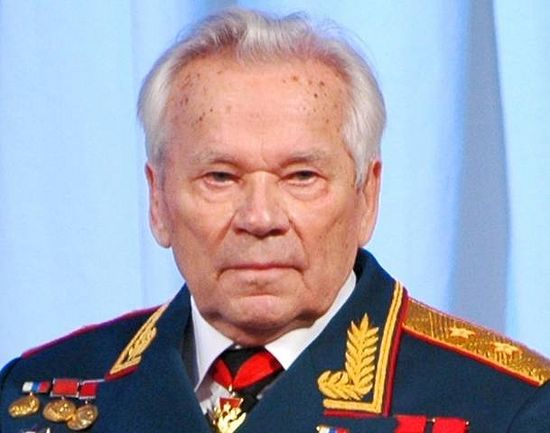 In “My Way,” Frank Sinatra crooned, “…regrets, I’ve had a few, but then again too few to mention.”

In the end, even if the regrets are few in number, it only takes one to challenge your conscience, thus causing self-doubt regarding whether your personal sojourn was noble, honorable and true to one’s Creation as the Creator intended.

Mikhail Kalashnikov, who designed the AK-47 assault rifle, died in January. Approximately seven months before his death, he wrote a poignant letter losing much of the bravado he once expressed for inventing the deadly weapon.

His words could have been spoken by a character in a Dostoevsky novel wrestling with good and evil in the world and the personal role we knowingly and unknowingly play in feeding energy into both.

It’s estimated over 100 million AK-47s have been sold and used in wars and conflicts throughout the world since its invention in the late 1940s.

Kalashnikov is considered a hero by many in Russia and the former Soviet Union. The Russian Orthodox Church has simplistically negated any responsibility he may have had in murder, claiming the weapon was conceived and made to kill in defense of God and Holy Russia. Any misuse of the weapon reflected freedom of choice by others to murder.

The AK-47 inventor, however, not the leaders of corporate religion, had to face God for his actions.

“If my rifle took lives, does it mean that I, Mikhail Kalashnikov, aged 93, a peasant woman’s son, an Orthodox Christian in faith, is guilty of those people’s deaths, even if they were enemies?”

According to Kalashnikov, “It is a source of great sorrow for me that the assault rifle which I designed has produced many casualties.”

He further reflected, feeling less pride as time passed, about his dubious contribution, “I am no stranger to the pain of losing comrades in battle. But the tragedy of innocent lives lost at the hands of terrorists is beyond compare.”

Kalashnikov observed, "I keep having the same unsolved question: if my rifle claimed people's lives, then can it be that I ... a Christian and an Orthodox believer, was to blame for their deaths?"

"The longer I live,” Kalashnikov said, “the more this question drills itself into my brain and the more I wonder why the Lord allowed man to have the devilish desires of envy, greed and aggression."

In the "Brothers Karamazov," Dostoevsky wrote that each one of us is responsible for the misdeeds of others because we are all interconnected. Do envy, greed and aggression prevail because we encourage these vices in one another? Do they fester because of individual and societal insecurity? Do they exist because a sense of self is lost, corrupted or never found?

Dostoevskian themes include each individual’s dark potential to engage in misdeeds, not unlike the criminal in prison. Even generally good people can and do go astray. More likely than not we have compromised our humanity on some level at one time. If taken to the extreme, our negative behaviors manifest in extraordinary pain and suffering in others and contribute to a society and world of hurt.

It is in community, in part, we find healing, meaning and closeness to something holy, higher and better than our own self-interest. It’s in the purity and transformation brought by uniting with the cosmological sources of life where the energy of violence and destruction once gnawing on Kalashnikov’s soul is transformed into goodness enabling and empowering each individual to be true to his or her Creation as the Creator intended.

Like many at various stages of their lives, Kalashnikov asked and reflected, what is the meaning of his life? Forty, 50, 60, 70 and beyond are among the landmark birthdays when many take stock in their life.

American society conditions us from a young age to determine our success from a standpoint of wealth, degrees, social status and of course owning a home. These are illusions of success, yet they remain pervasive elements in how many measure their lives.

Over 130 years ago, Dostoevsky observed, “When more material goods have been accumulated than ever, there is less joy.” This prophetic observation is as relevant today as it was over a century ago.

Perhaps what Kalashnikov asked in its most basic form was whether he had succeeded as a human being – kind, just, compassionate with an attempt to be fair to all, particularly those he may have personally disliked. In doing so, he had to wrestle with devising a weapon, depending on one’s perspective for self-defense (a slippery concept) or murder of sisters and brothers. 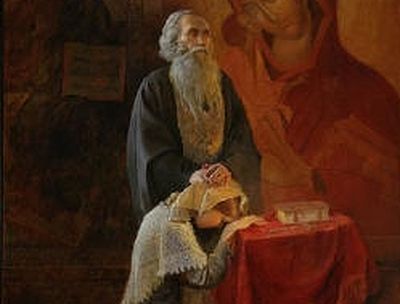 Many Confess, But Few Repent Monk Moses of the Holy Mountain

Many Confess, But Few Repent Monk Moses of the Holy Mountain Repentance is a freely-willed, internally cultivated process of contrition and sorrow for having distanced ourselves from God through sin. True repentance has nothing to do with intolerable pain, excessive sorrow and relentless guilty feelings. That would not be sincere repentance, but a secret egotism, a feeling of our “ego” being trampled on; an anger that is directed at our self, which then wreaks revenge because it is exposing itself and is put to shame—a thing that it cannot tolerate. 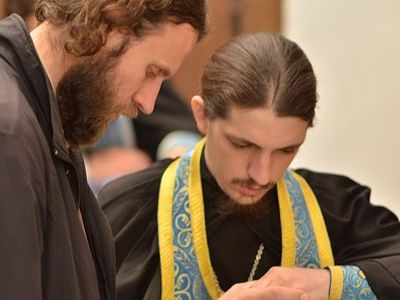 Thursday in the First Week of Great Lent St. Ignatius (Brianchaninov), Archimandrite Lazar (Abashidze) Often the mind does not remember a sin committed, or may hardly recognize it as a sin. However, the soul remembers—it feels hell inside, it languishes and suffers, and the whole person is filled with a kind of melancholy, anxiety, and despondency. 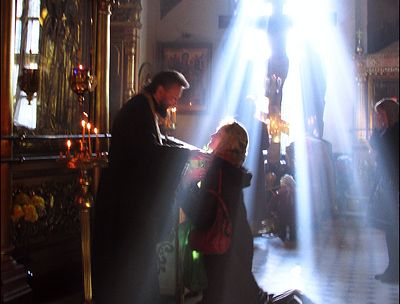 What Makes a Priest Rejoice at Confession Igumen Nektary (Morozov)

What Makes a Priest Rejoice at Confession Igumen Nektary (Morozov) A person can repent of the most terrible sins, the most barbaric evil-doing; his tale may be bitter and worthy of tears. But if an inner change occurs, that very “metanoia”, that is, a change of mind, or more precisely, of the entire human personality, there is no feeling of weariness.
Комментарии