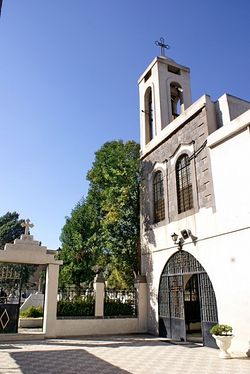 In the Syrian Old Homs, "Eleven Christian churches are either completely destroyed or heavily damaged," related a local priest named George Abu Zahem to the Lebanese The Daily Star newspaper.

He has described the situation in the al-Hamidiyah Christian quarter as disastrous. According to the priest, the churches were robbed and desecrated by militants.

"A true miracle happened at Holy Martyr Elian's Orthodox Church in Homs (6th century). The gunmen set it on fire. However, the fire did not touch the ancient icons on the walls—they just slightly darkened," the priest said.

The thick walls have saved the Cathedral of Holy Theotokos, the "calling card" of Old Homs, where is the city's main relic—a small portion of the Girdle of the Mother of God.

According to Abu Zahem, the bell-tower was damaged as a result of fighting: its bell collapsed in the cathedral's courtyard. 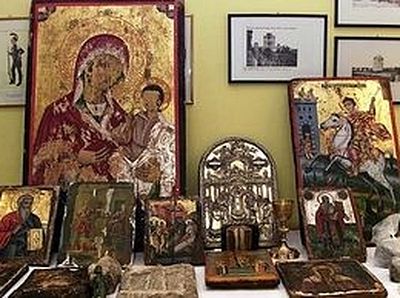 Albanian police confiscates over 100 stolen Icons A police representative said that the stolen things had been intended for selling abroad.

Rakka Christians: we do not have a right to say, "leave me alone!" In its weekly column, "Voices from the net", the FRANCE 23 Arabic French TV channel showed an interview with a resident of the Syrian town of Rakka (Ar Raqqah, Racca), who told about the new phase of persecution of Christians by Muslim extremists.
Комментарии