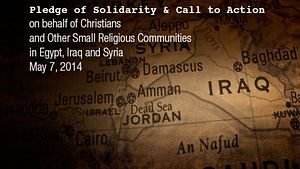 Close to 200 ordained and lay religious leaders have signed a pledge to commit themselves and the United States to protect Christians in Iraq, Syria and Egypt, who they say are being persecuted for their faith.

Key points in the pledge, released at a May 7 news conference on Capitol Hill, are:

– a request to President Barack Obama to appoint a special envoy on Middle East religious minorities to advocate on their behalf,

– a review of assistance so that funded projects “uphold policies and principles that relate to religious freedom and pluralism;”

– giving refugee and reconstruction aid “to help Christian communities and other defenseless religious groups remain safely in the region.”

Persecution of Christians can be traced to early Christianity, said Cardinal Donald W. Wuerl of Washington. But “the intensity of these new, continuous acts of violence” prompted the need “to bring this to light to the world today.”

The pledge text observed that Christians collectively form the second largest religious group in the Middle East, after Muslims, numbering up to 15 million people.

It said Egypt, Syria and Iraq, home to the largest remaining Christian communities, have seen “scores of churches deliberately destroyed, many clergy and laypeople targeted for death, kidnapping, intimidation and forcible conversion and hundreds of thousands of believers driven from their countries.”

It added that in Lebanon, the only other indigenous Christian community in the region, with more than 1 million people, could be threatened by instability across its country’s borders.

Joseph Kassab, founder and president of Iraqi Christians Advocacy and Empowerment Institute, told Catholic News Service following the press event, that so many people have fled Iraq that some Chaldean Catholic churches have had to close. Those that remain open are trying to serve the dwindling ranks of Christians.

George Marlin, chairman of the board of Aid to the Church in Need-USA, a Catholic agency chartered to help persecuted believers, told CNS that its staff has, “sad to say,” seen an increase in the number of violent acts against believers.

During the event, Marlin told of a Christian family that had fled an urban area in Iraq for the relatively more peaceful mountain regions in the northern part of the country.

“We need a cheese machine” was the family’s request. They had started tending to a herd of goats in the mountains and wanted the machine to convert the goats’ milk into a more saleable product. Marlin said Aid to the Church in Need got the family a cheese machine.

But, Rev. White, noted, he can no longer beseech his parishioners, “I’ll never leave you. Don’t you leave me,” because “if they stay, they might be killed.”

Greek Orthodox Metropolitan Methodius of Boston recalled the slogan commonly seen on posters at airports and train stations: “If you see something, say something.”

“We have been seeing a lot,” he said. “Now is the time to say something.” 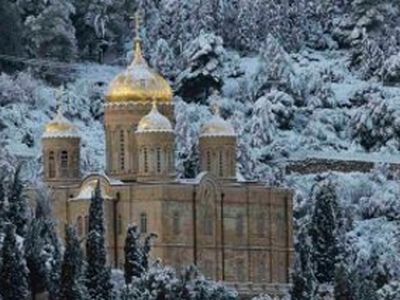 The winter of Christian discontent in the Arab world

The winter of Christian discontent in the Arab world Too many "well-meaning" individuals and groups have swallowed the fallacious Palestinian Narrative of Victimhood in the Middle East and fail to recognize that the Christians living there are the real victims. But in one MidEast country Christians thrive

Rakka Christians: we do not have a right to say, "leave me alone!" In its weekly column, "Voices from the net", the FRANCE 23 Arabic French TV channel showed an interview with a resident of the Syrian town of Rakka (Ar Raqqah, Racca), who told about the new phase of persecution of Christians by Muslim extremists. 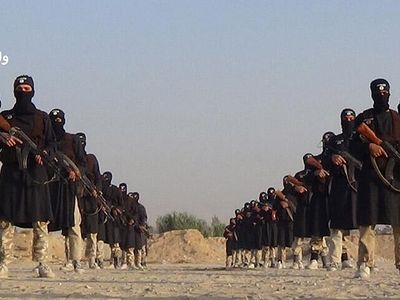 After Iraq gains, Qaeda offshoot claims Islamic "caliphate" An offshoot of al Qaeda which has seized territory in Iraq and Syria has declared itself an Islamic "caliphate" and called on factions worldwide to pledge their allegiance, a statement posted on Islamist websites and Twitter said on Sunday.
Комментарии