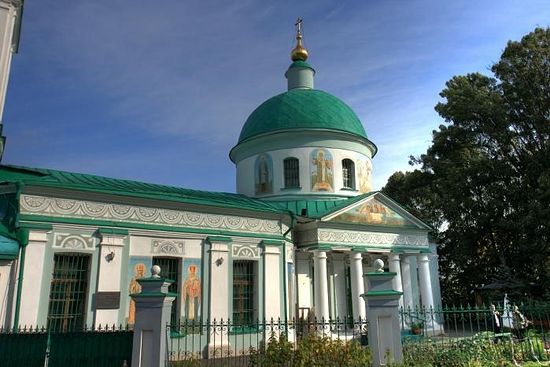 The parish of the Holy Trinity Church on Vorobievy Hills in Moscow has sent a bus with humanitarian aid to the city of Sloviansk of the Donetsk region in the Ukraine.

The humanitarian cargo consisted of medicaments, clothes, items of personal hygiene, spiritual literature, including 1000 copies of the Gospel, donated by Moscow missionaries, reported the congregation to Interfax-Religion on Wednesday.

According to the agency’s interlocutor, the bus is heading for Sloviansk via the Rostov region and the Ukrainian checkpoints controlled by voluntary corps’ members. The humanitarian cargo will be handed over to the Union of Orthodox Brotherhoods of Donbass.

The parish on Vorobievy Hills is headed by ex-secretary of the Odessa Diocese Archpriest Andrei Novikov, who had to leave Odessa in April due to persecution by the Security Service of the Ukraine.

Mortar shell hits a church building in Sloviansk A shell fired by the Ukrainian army hit a church dome in the Sloviansk city center during the services for Pentecost, reported the city council in the evening of June 8 to RIA-Novosti.
Комментарии