Go Tell It on the Mountain

There must be an unwritten law which holds that, as programs for universal government and world courts advance, the exercise of religious morality in public life becomes increasingly hopeless.

Case in point: The European Parliament has issued a new report on "fundamental rights," which demands an end to the centuries-old ban on the entry of women to Mt. Athos, the ancient monastic community in northern Greece. The EU report, released by French EU Deputy Fode Sylla, also called on Greece to lift criminal penalties for women caught entering the monastic zone. The EU report said the restriction is a violation of the international conventions on gender equality, non-discrimination and the "free movement of persons."

The Mt.Athos outrage comes amid controversy over the draft EU constitution, which has excluded any mention of Christianity’s role in shaping European civilization. An earlier version of the draft, however, did take care to acknowledge Europe’s debt to ancient Greece and Rome, and the Enlightenment (The latest revision only cites "cultural, religious and humanist inheritance of Europe"). When it was released, the draft constitution was much criticized by prominent Church officials. Said Christodoulos, the Greek Orthodox Archibishop of Athens and all Greece: "The proposed Constitution reduces the Church to a non-governmental organization, an institution whose houses of worship have the same status as the branch offices of a bank."

No one is calling for the establishment of Christianity as the official religion of Europe, just an acknowledgement of self-evident historical facts. But the omission of Christianity in the draft EU constitution, and the assault on Mt.Athos, is telling.

Simply put, the Church, its truths and traditions, represents a stumbling block to the EU’s growing ambitions for power. Against Christian morality stands the EU’s doctrine of fundamental rights – a lengthy list of Euro-socialist pieties, covering everything from terrorism to legalized euthanasia ("an extremely delicate subject"). How will the EU superstate of the future exercise power in a way that is informed by its culture’s moral truths and traditions? EU statecrafters won’t have to; they will simply draw up more lists of rights and grievances.

In effect, the EU is censoring history to make it more pliable for its own ideological ends. On the matter of the draft constitution, Archbishop Christodoulos warned that events of the 20th Century showed how an ideology allied with a powerful elite could lead to tragedy: "The peoples of Europe have suffered greatly at the hands of small but powerful groups that have wished to fit history and our will to their hands."

The EU’s call to turn Mt. Athos into just another tourist site was immediately rejected by Greece’s Deputy Foreign Minister Tassos Yiannitsis, who told the Kathimerini newspaper on Sept. 5 that the EU directive "would be in direct confrontation with fundamental, 1,000-year-old traditions, our faith and the monastic spirit of the Mountain." Mt.Athos is a self-governing district, ultimately subject to the Greek state and, on matters of faith, to the Eastern Orthodox Ecumenical Patriarch Bartholomew I. Athos is situated on a mountainous peninsula, dotted with 20 monasteries that draw a pan-Orthodox population of monks from around the world. (In the Eastern Orthodox world, nuns also live apart in monasteries and are led by an abbess). Some of the greatest Christian art treasures are located on the Holy Mountain. The monks of Mt.Athos spend their days in worship and work, committing their lives to God in a powerful witness to a reality beyond this world.

The Eastern Orthodox monastic tradition has always exercised a strong social conscience. St. Basil of Caesarea, who formulated many of the earliest rules of monasticism in the fourth century, set up his famous Basileias, an early welfare organization that functioned as an orphanage, a soup kitchen, and a school for the illiterate. Historian Ernest Barker pointed out that the monasteries acted as a check on Byzantine imperial power at crucial moments. "The monasteries and hermitages of the East," Barker observed, "were strongholds and rocks of Orthodoxy: they were peculiarly venerated, and often endowed with relics and offerings by the laity; and they counted as a great and independent factor when any grave question divided the Church or pitted the clergy against the emperor."

Is it the Church’s business to set the EU’s social and political agenda, or any other nation’s for that matter? Not at all. "No doubt the Church should not take sides in matters that are purely political or economic, but she should and must intervene when politics or economics raise ethical questions," wrote Fr. Lev Gillet, who published under the name of "A Monk of the Eastern Church." The Church, Gillet said, "must defend the essential rights of the human being. She must fight for natural law to be respected, whether between individuals or between states."

The paradox, today, is that under the guise of perfecting earthly society and endowing all with a rich panoply of human rights, states may trample on and discard religious faith. As strange as it may seem to some people, at least in Brussels, the Church has much to say about the modern human rights movement. In his just-published "Facing the World: Orthodox Christian Essays on Global Concerns" (St. Vladimir’s Seminary Press, 2003), Orthodox Archbishop Anastasios of Tirana and all Albania, discusses how the Church can prevent human rights declarations from becoming "dry, legal documents." The essential right, Anastasios points out, is the right to pursue one’s own true nature and purpose in life:

"As to the Christian churches, if they want to make their own distinctive contribution to the cause of human rights, they should not limit themselves to fine analyses and admonitions, but should become in reality what they were meant to be: centers of moral and spiritual inspiration, where personalities can be molded; laboratories of selfless love; a place where the kingdom of God reveals itself on earth; a place where the level of human life is elevated from a collection of individuals, who merely coexist biologically, to a ’communion of persons,’ which takes as its model the supreme reality: the Holy Trinity, whose praises the churches ceaselessly extol."

Archbishop Anastasios asks the Church to offer its unique witness in the human rights debate. And the Church’s "moral and spiritual inspiration" of which he speaks is too little found where political power is concentrating today. 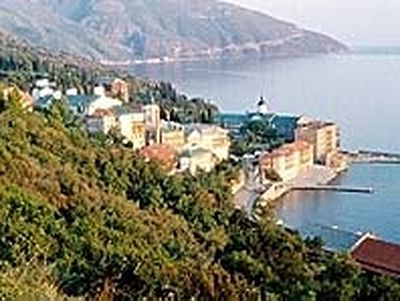 Feminism uber Alles Paul M. Weyrich, Chairman and CEO of the Free Congress Foundation The European Union, when it was formed, adopted a position against discrimination of the sexes. But it granted an exemption to Mt. Athos because of its special status as a holy place. Now, however, the European Parliament is in the process of reconsidering that exemption. 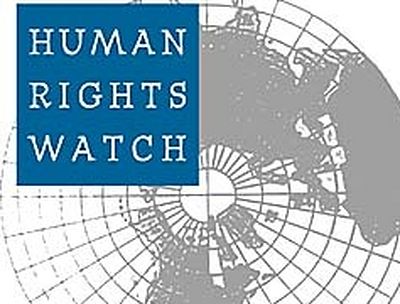 Human Rights Watch as a Political Instrument of Liberal Cosmopolitan Elite of the United States of America The events of last several years in Russia – Chechen war, acts of terror in Russian cities, consolidation of state institutions, struggle for influence on mass media, “spy trials” of G. Pasko and V. Sutyagin and arrests of oligarchs – had shown a striking likeness of positions of Russian human rights activists and their European and American colleagues. 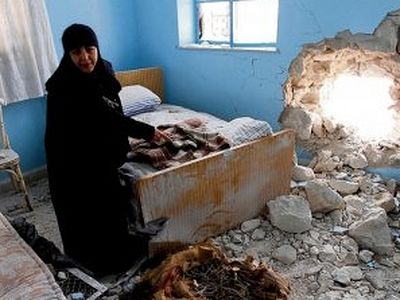 The Politics of Human Rights: Orthodox Christianity Gets the Short End

The Politics of Human Rights: Orthodox Christianity Gets the Short End There’s a cruel irony in the fact that Orthodox Christians—whose belief that all persons are created equally and distinctly in the image and likeness of God is a perfect expression of the contemporary view that human rights are universal—have been reminded, yet again, that the United States is unwilling to prioritize international law and justice over the worst kind of political cowardice and geopolitical calculations.
Комментарии
Войдите через FaceBook ВКонтакте Яндекс Mail.Ru Google или введите свои данные: