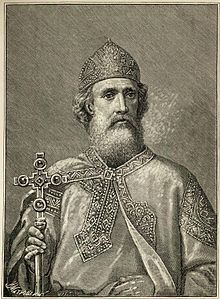 St. Vladimir
Yekaterinburg’s Orthodox Christians community gathered this week to celebrate the 1,025th anniversary of the introduction of Christianization of Russia as the city’s Muslim population celebrates the holy day of Eid ul-Fitr, which marks the end of Ramadan.

The Christian baptism ceremony celebrated the commemoration day of St. Vladimir with the Family Marathon rally, which was attended by more than 400 families, Ekburg.ru reports.

During the rally, families delivered flowers and placards to the city’s Square of Labor calling for the revival of family values in Russia. The rally continued with a concert and the distribution of raffle prizes.

The Orthodox holiday concluded with a 15-minute chiming of all bells within all Orthodox churches in Russia, Ukraine and Belarus, according to Ekburg.ru.

The three-day Eid ul-Fitr holiday was celebrated by the city’s Muslim community with large feasts among relatives, friends and neighbors. Food and clothing items were also donated to the area’s poor.

No arrests were made during the week of religious celebrations in Yekaterinburg, Ekburg.ru reports. 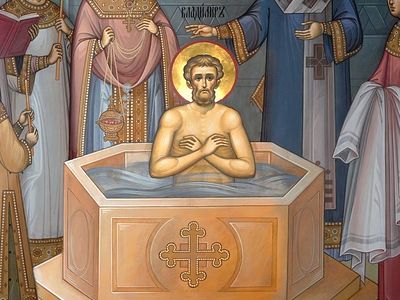 On the Spiritual Progenitor of the People of Rus’ Archpriest Artemy Vladimirov , Archimandrite Alypy (Svetlichny)

On the Spiritual Progenitor of the People of Rus’ Archpriest Artemy Vladimirov , Archimandrite Alypy (Svetlichny) Today’s people, who have resigned themselves to the name, “consumer” and “average person”, cannot even imagine what Prince Vladimir’s heart lived by when he was in his phase of a torturous search for faith, desiring to find some meaning for his life, and he sought out spiritual teachers to follow. 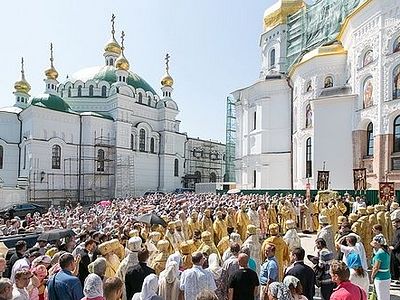 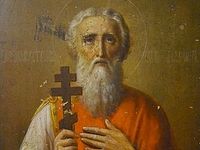 V. Legoida: “1000th anniversary of repose of Prince Vladimir should change many people’s lives” “The path of a Christian is the path from a beast to a human being – a creature who throughout his or her life experiences all the burdens of the fall in his or her personality and deeds. Our chief task is to succeed in becoming men in the time that God has given us (and we do not know how much is left),” the Church representative stressed.
Комментарии