On the Leave-taking of the Dormition 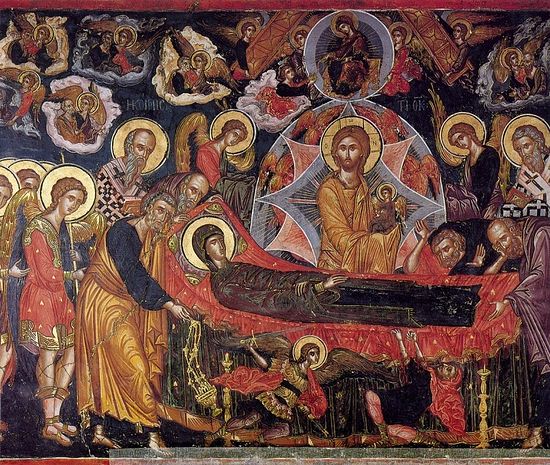 In the Name of the Father, the Son and the Holy Spirit.

We are still in the light of the Feast of the Falling asleep of the Mother of God. On Wednesday [2014—Friday] we are keeping the last day of this Feast which in the calendar is called the “Leave-taking” and which, if we translate the words properly from the Slavonic mean the “Handing-over”.

This feast, this event, occurred on earth. The Mother of God died; She fell asleep. In the Old Testament, the death of a person was something frightening because all mankind that had been separated from God through the sin of man, in death found itself also in a certain separation from God. It was not the glorious union for which we long, it was a (time) when the righteous enjoyed peace, rest, and the evil were separated from God, but there was no union between man and God. It is only the death of Christ upon the Gross, in an act of perfect Divine love, but also in an act of human acceptance of the Divine Will, readiness, and indeed actual fulfilling of our salvation in the tragedy of His bodily human death and His soul's descent into hell and (finally) His resurrection that broke this tragic separation.

Now, after His Resurrection, those who die, by the power of His resurrection, in the glory of His love could enter into that communion with God, which will be fulfilled at the end of times, as expressed by Saint Peter, as our partakers of the very Divine nature.

And the death, the falling asleep of the Mother of God, and also, as we believe according to Orthodox Tradition, Her bodily resurrection, shows us that all things are truly fulfilled by Christ—truly: She fell asleep, the sleep of all those who live on earth and come to a time when they can no longer reach out into eternity without breaking the bonds of the earth. But She Who by Her purity, Her faith, Her total gift of self to God have made the Incarnation possible could not be held, even bodily in the (bonds) of death; She rose again by the power of the Only Begotten Son Whom She had made the Son of Man.

And this “handing-over” of the event to God is, as it were, a promise to us—it happened on earth; it was with us all the time, but we cannot yet live in a full communion with this wonderful event of eternal life breaking the fetters of our human, earthly existence. It is handed over to God as a promise: we can look at what happened to Her with the certainty that it is also our destiny in the future. And so, we are not simply “taking leave” of a wonderful event: it is put into the eternity of God for us to (meet in it’s own time).

But the parable that was read today warns us that we must be watchful, that we must be faithful, that we must be truly human in order to become truly partakers of the Divine nature. In times past the prophets came, the witnesses of God came—they were rejected, murdered, stoned. We don't murder, we don’t stone, but we turn a deaf ear to Christ speaking in the Gospel, to the testimony of Saints. Or we accept them with joy for one moment, but then, we do not carry it out long enough, with enough determination. And when we hear Christ speak, we don't murder Him as the Jews did in the days of His flesh. Rather, we turn away, and we go our own way. Unless we turn back to God, unless we learn like the Mother of God live in God, and allow God to live in us, we remain strangers to the mystery of the Dormiton of the Mother of God—both Her death in purity and total, final surrender to God, and Her resurrection that is a return to the fullness She possessed in Him.

Let us reflect on it, and let us wait with hope for the time when we can say not only from faith, but from experience as Paul did, that death is not divesting ourselves from life temporal: it is clothing ourselves with eternity. 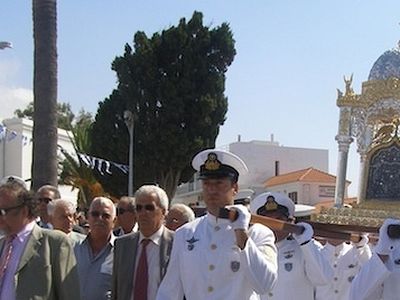 Greek Customs Across Greece on Dormition Day, August 15 Virgin Mary is a holy figure for Greeks not only because she gave birth to Jesus but because worshippers have connected Her with the Greek nation’s freedom in many cases. As a result, the mother of Jesus has been given several different names all over Greece as locals wanted to thank Virgin Mary for her aid in some of the woes they faced. It’s the same holy figure, having taken different names, though. 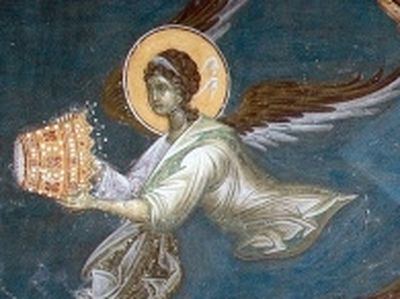 Gracanica Monstery of the Dormition—the Serbian Pearl Photogallery Gracanica is one of the pearls of medieval Serbian culture, and one of the most significant places in Serbian history and spirituality. With its name are connected many works of art and literature, beginning from the middle ages to our own times. In the fourteenth-fifteenth centuries, the monastery was at its height. There were hundreds of monks laboring there, leading intense spiritual lives and developing trades and handicrafts. 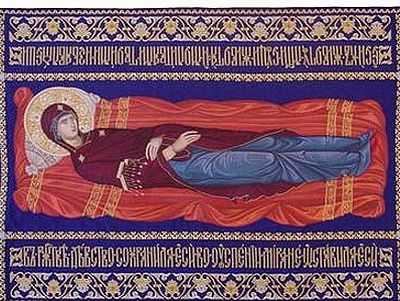 The Dormition is a Triumph of Life Metropolitan Anthony of Sourozh

The Dormition is a Triumph of Life Metropolitan Anthony of Sourozh How can we celebrate the Dormition? As a day of death? Only if we remember two things: First, that for us who remain on earth, death is the bitter, painful separation from our loved ones. But for the one who dies, death, dormition (falling asleep) is a triumphant, magnificent meeting of a living soul with the living God.
Комментарии