Program created to save a unique cave monastery in Georgia 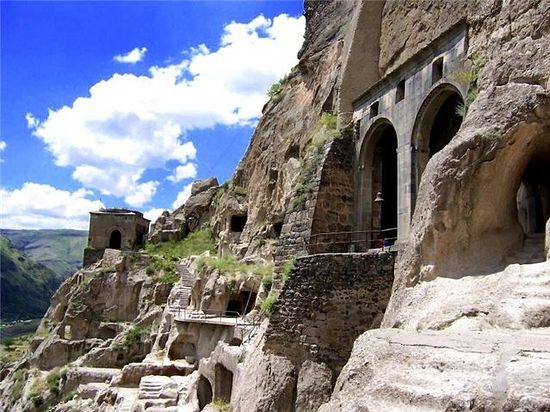 The Georgian government has resolved to start a project to save the cave monastery complex of Vardzia in the Samche-Javaheti region, reports Novosti-Gruzia.

Multidisciplinary research and a number of projects are scheduled for the first stage. 570,000 Georgian Lari (about $329,000) have been allocated from the government’s reserve fund to implement the four-year project.

“Charts of rock damage and rockslide risks will be created, and an initial assessment of the necessity for conservation will be developed. An improvement and a rehabilitation of the complex infrastructure are planned as part of the project. After strengthening two large boulders, the risk of destruction of a complex fragment will be eliminated and the safety of visitors and maintenance staff will be ensured,” reports the ministry.

Professor Claudio Margottini, the UNESCO consultant, will be in charge of the research work. International experts will be invited as well; together with Georgian specialists they will determine the methodology and techniques needed to save the monument.

Vardzia is the cave monastery complex dating to the 12th-13th centuries, in the valley of the Kura river, situated about 70 kilometers south of the town of Borjomi. This is an outstanding monument of medieval Georgian architecture.

The ensemble was constructed mainly between 1156 and 1203, during the reign of George III and his daughter queen Tamar at the southwestern border of Georgia. The monastery complex played an important role in the country’s political and cultural life. It was used also for the purpose of defense – there is a secret tunnel in the eastern part that goes down to the river.

Hundreds of rooms and passages connecting them were built inside the mountain, which stretched 800 meters along it, up to 50 meters deep, and 8 stories high. Among the rooms were refectories, cells, storage areas, and wine cellars.

After the establishment of Soviet rule in Georgia, scientific research on the monastery complex began and services stopped. A tourist base was first established there, and in 1938 the complex was declared a nature reserve. In 1970-1971 excavation work was carried out.

With the blessing of Catholicos-Patriarch of All Georgia Ilia II, services in Vardzia were resumed in 1989.

In September 2004 the monastery began its restoration work, and in 2007 The Ministry of Culture and Monument Protection of Georgia submitted a list of 15 monuments of culture and nature to UNESCO, with Vardzia among them. 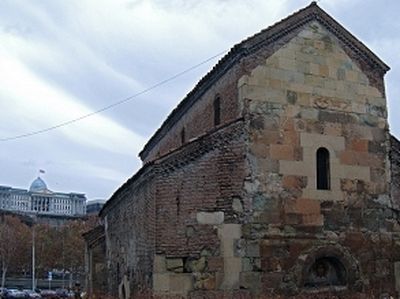 Georgia Diversifies Funding for Religion Georgia has announced plans to extend 4.5 million lari (upwards of $2.5 million) to four religious minorities to compensate for the repression of their religious rights under Soviet rule.

Cave presumably containing tomb of queen Tamar found Workers of a road brigade in Ingushetia have discovered an ancient cave after a landslide, which may contain either treasures of the capital of Alania or tomb of the Georgian queen Tamar. 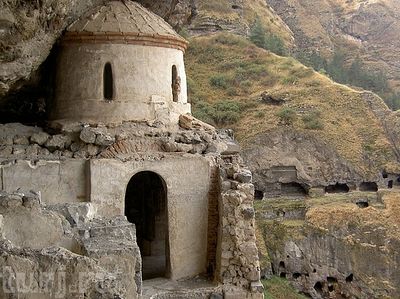