Dissenters take over Orthodox church in Rovno Region of Ukraine 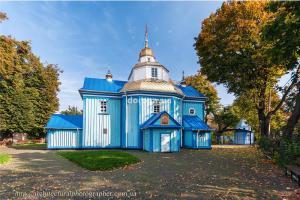 Representatives of the self-proclaimed Kiev Patriarchate and nationalists have taken over an Orthodox church in the village of Khodosy, Rovno Region of Ukraine.

"Several cars arrived and athletic young men got out. Some of them were wearing black camouflage uniform with yellow bands on their arms. Those people were most likely representatives of the Right Sector," Roman Ignatyuk, a local priest who witnessed the incident, was quoted as saying by the website of the Rovno Diocese of the Ukrainian Orthodox Church of the Moscow Patriarchate.

A prayer service was being conducted in the church when the incident occurred. The people who had arrived gathered outside and began holding a rally and voting on the issue of the church's affiliation. The believers locked the doors to the church from inside.

"They really started storming the church from the outside. They tried to cut off the lock on the main doors with a grinder, Eventually, they brought a crow bar and just tore the side doors of the right choir place," the report says.

The priests made several phone calls to the Ukrainian Security Service and the police, asking them to come. There was a police officer among the attackers. He did not prevent the violence.

The believers formed a human shield "to prevent the disorderly people from entering the church through the broken doors," the report says. The activists broke the central doors and threw a priest who tried to stop them out of the building.

"They grabbed me by the arm and leg and wanted to throw me out, too. But they couldn't. I was unhurt, they only tore off a button and a strap on my inner cassock," Father Roman said.

He said the dissenters, who were among the members of the group, tried to justify themselves by saying the village community had voted to join the "Kiev Patriarchate." 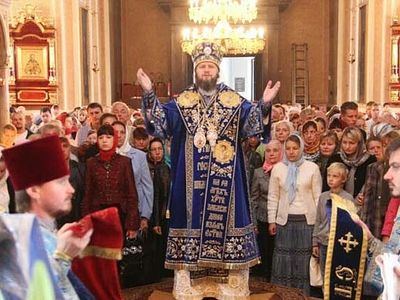 Calls for seizure of Orthodox churches in Sumy

Calls for seizure of Orthodox churches in Sumy Unlawful actions directed against the property of Orthodox communities have become more frequent in the Sumy region of the Ukraine.
Комментарии
reader Feodor Dumas27 сентября 2014, 05:00
Brothers of the Ukrainian Church, With you in my prayers ! We also pray for you at every services at St. Nicholas Cathedral (ROCOR) in Montreal, Canada. It's a shame that religion is used as political weapon. Shame also to so called "priests" of so called "Church". In the beginnings of Christianity, we would have say: "heretics" and "Heresy" ! Be firm in faith ! С нами Бог !