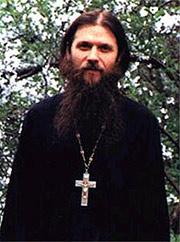 - One of the most significant events of the year 2007 was the restoration of canonical unity in the Russian Orthodox Church. It seems you always believed that this unification would come about.

- Yes. And even now, I can say in the words of Pushkin, “Friends, beautiful is our unity,/ Like the soul, it is unbreakable and eternal. / It was joined beneath the protection of…” the prayers of the Tsar Martyr Nicholas and St. John of Shanghai (whose body lived in America, while his soul visited our lands), the whole host of martyrs and confessors of Russia, and of course, the prayers of many thousands of Orthodox people, who thirsted and longed for this reunification. As a young Christian and school teacher I also longed for this with my whole heart. I sensed the unnaturalness of this temporary and painful separation amongst Russian Orthodox people. Particularly tragic to me were the words of Fr. Leo Lebedev, who emigrated abroad, and died, I believe, in America. He pessimistically forecasted that this reunification would never come to be—for certain reasons, and from the inertia of one or another side of the Russian Church. But it did happen.

When I was present at (unfortunately, not the service in the Christ the Saviour Cathedral) the farewell supper in Moscow given by Metropolitan Laurus, where five or six hundred people were gathered who had labored from meeting to meeting, conference to conference, on this difficult work of healing — the healing of Church separation — I felt what peace and calmness had descended upon human souls. I recalled the words of the poet Feodor Ivanovich Tiuchiev, which seemed applicable to the Russian Church during the days following the signing of the spiritual charter, “And a warm azure (of God’s grace) spread across the field at rest.”

Without a doubt, the process did not turn out to be as simple and joyful as the enthusiasts had imagined. Sluggishness of thought prevented some good Orthodox pastors and their flocks from responding positively with all their hearts to the miracle which had taken place. Only the words of Metropolitan Laurus console. When he was asked, “What do you think about this or that monastery or parish breaking off from the Church Abroad?” he shook his head and said, “Yes, this is undoubtedly a cause of bitterness to us. But we have gained the Pochaev Lavra, Valaam, Solovki, the St. Sergius Lavra.” May the Lord bring to reason the escapists who have headed towards the Gobi desert to celebrate and glorify their isolationism.

Nevertheless, as an Orthodox priest I am grieved when I think about Lesna Monastery, or about some parishes (about which I know only from hearsay) in the far away United States of America. But I likewise rejoice that we now are able to delight in the opportunity to serve Divine Liturgy together with our brothers, to glorify our Saviour with one mouth, and to approach a common chalice. This is the most important event not only of the year 2007, but of the beginning of the third millennium.

- In his interview with Foma magazine, Fr. Peter Perekrestov recalled your words regarding the Kursk icon of the Mother of God…

- After the Nogaisk warriors from the steppe sacked the Kursk Monastery, they slashed the Kursk Root icon of the Mother of God into two halves. For some time these two pieces lay in a swamp, but a certain clergyman found them, put them alongside each other, and they grew back together. I once told Fr. Peter that apparently the clergy would have to play the key role in the work of reunification, and the hierarchs’ mutual striving would only attain its goal once the clergy stretch forth their hands to one another. I remember how he hotly tried to convince me to quickly change over to the jurisdiction of the Rusian Church Abroad. He spoke quite skeptically of our, so to speak, “soviet” elders, and saw no bright phenomena in our spiritual reality. But time has passed, and we saw Fr. Peter at that memorable dinner…

- Fr. Peter recalled in his interview that while you were speaking of the Kursk icon, he was thinking to himself that this could never happen, that it was impossible.

- Yes, unfortunately there were many in the Church Abroad who were certain that a reunification would be impossible; for example, Fr. George Larin, who was and still is considered a great authority and respected by all. He was one of the most categorical opponents of the Moscow Patriarchate.

People’s impressions of the situation in Russia were formed basically through reading books and other printed matter, all of which was inevitably rather limited in comparison with reality; for after all, real life is always fuller, richer, and more complete than what we can imagine.

For example, when people ask me, “What do you have to say about the ideological leanings and impaired world-view of this or that ecclesiastical individual?” I always answer, “We receive those who are infirm in the faith without arguments about opinions. The opportunity to manifest our expression of brotherly love in Christ Our Saviour is so meaningful, that only after this can we cross spears in ideological discourse.” Sometimes it seems that the faultiness of a world-view can in no way be equaled to the individual himself, who has received the gift of the Holy Spirit in the bosom of Ecumenical Orthodoxy.

- Could you say a few words about liturgical reform?

- At a recent diocesan conference, His Holiness the Patriarch answered one question which was asked after five hours of reports. He placed very many written questions aside, but deigned to answer only one — he was asked about proposed liturgical reforms, about the reading, here in Russia, of Holy Scripture in the vernacular Russian (rather than Church Slavonic), about calendar reform, and about everything that is here and there being furtively propagated by whomever — injuring, impoverishing and undermining the whole wealth of Russian tradition. The Patriarch looked at all two thousand of us, and said, “We will never allow this.” This was pronounced with great authority.

We, the priests, should enlighten the people, raise them up to the heights of the Church Slavonic language, and explain depth of liturgical texts. We do not have the right to change anything accordingly to our own whim, or to re-shape what has been passed down to us as our inheritance by our fathers and great-grandfathers.

Archimandrite John (Krestiankin) once posed three questions to the now reposed Patriarch Pimen. He asked, “Will a reform in liturgical language from Church Slavonic to Russian be allowed? Will the Russian Orthodox Church ever change to the new calendar? How should we view ecumenism?” He received two categorical answers in the negative to the first two questions. As for ecumenism — after thinking a bit, the Patriarch said, “Well, of course, I suppose we can have a cup of tea with them [the ecumenists], and that should be the extent of it.”

- With the reunification of two branches of the Russian Orthodox Church having been fulfilled, a desire on the part of the Ukrainian Church to break off seems particularly dissonant…

- We hope that the Ukrainian land will give birth to a new Bogdan Khmelnitsky.[1] And with all due respect for the style of his clothing, Sapiega[2] will have to yield to the sovereign will of the best examples of our nations. The best examples of our nations will yet pronounce an authoritative word in favor of our ancient, but ever new, unity. Kiev was, and still remains, the mother of Russian cities.

[1] Bogdan Khmelnitsky (1595 - 1657) was a hetman of the Zaporozhian Cossack Hetmanate of the Ukraine. He led the uprising against the Polish-Lithuanian Commonwealth magnates (1648 – 1654) with the goal of creating an independent Cossack state. In 1654 he concluded the Treaty of Pereyaslav with the Tsardom of Russia, which resulted in the unification of the two nations. (From the Wikipedia.)

[2] Leonas Sapiega (1567 – 1633). He became Great Secretary of the Grand Duchy of Lithuania in 1580, Great Clerk of the Grand Duchy in 1581, Court Chancellor of the GDL in 1585, Grand Chancellor of the GDL from 1589 until 1623, Voivode of Vilnius in 1621, Great Lithuanian Hetman in 1623 and starost of Slonim, Brest and Mogilev. Sapiega participated in the unsuccessful campaigns of Stephen Batory of Poland against Muscovy. (From the Wikipedia.) He died according to the prophecy of St. Irenarch, the recluse of Rostov (+1616), who told him to leave Russia, lest he perish during his military campaign there. Sapiega did not listen, and indeed died. 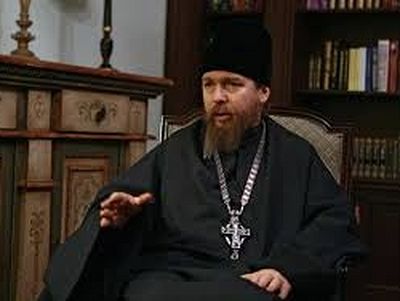 The Emigration of Faith An Intevrview with Archimandrite Tikhon (Shevkunov)

The Emigration of Faith An Intevrview with Archimandrite Tikhon (Shevkunov) It is symbolic that Vladyka Laurus died on the first Sunday of Great Lent, the feast of the Triumph of Orthodoxy. His spiritual and historic role in the life of the Church served exactly that—the triumph of Orthodoxy. The Prior of Moscow’s Sretensky Monastery, Archimandrite Tikhon (Shevkunov) talks with Russkaya Gazeta about Metropolitan Laurus’ role in the unification of the Churches. 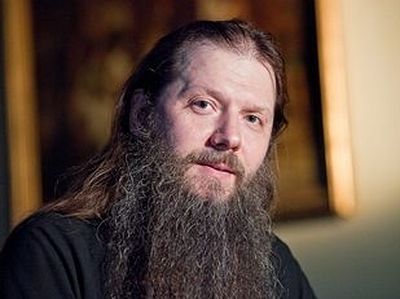 Online meeting of Archpriest Artemy Vladimirov with parents of handicapped children Parents of children with special needs always have many questions to priests. Such families need spiritual guidance particularly. Fr. Artemy answered the most frequent questions.

Hold Fast to What You Have Russia through the Eyes of an Orthodox American Olga Kirianova, Peter Lukianov I had goose bumps, and unexpectedly began to cry like a baby. I am standing in church, tears flowing, and I cannot comprehend where I am. It is impossible to relate this in words. Three minutes ago, I was walking along dirty and busy streets of a bustling modern city, and suddenly I am in paradise!
Комментарии
Войдите через FaceBook ВКонтакте Яндекс Mail.Ru Google или введите свои данные: