On September 21, the feast of the Nativity of the Mother of God, a Russian Orthodox church was consecrated in Epinay-sous-Senart near Paris. According to the version by the radio France Bleu, the unveiling of the Russian church was included in Top 20 events of the National Heritage Days in the Paris region. 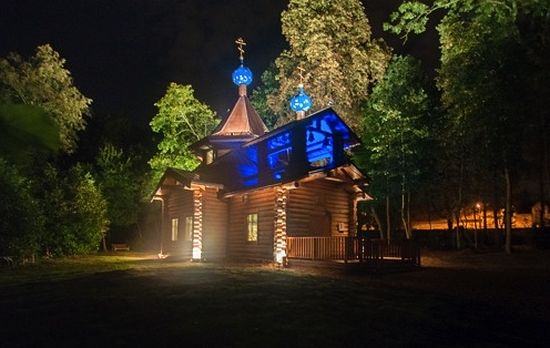 Every year France and other European countries host the National Heritage Days (French: Les Journées du Patrimoine). On this day millions of people are given an opportunity to visit historic sites usually closed to the public (for example, Elysee Palace), and take part in concerts and festive events. 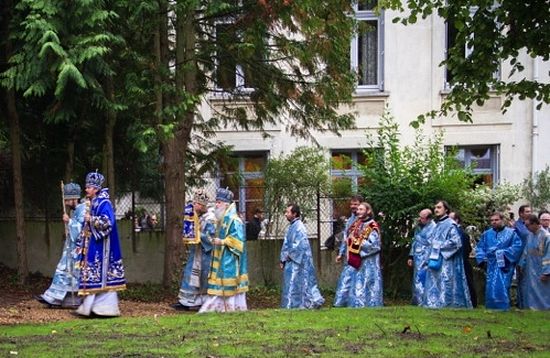 In 2014 the Paris radio France Bleu has made up the Top-20 list (from more than 1500 candidates) of the Paris region’s major places and events within these days.1

The opening of the Russian Orthodox Church of the Nativity of All-Holy Theotokos in Epinay-sous-Senart ranks sixth.

This is a wooden church of the Russian Theological Seminary, situated in a small suburb of Paris, on the street called Rue Sainte Genevieve (Venerable Virgin Genevieve: c. 422-500, commemorated on January 3—the Holy Patroness of Paris). Russian Orthodox students as well as students from other countries, for example, Haiti, study, pray and live at this seminary.

The Paris media talked much about this church over the past weeks: the Le Parisien and La Croix newspapers gave reports on the church, while France Bleu prepared a radio program with the seminary students.

It was decided to dedicate the church to the Nativity of the Mother of God. On September 21 at 9 A.M., the consecration began. Hierarchs, priests and laity went out of the seminary home church and walked in a cross procession towards the new church. 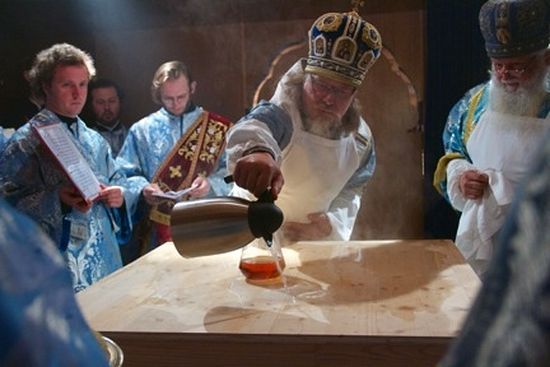 The consecration was performed by four hierarchs: Archbishop Mark of Yegorievsk, Bishop Nestor of Korsun, Archbishop Michael of Geneva and Western Europe, and Archbishop Job of Telmessos. The seminary rector, Hieromonk Alexander (Sinyakov) as well as other clergymen from Russian parishes in Europe also took part in the consecration. The seminary choir sang during the service.

After the church consecration the Divine Liturgy began. Two ordinations were conducted during the Liturgy. 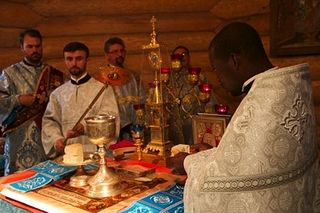 The Haitian seminarian Deacon Augustine Gesnel was ordained a priest by Archbishop Michael of Geneva. The graduate Ivan Dimitrov from Moldova was ordained a deacon by Bishop Nestor of Korsun.

After the Liturgy Archbishop Mark of Yegorievsk greeted those present on the feast of Nativity of the All-Holy Theotokos and conveyed greetings and blessings from His Holiness Patriarch Kirill of Moscow and All Russia. 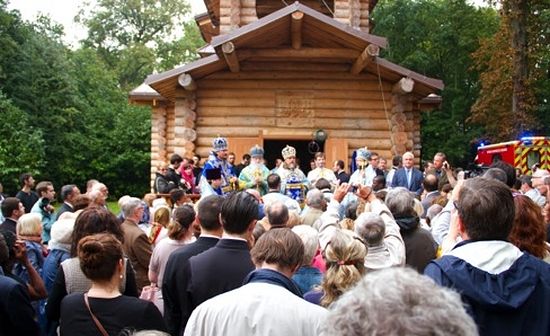 In his sermon the archbishop noted the symbolical link between the foundation of the new church and the feast of the Nativity of the Most Holy Virgin, Who is glorified in Orthodox hymns as “a holy temple, the container of the Godhead“.

Head of the icon-painting workshop Natalia Alexandrovna Chikrizova, who had made the church iconostasis, was also awarded the Patriarchal medal of Venerable Andrei Rublev (the most famous Russia’s iconographer) by Archbishop Mark. 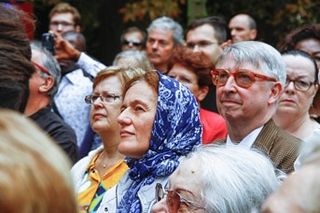 Archbishop Mark, ambassador A.K. Orlov and mayor G. Pujals unveiled a memorial plaque that relates the history of foundation of the church.

The celebration lasted the whole day. Clergy, seminary students, town residents and tourists gathered together at a stand-up party in the seminary courtyard. Several thousands of people were here throughout the day in all. In the evening the seminary choir performed church chants in French and Church Slavonic as well as Russian folk songs. 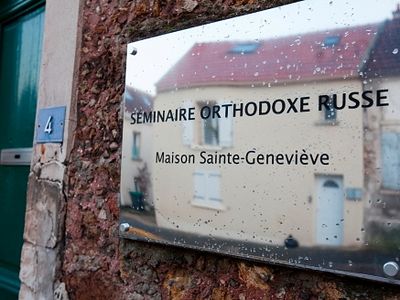 Post-graduate studies representative visits the Russian Theological Seminary in Paris On December 1–2, 2010, at the blessing of Metropolitan Hilarion of Volokolamsk, the secretary of the Sts. Kirill and Methodius Education Council for general ecclesiastical post-graduate studies, A. I. Mramornov, visited the Russian Theological Seminary in Paris, where he acquainted himself with that institution's activities, and met with its rector, Hieromonk Alexander (Sinyakov), reports DECR Communication Services. 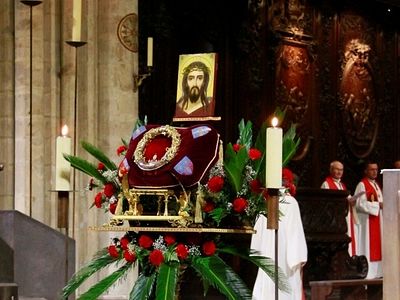 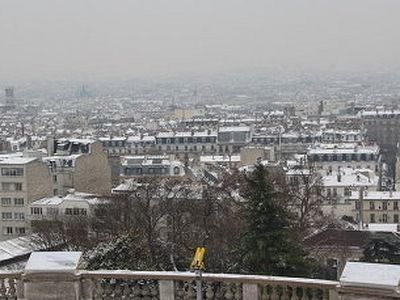 Russian, French experts discuss project to build Russian Orthodox center in Paris A Russian-French working group for the construction of a Russian Orthodox religious and cultural center on Branly Embankment in Paris has met for the first time.
Комментарии