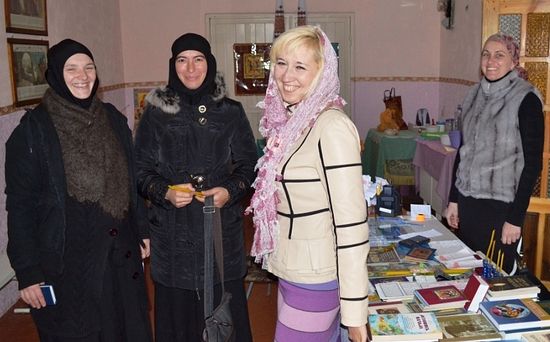 On October 15, 2014, a solemn joint Divine Liturgy was celebrated at the Church of Sts. Cyprian and Justina (the Lugansk psychoneurological dispensary) of the St. Olga’s Convent in Lugansk on its patronal feast day—it was the first of all the convent’s churches to suffer damage from the artillery shelling. Now it has no electricity and heating. 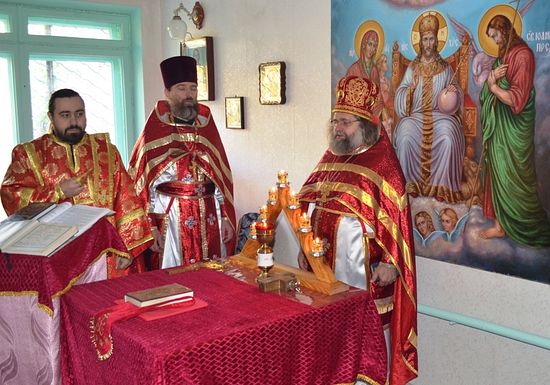 By tradition after reading of the Gospel Archpriest Oleg Mishin read a brief life of Sts. Cyprian and Justina to the parishioners gathered there in large numbers. 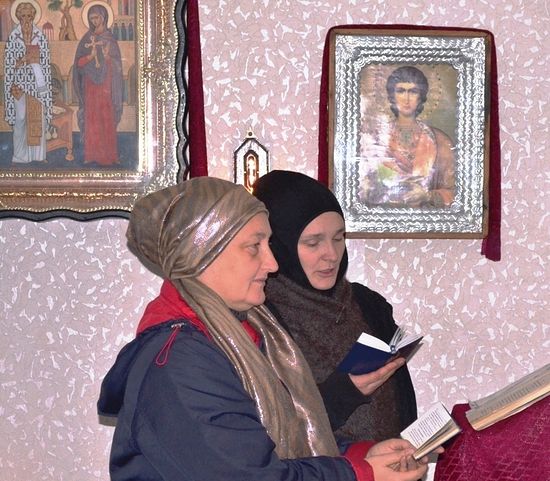 By the end of the Liturgy, Archpriest Andrei Dubina delivered a sermon of exhortation to all those present, paying a special attention on the fact that, according to the life of Sts. Cyprian and Justina, sorcerers and demons are powerless to do any harm to people who have sincere faith in our Lord Jesus Christ, who make the sign of the cross to protect themselves, and who lead a Christian, God-pleasing life according to the commandments of God. 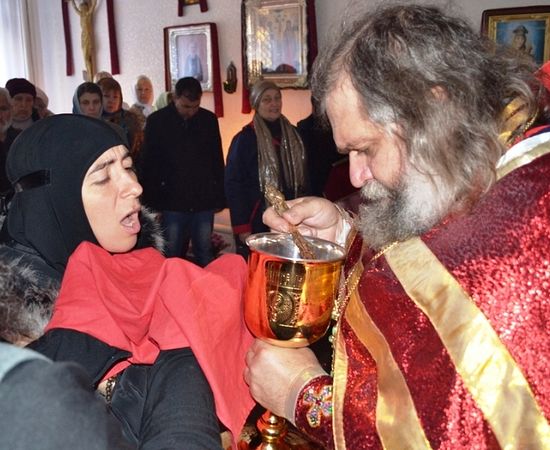 After the Liturgy, all the worshippers were invited to the festal, meal after which an Akathist to Sts. Cyprian and Justina was served with the blessing of waters. 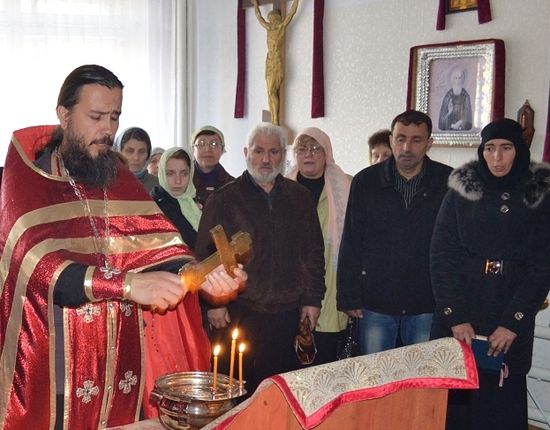 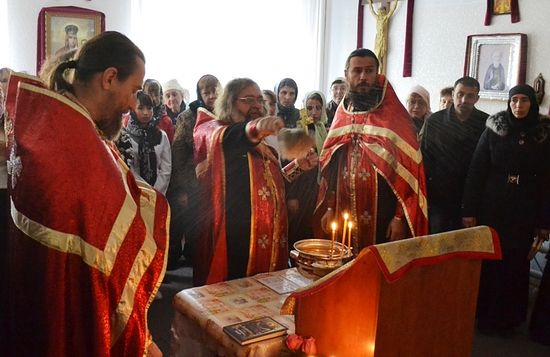 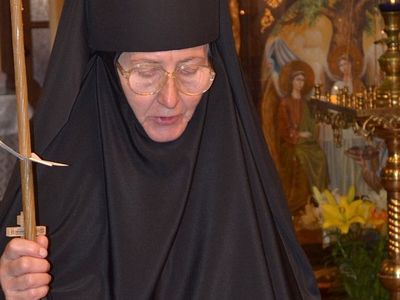 Tonsure performed at the Lugansk convent during artillery shelling By the mercy of God, after the tonsure ceremony was over, the cannonade calmed down and did not disturb the silence in the city for the rest of the day and for the following night.

Ukrainian artillery shells convent in Lugansk On July 4, 2014, a little past 3 AM the Ukrainian army, coming very close to Lugansk, fired artillery against the regional clinical oncological dispensary of Lugansk, where the St. Olga’s Convent is located.

St. Olga's Convent in Lugansk damaged from shelling, sisters evacuated After the first volleys the convent sisters and clergy stopped the reading of Akathists and services of need and managed to get to the bomb shelter. There they spent three bad hours in anxiety and prayer. The violent shaking of the walls and ceiling of the shelter showed just how powerful and close the explosions were. 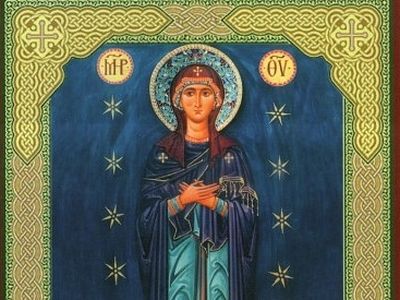 St. Olga's Convent: dependencies suffering from combat operations as before 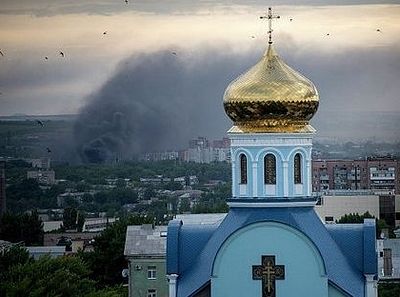 Priest in Lugansk: “Nobody even thought of going away, of leaving the church and parishioners” Rector of the Church of the Icon of the Mother of God, “Of Tender Feeling” in Lugansk Archpriest Alexander Ponomarev has related how priests and parishioners went through the terrible months of war. 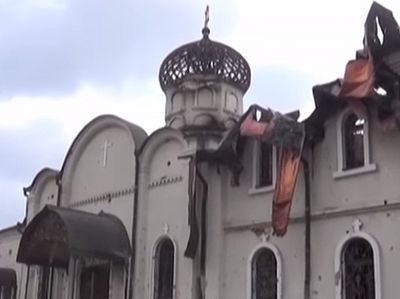 Ukrainian army shelling Iveron Convent in Donetsk One of the volunteer corps members who currently guards the church has reported that the convent is regularly shelled from the airport side. “Every day they fire at us, lay mines and other ammunition,” the self-defense forces representative related.
Комментарии