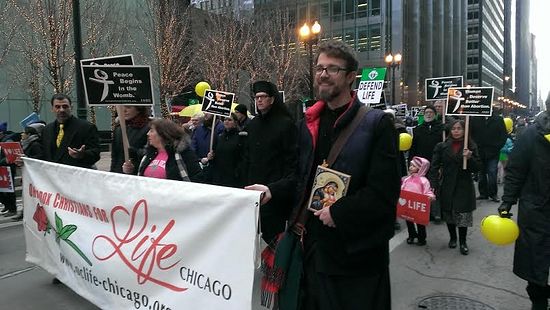 Clergy and faithful of the Diocese recently took part in two Pro-Life Marches marking the 42nd Anniversary of the Supreme Court Ruling Roe V. Wade which legalized abortion in all 50 states in the USA. 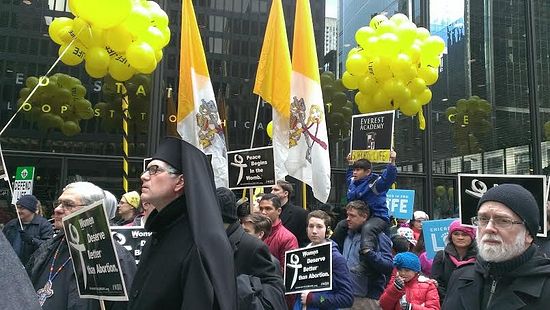 On Sunday, January 18, 2015, Fr. Jonathan Bannon, of Christ the Saviour Orthodox Church of Rockford, IL along with faithful from the Chicago Deanery, joined the Orthodox Christian's For Life - Chicago at a Pro-life Rally at Federal Plaza in downtown Chicago. Following the Rally, the attendees marched along the Streets of Chicago singing and praying. In all over 3500 people of all faith traditions were in attendance. This year's marked the 10th anniversary of the Chicago-based pro-life march.

On Thursday January 22, 2015, under a beautiful blue sky and a warm sun, Fr. Peter Zarynow, Dean of the Washington, DC Deanery, along with other deanery faithful, joined tens of thousands of people from all over the country who came to Washington DC for the 41st annual “March for Life.” Among those in attendance were 3 Bishops and numerous Clergy, Seminarians and faithful Orthodox Christians marching under the “Orthodox Christians For Life” banner. As they marched from the National Mall to Constitution Ave, past the Capital Building and finally to the Supreme Court Building they raised their voices in song giving honor to the Mother of God and singing portions for the Resurrection Matins. Finally, in the shadow of the Capital, the marchers gathered in peaceful park to sing a Panachida and venerate an Icon of the Mother God greeting Elizabeth, with images of our Lord Jesus Christ and John the Forerunner in their wombs. 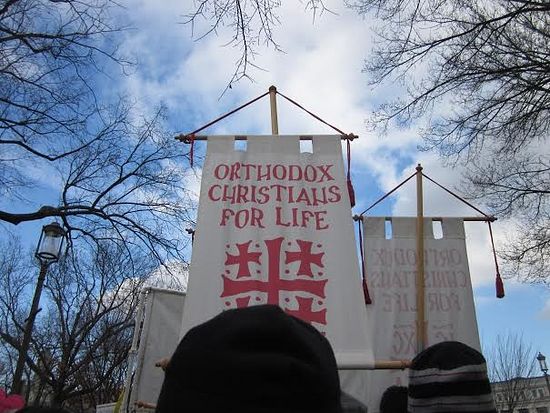 The “March for Life” is held annually on 22 January to remember the 1973 Roe v Wade decision that legalized abortion in all 50 States. The first March was held in 1974 and each year all in attendance hope that our nation begins to once again respect life, and that they will not have to march again. We pray that day will come. 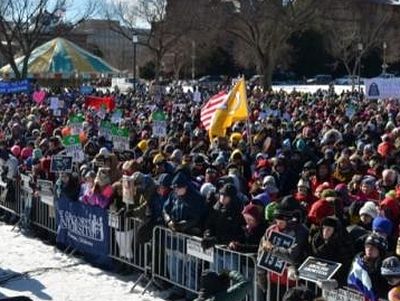 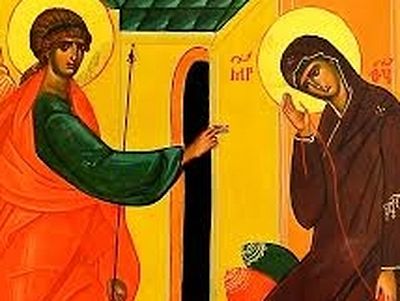 Sanctity of Life Sunday 2015 Metropolitan Tikhon of All America and Canada Today has been designated by the Orthodox Church in America as “Sanctity of Life Sunday,” a day on which we re-affirm our faithfulness to the eternal value of human life and re-commit ourselves to the defense of the lives of the unborn, the infirm, the terminally ill and the condemned. 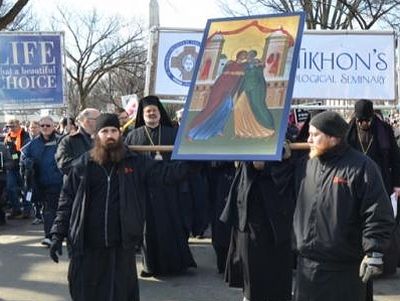