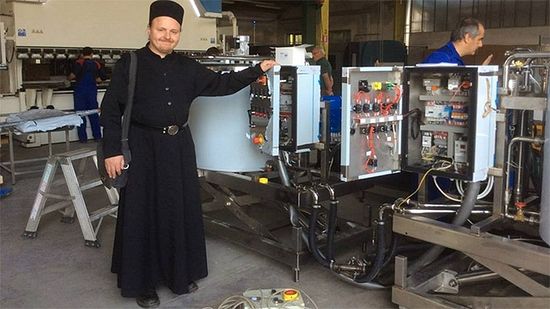 If Russians suddenly get a craving for Italian cheese despite a ban on agriculture products from Italy, they know where to get it, Russian Orthodox monks living in a remote monastery on an island in the vast country hold the key.

Monks at the Eastern Orthodox monastery at Valaam recently announced they have set up a mozzarella factory and that they expect production to begin in December, BBC News reports.

The iconic monastery is located in the Russian Karelia on Valaam Island on Lake Ladoga, in the northwest. It is the largest lake in Europe, Russia Today reported.

The date the monastery was established is not clear, but historians put it somewhere in between the 10th and 15th centuries.

Citing Valaam's Facebook page, the report said Monk Agapy, the monastery's agricultural chief, was sent to Italy for a week early October to learn from the local craftsmen.

The mission was to learn how how to make several varieties of cheese such as mozzarella, morlacco, smoked ricotta, bianca and caciotta, among others.

The monk's training was to complement the procurement of a cheese-making equipment, said the monastery, which is nestled 22 kilometers (14 miles) offshore.

The announcement comes during a trade ban imposed by Vladimir Putin's government in retaliation to the European Union for enforcing economic sanctions on Moscow over its role in the Ukraine crisis.

Mikhail Shishkov, a spokesperson for the monastery, said most of the cheeses produced will be for internal use in the monks' and pilgrims' refectories.

"But a little may be sold on the external market," Shishkov told The Telegraph.

The spokesperson recounted that its abbot, Pankraty, had ordered Father Agapy to make the trip after new milk and cheese-processing machines were bought for Valaam's booming farm from an Italian firm.

The monastery is planning to product up to 350 kilos of cheese a week, a portion of which will go on sale at less remote religious communities in Russia, reported BBC News.

But Shishkov clarified that the decision to open up a mozzarella factory was not connected to the yearlong import ban on food.

The food ban, which bars the entry of beef, pork, fruits and vegetables, poultry, fish, cheese, milk and other dairy products from the countries of the European Union, the United States, Australia, Canada and Norway, was announced on August 7 by Russia's Prime Minister Dmitry Medvedev.

President Putin is a frequent visitor to the Valaam monastery, considered a beacon of Russian Orthodoxy. Monks there have a small herd of cows, a vineyard and plots of potatoes, the telegraph reported. 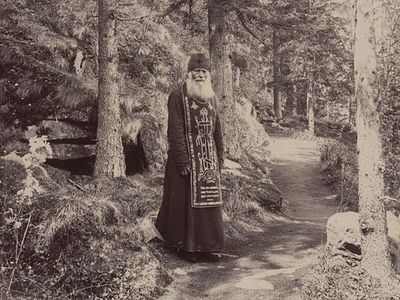 The exhibition, “Spiritual links between Russia and Greece: Valaam and Mt. Athos” opens in Athens